So you’ve bought a 360 camera and want to start shooting some awesome 360 video. After you’ve shot your video you’ll probably want to do a bit of editing; trimming, color correction, filters, add text, sounds simple enough right? Unfortunately no. 360 video is special and therefore the normal editing programmes and apps won’t work, you’ll need to use ones that are specifically deigned to edit 360 video. Thankfully there are now more a few excellent software options (both free and paid) out already that will allow you to easily edit 360 video. I’ve included links to where you can download each piece of software/app below.

Every 360 video connects to a smartphone for full functionality so the quickest way to edit your 360 content is to do so on your phone. This is particularly useful if you just want to make a few simple edits rather than anything too complicated. There are dozens of apps in every app store that lets you do this, but they don’t all work well. I use 4 in particular to edit my 360 photos/videos, add filters, combine footage and create animations; if you download just these 4 apps you should be sorted for editing your 360 content on the go.

Insta360 is the official app for the Insta360 Nano and Air cameras, but even if you don’t own either of these cameras I still recommend downloading this app. From the Insta360 app you can edit your 360 media from any camera to create unique animations that really take advantage of the full 360 degrees.

You can apply filters and make other minor changes with just a few taps and you can easily share to Facebook, YouTube and Instagram. I personally use this app frequently to turn my 360 photos into animated videos that look around the entire image and to create tiny planets.

The app is available to for both Apple and Android:

The collect app is a 360 video editing app available on the App store for both Apple and Android phones. The Collect app is one of the first to be designed specifically for editing 360 video; it allows you to merge clips together, add music and change the starting view of your 360 clips.

There are several other apps that can do similar things, but the Collect apps interface is perfect for mobile use and makes it really easy to edit your videos. Once you’ve finished editing you can preview your new videos then either save them to your device or share them. I use the collect App when I’ve shot a few short 360 videos in the same location and want to merge them into an easy to watch longer video, the controls and interface allow me to do so in just a few minutes. 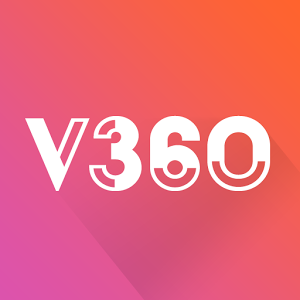 The V360 is very similar to the Collect app in that its specifically designed for editing 360 video. Select any 360 video from the app and you’ll be able to preview it in full 360 mode, merge slips, shorten or delete sections and add music. The functionality of the V360 is fairly basic but really easy to use and could be a great alternative if you don’t get on with the more unique style of the collect app. 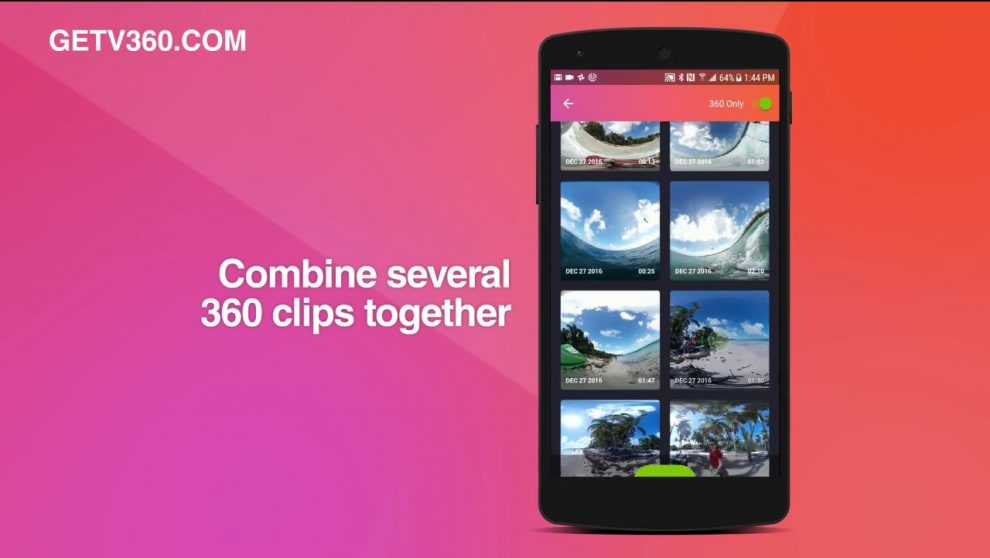 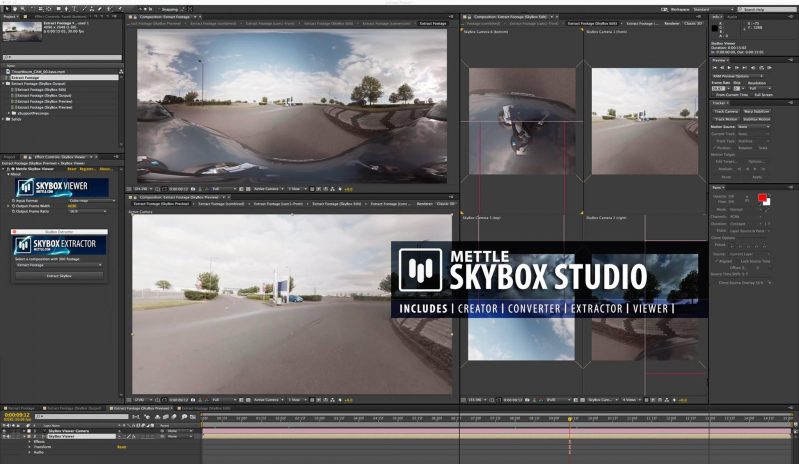 This is the only paid for software on this list, but is definitely worth it if you want to get serious when creating 360 videos. Mettle Skybox is a plugin for Adobe Premiere Pro and After Effects, it allows those programmes to work with 360 video and apple advanced effects to both photos and videos. Using this plugin, you can graphics, titles and animations to 360 video and they will be rendered in the correct format. See below for a very basic example of what it can do. 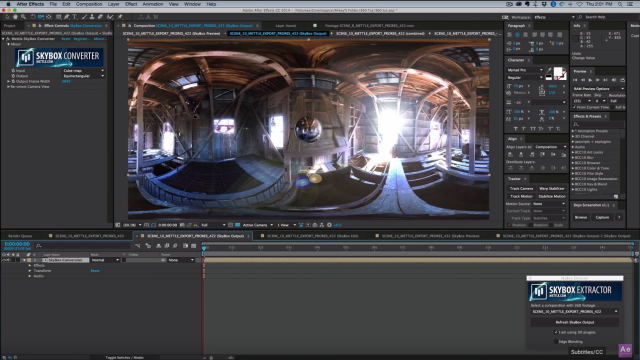 This is only a small taste of the capabilities of this plugin, but I wouldn’t have been able to add images or text to a 360 video like this any other way. If I had used a different programme, or even Premiere Pro without this plugin, the added images and text would have appeared warped and unusable. 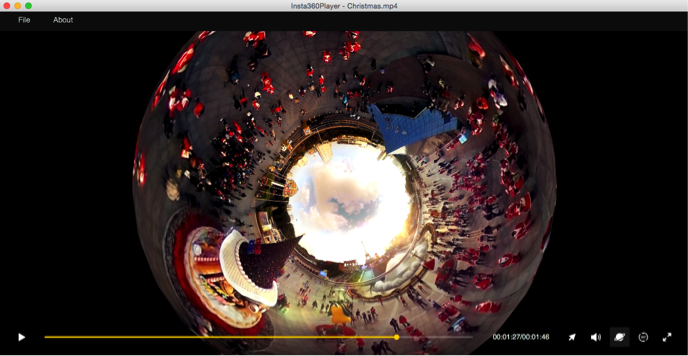 Insta360 studio is a great programme for creating standard videos from your 360 videos. It’s a desktop version of the Insta360 app mentioned above, and has greater functionality. Take a look at the video I made below using the Insta360 Studio. 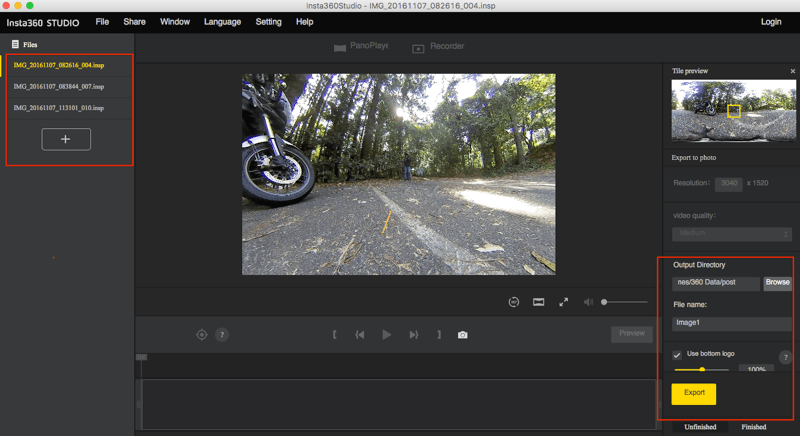 The programme allows you to create anchor points in your video that the camera will follow, so if you have a particularly interesting point in your videos that you want  your audience to see, you can create an anchor point which will force the camera to face that direction. You can also create amazing tiny planet videos and apply other effects using this free programme. The programme is very easy to use and works with video from every 360 camera I’ve tried. The Insta360 Studio is certainly one of my mos trusted programmes when I edit my 360 video and I think you’ll make great use of it too. 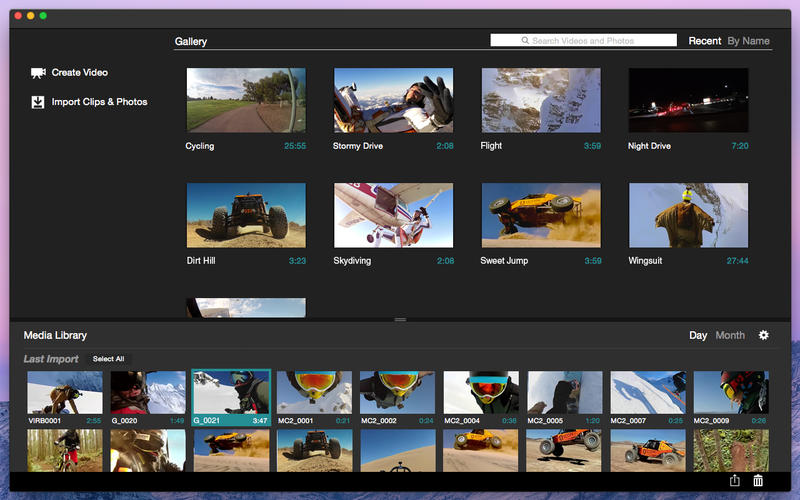 The VIRB Edit programme is a free editing suite from Garmin, one of the top action camera producers. Garmin recently updated VIRB Edit to allow 360 video to be directly edited on it, this was due to the recent release of the Garmin VIRB 360, their first 360 camera. 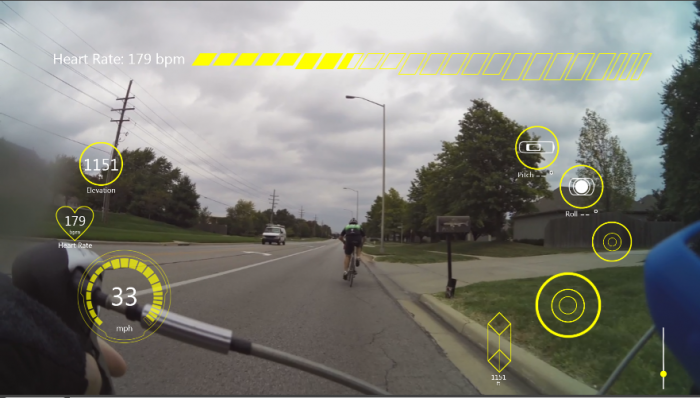 Virb edit will allow you to add titles and text to your 360 video, one of only a few programmes that can do this properly. You can change the orientation of the video and add transitions which are specifically designed to look good on 360 video . This is a pretty advanced editing programme considering it’s free.