New Samsung Gear 360 ‘Pro’ to be released next year

Samsung hasn’t even fully released it’s current 360 camera and yet there is already discussion brewing about it’s successor, the Gear 360 Pro, which is rumoured to be in development. 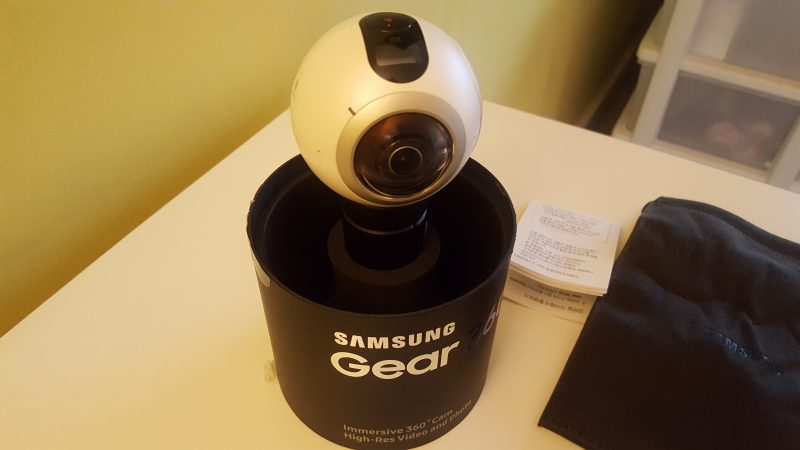 According to the technology blog Sammobile.com, Samsung is developing its next generation 360 camera to launch along side the Samsung Galaxy S8, which is expected to be available in Spring next year.

The Samsung Gear 360 was released in selected markets earlier this year, but there has not been a major release and it is still unavailable in many countries. This announcement of another 360 camera so soon may confirm suspicions that the Gear 360 was developed as a way to test the market.

If the rumours are true then clearly the Samsung Gear 360 has matched or beaten their sales expectations. The camera has certainly been well reviewed and is considered one of the best consumer 360 cameras available right now.

So what can we expect from the Gear 360 Pro? No official details have been released but I suspect that the maximum video resolution will increase, taking it over the 4K barrier and ensuring 360 video looks crystal clear on a VR headset. The stitching on the original Gear 360 can sometimes be obvious, so maybe a software update could fix that.

I don’t think Samsung need to do too much to stay ahead of the game in the 360 camera market. Focusing on video quality and keeping the price point low will ensure that the Gear 360 Pro is an even bigger success than its predecessor.

I’ll keep you updated on future updates regarding the Gear 360 Pro on facebook, reddit and via email