GoPro Fusion vs Garmin VIRB 360 – Which is the best 360 Action Camera?

GoPro will finally release their Fusion 360 camera in November after over a year speculation. This will be GoPro’s first foray into the consumer 360 camera market which appears to be booming. GoPro have a reputation for creating excellent action cameras, but a rival company has beaten them to be the first to make a 360 action camera. Garmin released the VIRB 360 camera several months ago and I’ve been using it regularly. Like the GoPro Fusion, the VIRB 360 is an action camera that can shoot in 360, it’s waterproof and has a feature similar to the “overcapture” feature that’s been demoed with the Fusion.

If you are thinking of getting a prosumer action camera than can shoot in 360, you’ll likely be choosing between these two devices. Let’s take a look at the details, as well as some video examples, which may help you decide which is the best for you.

GoPro is hoping that its Fusion camera will change its fortunes. The company has struggled against cheap competition in the action camera market. In comparison, the 360 camera market is smaller and GoPro is not the most expensive device around.

The Garmin VIRB 360 is the most expensive consumer 360 camera yet (although it’s just received a price cut), but it also has a huge amount of features. For a start, the VIRB 360 can shoot 5.7K 360 video, more than any other including the Fusion. The higher resolution the better when it comes to 360 video, and every pixel counts! The VIRB and GoPro are both waterproof right out of the box, but the Garmin can go under up to 10 metres vs only 5 for the GoPro. 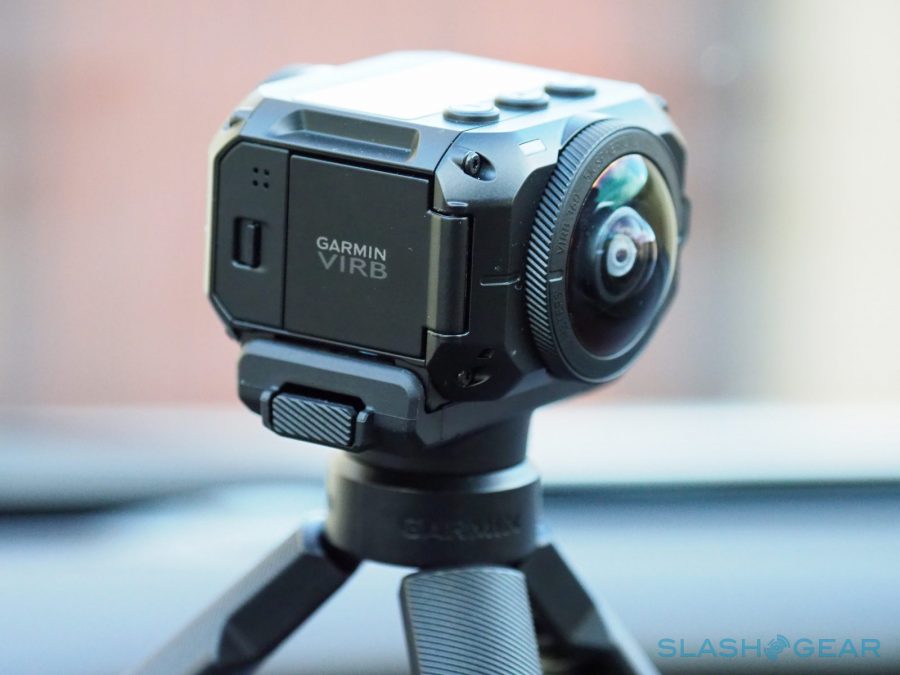 If 360 photography is important to you, then you should take note that the GoPro shoots larger photos at 18 megapixels compared to the VIRB 360’s 15. To be honest, both of these cameras are very much focused on video and I would recommend the cheaper Xiaomi Mijia Mi Sphere if you are looking for a 360 photography camera. 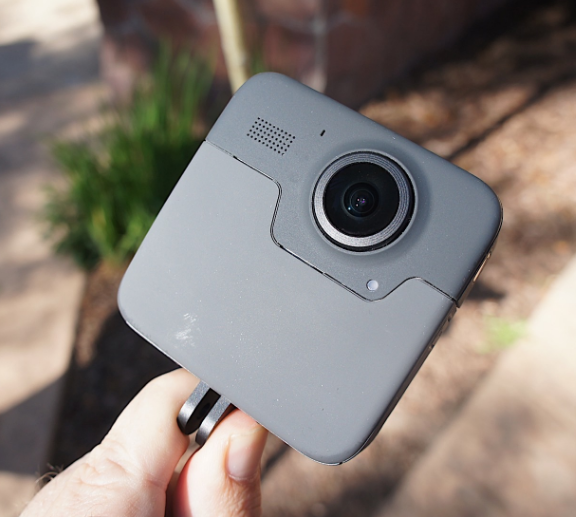 Both cameras feature stabilization, which is extremely important for shooting 360 video. The VIRB 360 has several stabilization options, all of which work well. GoPro claims their software stabilization will be as good as using a gimbal. If true this would be extraordinary, but only demo footage has been released so far.

Where the Garmin struggled initially was in the software department. At release the VIRB 360 was very buggy and some features were difficult to use, but after several firmware updates these issues have largely been fixed and new features added.  GoPro is well renowned for creating user friendly software, and they’ll have to maintain this if they are to compete with the VIRB.

What the VIRB does has that the Fusion does not is the ability to add augmented overlays to your footage. The VIRB Editing software/app uses the sensor date from the camera to produce data overlays on your videos. Take a look at the footage below for an example.

While the GoPro Fusion has plenty of sensors itself, there is no mention of any similar feature.

Lets take a look at some more video from both cameras now. I should note that the only video shot with the Fusion available online comes from GoPro themselves, so take it with a pinch of salt.

Both of these cameras come with a video editing mode that allow you frame your 360 video into a flat 1080p video. GoPro call it Overcapture and Garmin call it Hypercapture, but they achieve a similar purpose. The idea is that you can use one 360 camera instead of multiple camera to capture the environment around you. Check out the video below to see what this might look like.

This type of footage could become the most popular use of 360 cameras as it makes them useful for people without an interest in VR, so it’s important that it’s done right. To achieve this effect with the VIRB 360 you need to use the VIRB Edit desktop software, which works well but isn’t an advanced software package. Apparently you’ll be able to create an Overcapture video with the Fusion using the GoPro app, which would not only be more intuitive but quicker.

So which is better?

To be honest, it’s quite hard to tell. On paper the VIRB 360 has superior specs, with 5.7K resolution and more stabilization options. GoPro Fusion users have also experienced issues with software and long rendering times; it’s also slightly inconvenient that the Fusion required two SD cards.

But even though the resolution of the VIRB is higher, the Fusion lenses seem to be superior as the video it shoots is slightly clearer, however it may be hard to tell for the average viewer. The Fusion also has a more advanced “overcapture” feature which can also be achieved using a phone app (when it works!),

Both the VIRB and Fusion are excellent 360 action cameras with solid hardware and both will shoot better quality 360 video than any other consumer 360 camera. Since the Fusion was released the VIRB has received a $100 price cut, so they are both even on that front too. I would personally go with the VIRB 360 if I had to choose between the two, primarily because I really like the G-Metrix overlay that’s not available on the Fusion.

GoPro Fusion is available to Order from GoPro

Garmin VIRB 360 is available on Amazon

Which 360 camera works best in low light? Let's find out!