One of the biggest issues for VR adoption has been a lack of affordable headsets that give a good experience. Headsets are either very cheap like the Google Cardboard, which don’t really offer a true VR experience, or extremely expensive like the Oculus Rift or HTC Vive. Well now there’s a cheaper alternative from Microsoft that promises to give a true VR experience without the huge cost. There are now multiple Windows Mixed Reality Headsets, they all look different and they are all made by different tech companies, so which one should you get? I’m going to take you through the differences between all of the Windows Mixed Reality Headsets

As you can see many of the mixed reality headsets are very similar to each other, with the main differences being in style and design. In case you have no clue about what the specs actually mean let me clear them up for you.

Resolution: Again the higher the better because a higher resolution screen equals a clearer image when you use the headset. Most of the WMR headsets have a total resolution of 2880 x 1440 which equates to 1440 x 1440 per eye. The Oculus rift and Vive has a per eye resolution of 1080 x 1200, so the WMR are actually slightly better in this regard. I should point out that resolution isn’t the only factor in determining the image quality of a VR headset. The only WMR headset that has a slightly different resolution is the Samsung Odyssey which has more pixels. 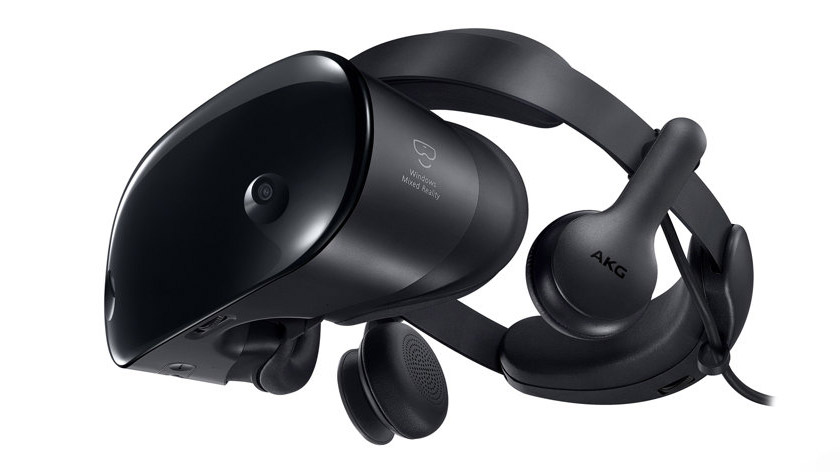 Screen type: For VR headsets OLED screens are superior to LCD screens. OLED have a better contrast ratio and deeper blacks, as well less blurriness when moving your head. Most WMR headsets use LCD screens apart from the Samsung Odyssey which uses a superior OLED screen, this along with the slightly higher resolution screen makes the Samsung Odyssey the clear front runner in terms of image quality.

Pixels Density: This is one of the most important features to look at when choosing a VR headset. The higher the pixel density the easier it will be to see finer details such as writing and textures. The Windows Mixed Reality headsets have a pixel density of 706ppi, which is pretty average. Compared to the HTC Vive’s 1080 ppi the WMR screens will certainly not be as realistic

So after considering all of this, which WMR headset is the best? It would appear that the Samsung Odyssey is the more advance headset, with a better screen and higher resolution. It’s also the most expensive by quite some way but will likely give you a VR experience more similar to the Vive and Rift than the other Windows headsets.

The other headsets are nearly identical apart from design and price. Some come with different tracking features and sensors, but in reality this won’t make a huge amount of difference.

The HP Windows headset is the cheapest out of the group, however it also has the lowest field of view, however the other specs are broadly similar. The most expensive (apart from the Samsung) is the Acer Headset, which has a high field of view along with the most sensors. The Acer is likely to give you a better experience and is also the lightest in terms of weight, which is important if you intend to wear your headset for extended periods of time.

What about desktop compatibility?

Like the HTC Vive and Oculus, Windows Mixed Reality Headsets need to be hooked up to a desktop or laptop to function. Unlike the other headsets, the graphic requirements aren’t as high for WMR but you’ll still need a dedicated graphics card and a decent processor. If you want to check to see if your desktop is compatible with the Windows headsets you can download a small program which will tell you.

Which Should you Choose?

If you want the most immersive experience with the best quality image the Samsung Odyssey is the clear front runner. With the Samsung you’ll be getting an experience not too far off the most advanced headsets, in fact the Odyssey could rival the HTC Vive and Oculus Rift for quality of experience . The Odyssey is also double the price of the other WMR headsets, and the specs are not twice as good. In terms of value for money it’s the other headsets that are way ahead, with some now available for just over $200 which is very good value. The Acer Headset seems to be the slightly better device in terms of specs and would be my choice.