The Insta360 Titan is a new professional 360 camera from the makers of the popular Insta360 Pro, Pro 2 and consumer Insta360 One X. The Titan features 8 micro four thirds sensors that can shoot up to 11K 360 video and 10K 3D video. Micro four thirds represents a big upgrade from smaller lenses used in most other pro level 360 cameras and should result in considerably higher quality video. The Titan is available now and is considered to be the first truly cinematic professional 360 camera.

This camera certainly represents a big upgrade from the Insta360 Pro 2, which is considered a budget pro 360 camera. The most noticeable different between the two (apart from price) is the Titan’s bulging lens which are backed up by micro four thirds sensors. These sensors will allow the Titan to capture much greater dynamic range and this, coupled with the 11K resolution, will allow the camera to create very immersive video suitable for viewing on a VR headset. The Titan is more capable in low light conditions and is likely to produce video closer to cinematic quality than other professional 360 cameras available right now. 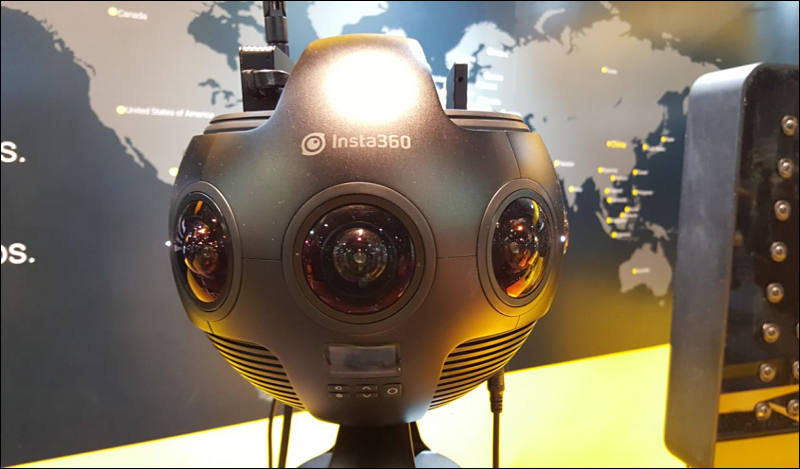 The Titan will use Sony IMX269 sensors, which is the same as the Z Cam S1 Pro which is excellent at capturing low light video but is limited to 6K resolution. I’m interested in what these sensors can do with a higher resolution because I was really impressed with the Z Cam. I can’t stress enough how much better Micro 4/3 lenses are then standard lenses and they enable the Titan to create near cinematic quality VR video

120fps at 5K is also quite an accomplishment, and is approaching immersive slow motion, which I think will be very popular. The camera will be able to capture 10 bit color allowing for greater dynamic range and color accuracy 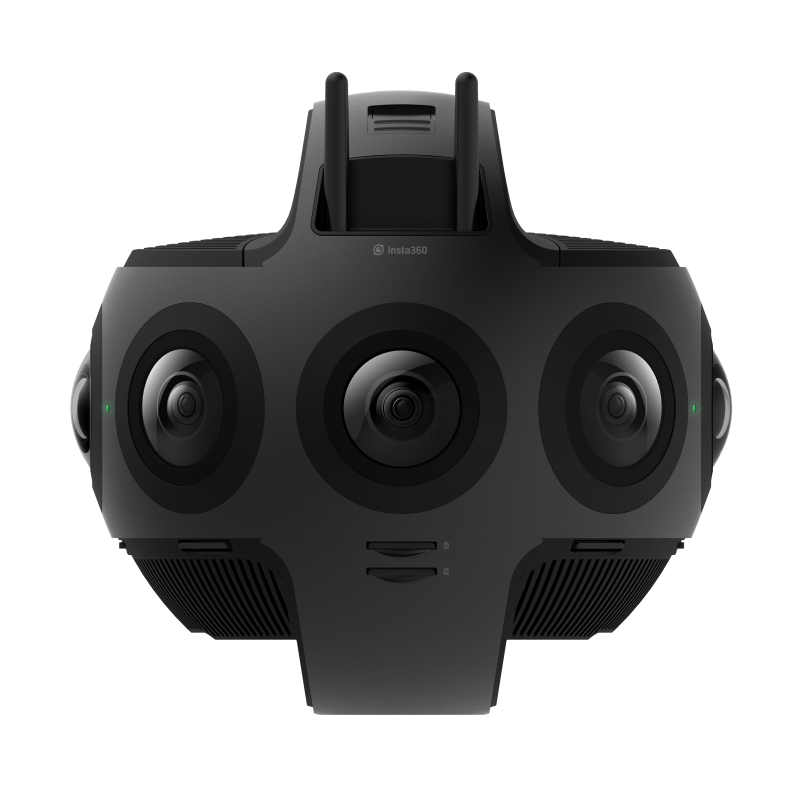 This is a feature also found in the Insta360 Pro 2 which allows the user to control the camera from far away. You can preview your video, change settings and begin recording without being in the shot.

The above video is a downscaled video montage shot with the Insta360 Titan. YouTube is unable to stream 11K video which is why it’s downscaed to 8K and YouTube compresses video heavily so the quality is lower than it could be. Regardless of this the video quality is exceptionally good for 360 video, particularly in sunset conditions where there is an opportunity to capture a greater variety of light and color.

You can see here a comparison between the Titan and an unknown professional 360 camera (likely their own Insta360 Pro). You can see the difference shooting with Micro 3/4 lenses makes when capturing detail and variations in light and color.

We can also see here how the micro 4/3 lenses deal with low light much better than more basic lenses.Less noise and sharper details are the result and I think you’ll agree the difference is quite stark.

Here we see the flowstate stabilization working to keep the high quality video very smooth without the need for mechanical stabilisation. This will be invaluable for shooting any moving video and will enable to the user to limit the amount of equipment needed. What users will need to take into consideration is the minimum stitching distance which is larger than most other 360 cameras due to the large gap between lenses. Essentially what this means is that you should keep objects and people at least a metre away from the camera to avoid issues with stitching.

At $15,000 the Titan isn’t cheap, but it also not nearly the most expensive pro 360 camera. Considering the fact is uses Micro 4/3 lenses and at such a high resolution, it’s actually fairly low cost (as most insta360 products are). It’s also been confirmed that the software to stitch the Insta360 Titan video will be free, whereas many other companies charge extra for this. If you want the absolute best camera for creating VR video for headsets then it’s hard to see a better (or more cost effective) alternative than the Titan.

The Titan is available to buy now from the Insta360 website.