Ricoh has announced another camera in their Theta range of 360 cameras, the Ricoh Theta Z1. This camera will not act as a replacement for the popular Ricoh Theta V but will instead target a more professional market who are looking for higher quality in a small, easy to use form factor. The Theta Z1 will be released in April and you can pre-order it now. 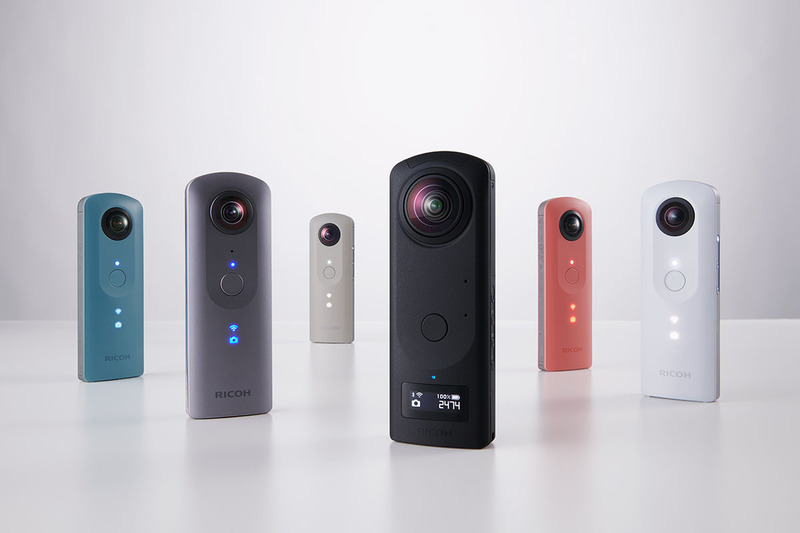 The Theta Z1 will feature two lenses with 1 inch sensors capable of capturing far more light and detail than any other 360 camera under $1000. The new lenses will also have variable aperture , reduce chromatic aberration and ghosting. Check out the full specs of the Theta Z1 below along with a few images from the release event.

The German version of the Ricoh website features some example photos shot with the Theta Z1 and for the most part they look great.

Some of the photos were taken in London in places where I’ve shot with other cameras and I can already see that the Theta Z1 is able to shoot much high quality photos than any of them. The dynamic range is pretty amazing in all the photos but particularly in the second to last image featuring the River Thames. The stitching accuracy seems to be very good as there is no visible stitch line.

Over at the website AV Watch I found a few more images taken at the Ricoh event where the camera was announced. Included in the article are a few example images shot with the Ricoh Theta Z1. 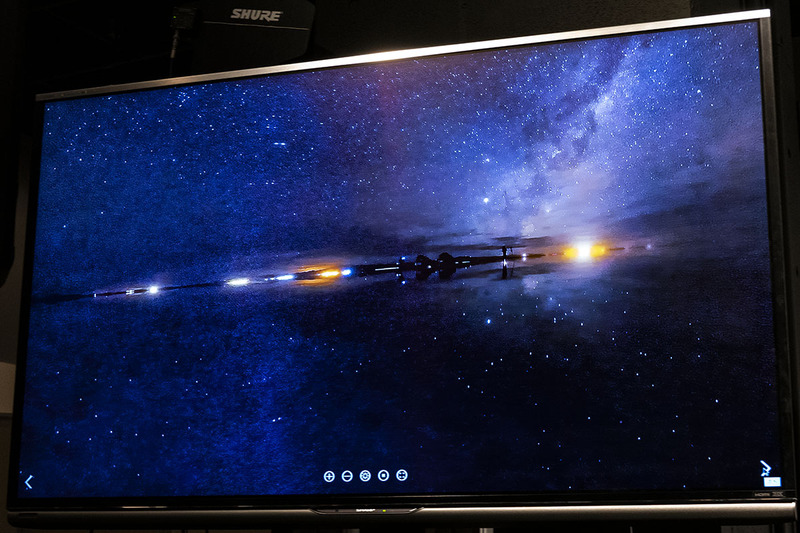 According to the article the image above was taken with the Theta Z1 in a Bolivian desert. While it’s difficult to see the quality of the actual image from a photo of a screen, it is obvious that the Z1 was capable of capturing the stars in the night sky, which is something that has not been possible with any other 30 camera that I know of. 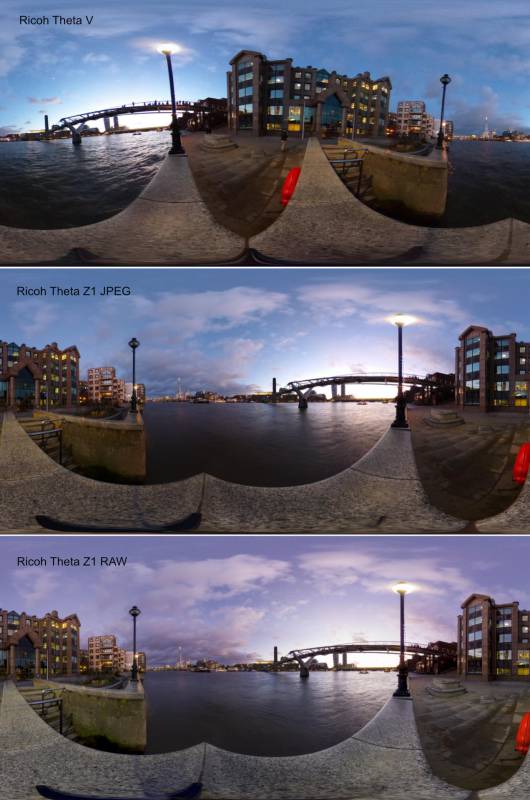 Here is another low light example shot with the Theta Z1, this time in London. You can see the difference in quality compared to the Theta V as well as the difference between shooting in JPEG and RAW. You can immediately see that the Theta Z1 shoots much better images than the Theta V in JPEG mode, but when shot in RAW mode the Theta Z1 is leagues ahead. The RAW mode photo displays hugely improved dynamic range with far greater details revealed in the shadows.

Here’s a closer look at an image shot with the Theta V and Theta Z1 show in JPEG and RAW mode:

The Theta Z1 in RAW mode is as close to DSLR quality as I’ve seen from any all in one 360 camera. 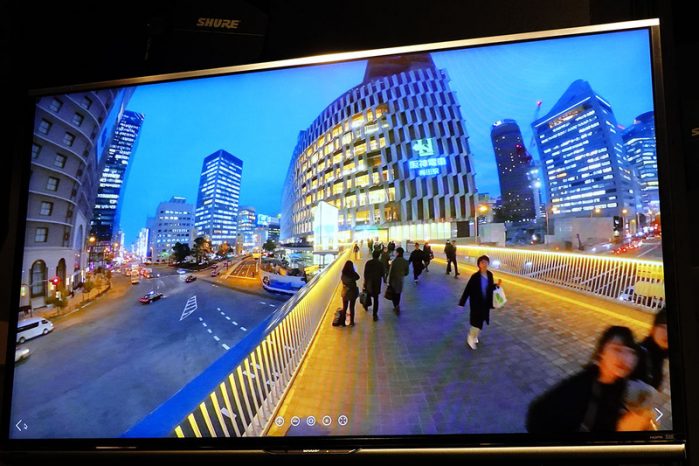 Ricoh seems keen to display how well the camera works low light with another dusk image. It does seem to be doing a very good job of capturing light and color with excellent dynamic range. We will have to wait for some better examples before we can make any conclusions!

The large 1 inch sensors inside the lenses of the Theta Z1 are definitely well placed to capture much improved low light images. The larger the sensor the more light the lens has to work with; this is why DSLR’s are much better at shooting in low light than your phone. 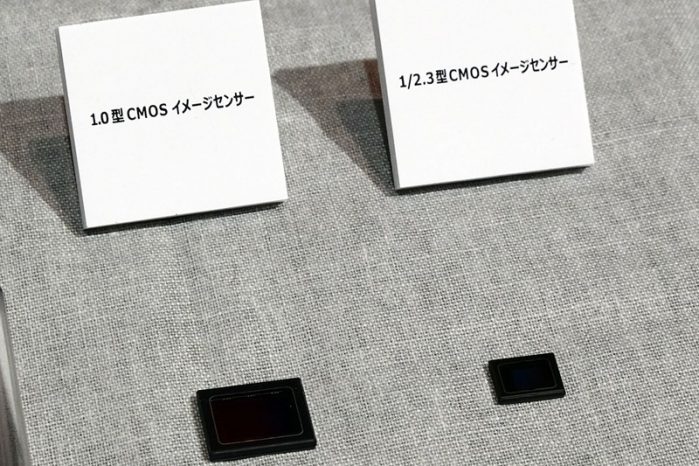 The larger sensors (which are roughly 4 times the size of the Theta V sensors) should result in high quality images in daytime, low light, indoors but the latter two should see a huge improvement compared to other 360 cameras.

The size of the sensors is particularly impressive considering the small size of the camera. While it is larger and thicker than the Theta V, it’s still a remarkably small form factor for a camera with two 1 inch sensors. 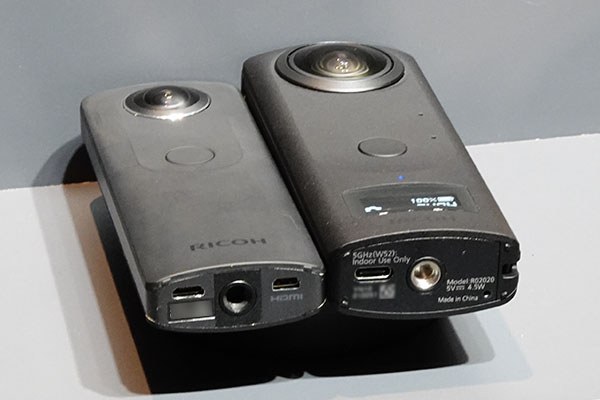 The Theta Z1 seems to be primarily designed as a 360 photography camera, however it can also shoot video at 4K resolution. In 2019 4K isn’t particularly impressive given the larger number of 5K 360 camera out right now, but the superior lenses will allow the Z1 to shoot better quality video regardless of the number of pixels involved. 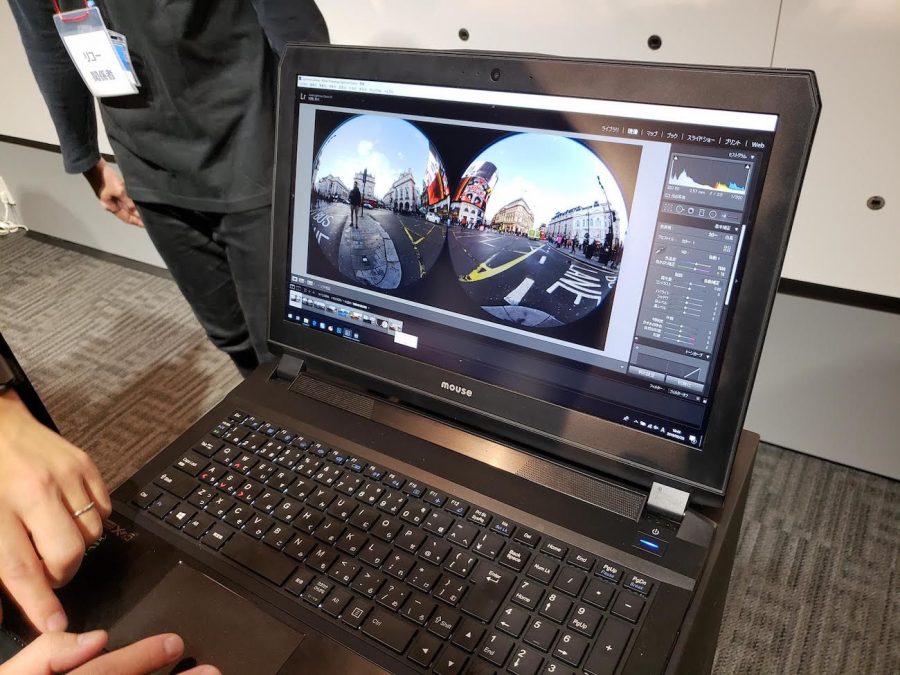 Ricoh has developed a number of plugins for its 360 camera range and it seems the next one will allow the Ricoh Theta Z1 to connect with lightroom CC for a more seamless workflow and stitching process.

Unfortunately the Z1 will retain the 19GB of internal memory with no option of expanding. This probably won’t be an issue if you are shooting photos, but 360 videos take lot of space and 19GB will quickly fill up.

Some of the shooting modes that will be available on the Theta Z1 include auto HDR, bracketing and noise reduction – all perfect for anyone looking to use this camera professionally.

Unlike all other 360 camera which are stuck on a single aperture mode the Theta Z1 will have three aperture settings for higher resolution in different situations.

You’ll be able to shoot DNG Raw and JPEG images simultaneously allowing you to edit your images and retain as much detail as possible.

Like the Theta V, the Theta Z1 will feature 4 microphone capable of creating ambisonic surround audio which creates a much more immersive experience when combined with 360 video.

The Theta Z1 is pretty expensive at just under $1000 but when you consider who it is aimed at, the price doesn’t seem so bad. People in many professions, from architects to real estate agents, have been begging for a 360 camera that’s small, easy to use, not too expensive that can shoot very good quality images. The Theta Z1 answers that call with its small body and advanced lenses; in fact the whole device seems built to capture the highest quality 360 images possible as easily as possible.

You can pre-order the Theta Z from amazon and it will be fully released in March.