I bought the Oculus Quest just before its first birthday and in the year it’s been released the Quest has become one of the top VR products ever. The a reasonable price point, no need for wires and a big backlog of games and experiences, the Quest is the perfect headset for people starting their VR journey.

In 2021 the Quest has been upgraded and the Quest 2 brings with it plenty of upgrades but also some downgrades. Take a look at my Quest 2 vs Quest comparison here. This post will mostly focus on the original Quest but I’ll mention the differences compared to the Quest 2.

In this Oculus Quest Review I’m going to tell you everything you need to know about this headset. While it’s a great device it does have its flaws, and there are certainly more powerful headsets out there with more being released. Should you buy the Oculus Quest? Read this extensive, non bias review to find out.

The best wireless headset available now. Not as powerful as other headsets but a great option for first time VR users.

Despite the release of the Quest 2 Oculus & Facebook are continuously working on updates to the Quest and new features are being released fairly often.

The Quest has also been updated with Fitness Tracking features. Oculus Move, the system wide fitness tracking system, monitors movement and works out how many calories you burn while playing. 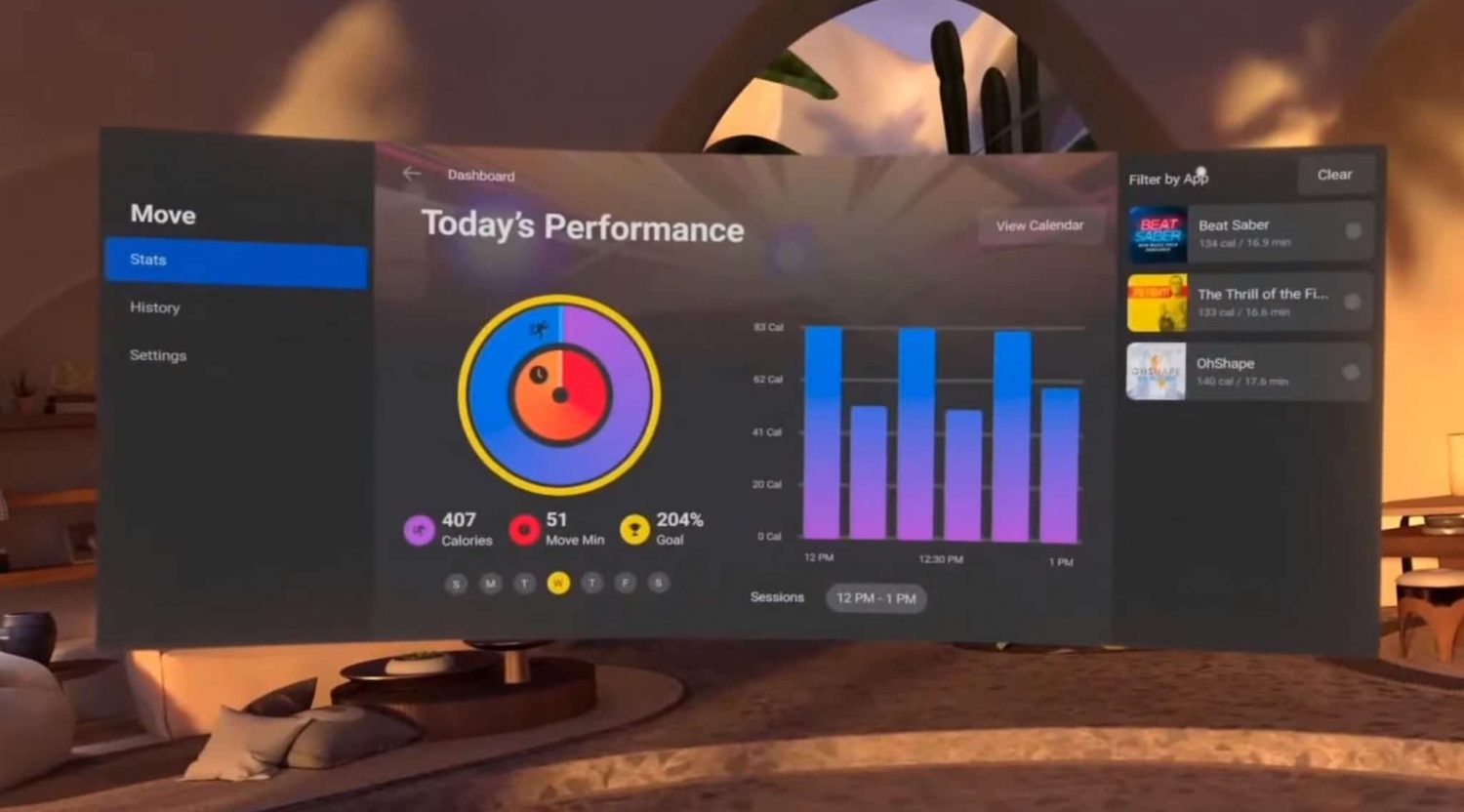 As well as these impressive new features the Quest 2 has has stability upgrades, a slight bump in resolution for the home screen as well as dozens of minor improvements. Oculus look set to continue developing the Quest 2 for the foreseeable future.

The Oculus Quest features a dual OLED screen setup with a resolution of 1600 x 1440 per eye. Compared to other headsets this is relatively high resolution and prices a clear sharp image, however there are headsets with overall better screens. OLED screens allow for deep blacks and great color contrast.

The Quest features an refresh rate of 72Hz. Refresh rate determines how smooth moving objects appear on the screen. A good refresh rate is important for fast moving games and experiences. The Quest refresh rate is rather average but I’ve found it more than sufficient for action games.

One of the best things about the dual screen setup is that you can physically move each screen using a slider at the bottom on the Quest. This allows you to position the screens to match the position of your eyes, ensuring maximum comfort and sharpness.

While the two screens of the Quest is among its strong points the rest of the design is somewhat lacking. The strap that keeps the headset attached to you is flimsy and hard to find the right position. The Quest is also reasonably heavy and the weight is front heavy; you may find the headset uncomfortable to wear after long periods. I also find that positioning the headset to reduce outside light to be difficult.

The design of the Quest is somewhat frustrating at first but after a while you’ll find the right position. For me it’s not a deal breaker but I hope the design is significantly improved in a future upgrade.

VR headsets work by tracking your body, controllers and even your hands. The Quest can track all three which makes it a fully fledged 6DOF headset, in fact it’s one of the only headsets that can track your free hands thanks to a recent software update. 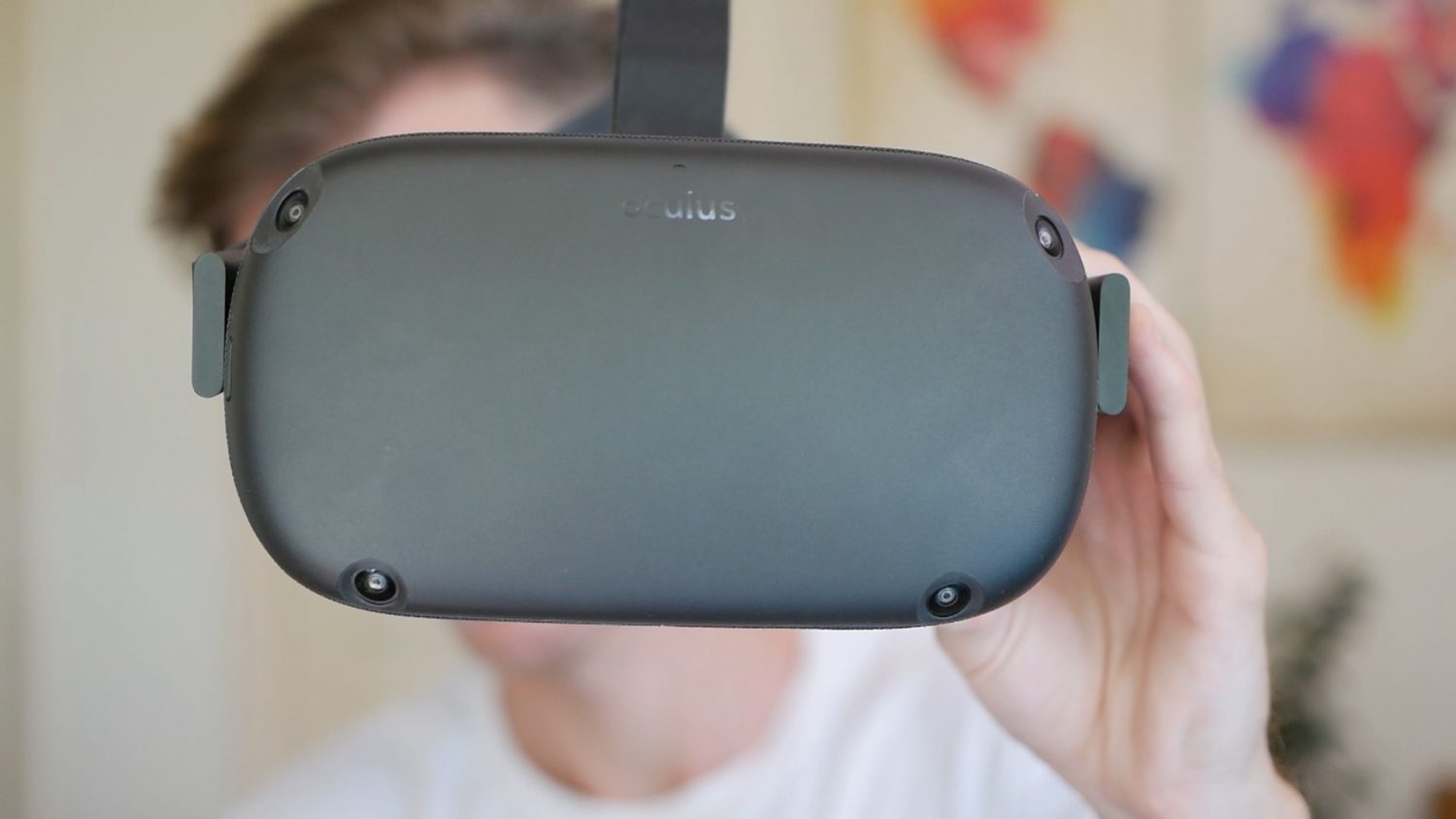 Roomscale tracking is achieved via 4 internal cameras that allows you to move freely around a space. The ingenious “Guardian” system lets you draw a playspace and will alert you when you near this boundary. This allows you to enjoy moving around in the VR world without worrying about crashing into real world objects. 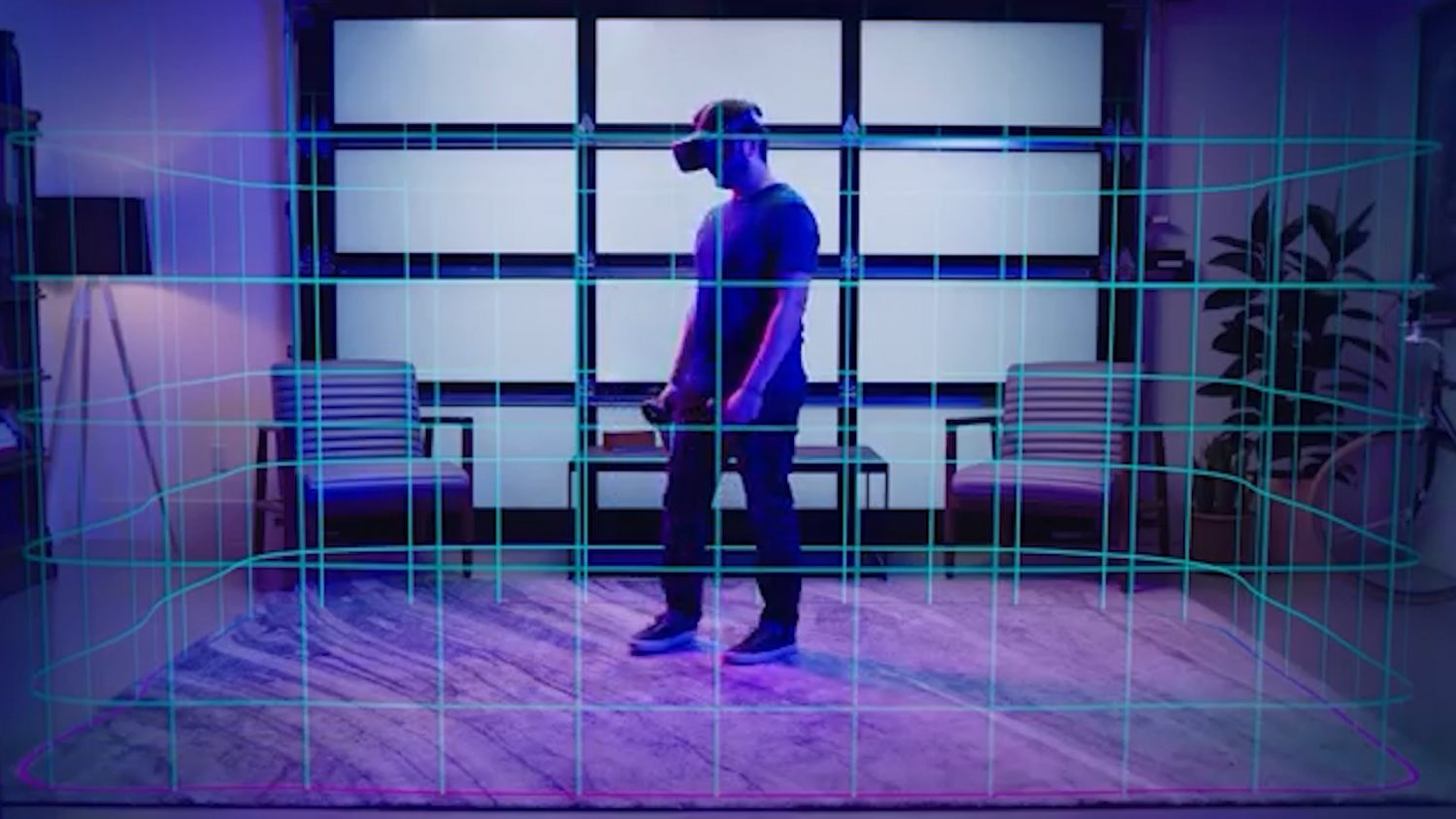 I’ve found that the tracking abilities of the Quest to be accurate almost all of the time; unlike some other headsets that require you to keep within a defined area. With the Quest you can sit back and enjoy your games without worrying about whether your hands will disappear.

The Quest comes with two controllers that will act as your hands in most games. You are able to grip, move, point, throw and touch with them. The controllers are ergonomically designed and comfortable to use. They have multiple buttons and allow for full interaction with the VR envirnment. 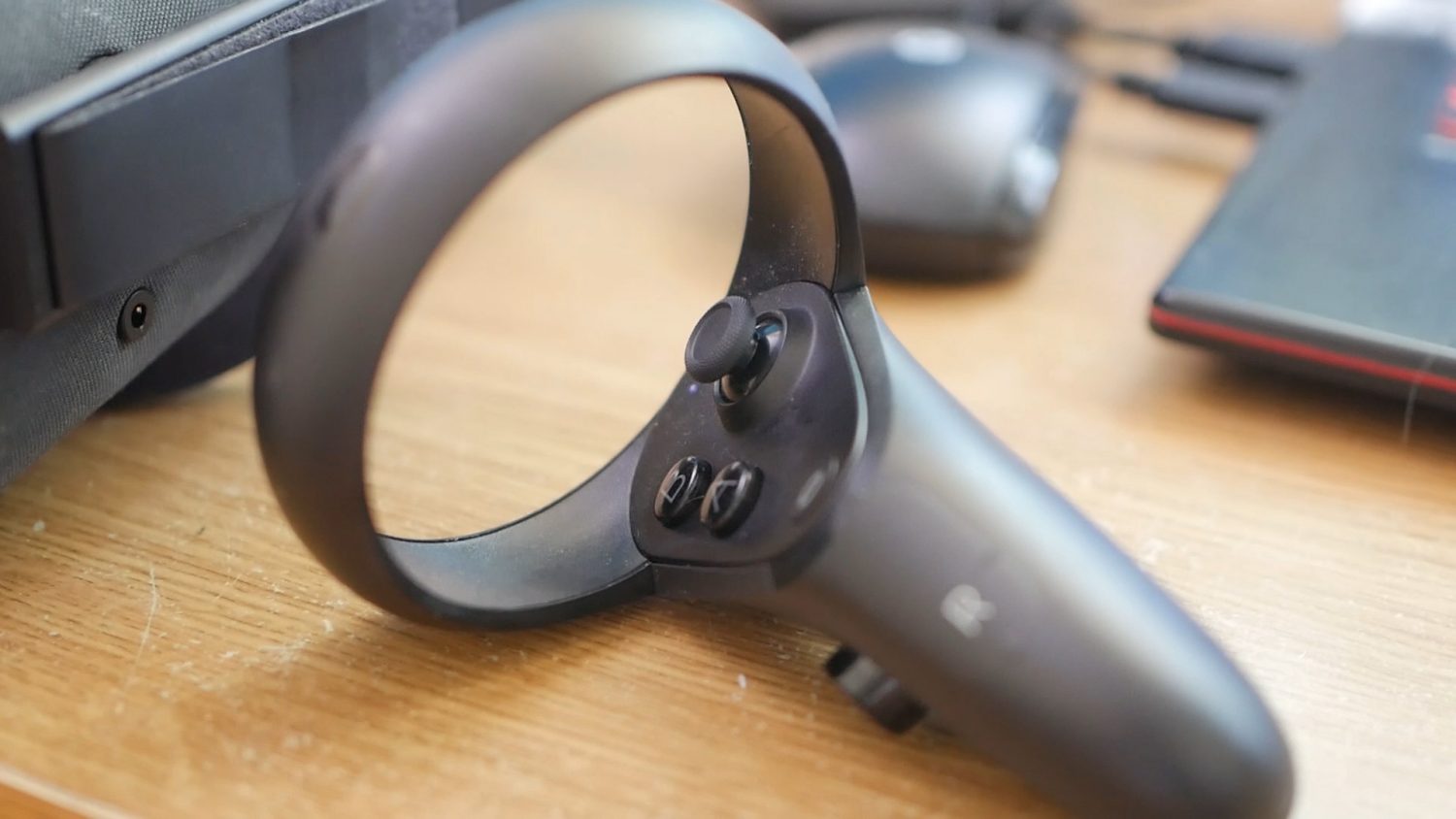 Probably the best selling point of the Quest is that is offers a full VR experience without the need for wires. This is the main reason I bought the Quest and it makes the headset portable. You do have the option of connecting your Quest to a VR ready PC which will boost its capabilities. There’s a reason the Quest is likened to the Nintendo Switch; it’s able to be used both wirelessly and connected for a more advanced experience.

Other than this optional connection there are no other requirements to use the Quest.

Perhaps the biggest reason to buy the Quest is the vast library of games, experiences, VR videos and live events available on the Quest store. There are plenty of free and cheap experiences to get you started as well as demos for the most popular games.

You can play games like Beatsaber, Vader Immortal, Super Hot, Star Trek Bridge Crew and many more popular VR titles. There is a limit to what the Quest can do due to its limited mobile processor. Games like Half Life Alyx are not available on the Quest unless you use the Oculus Link, which opens up access to even more games. 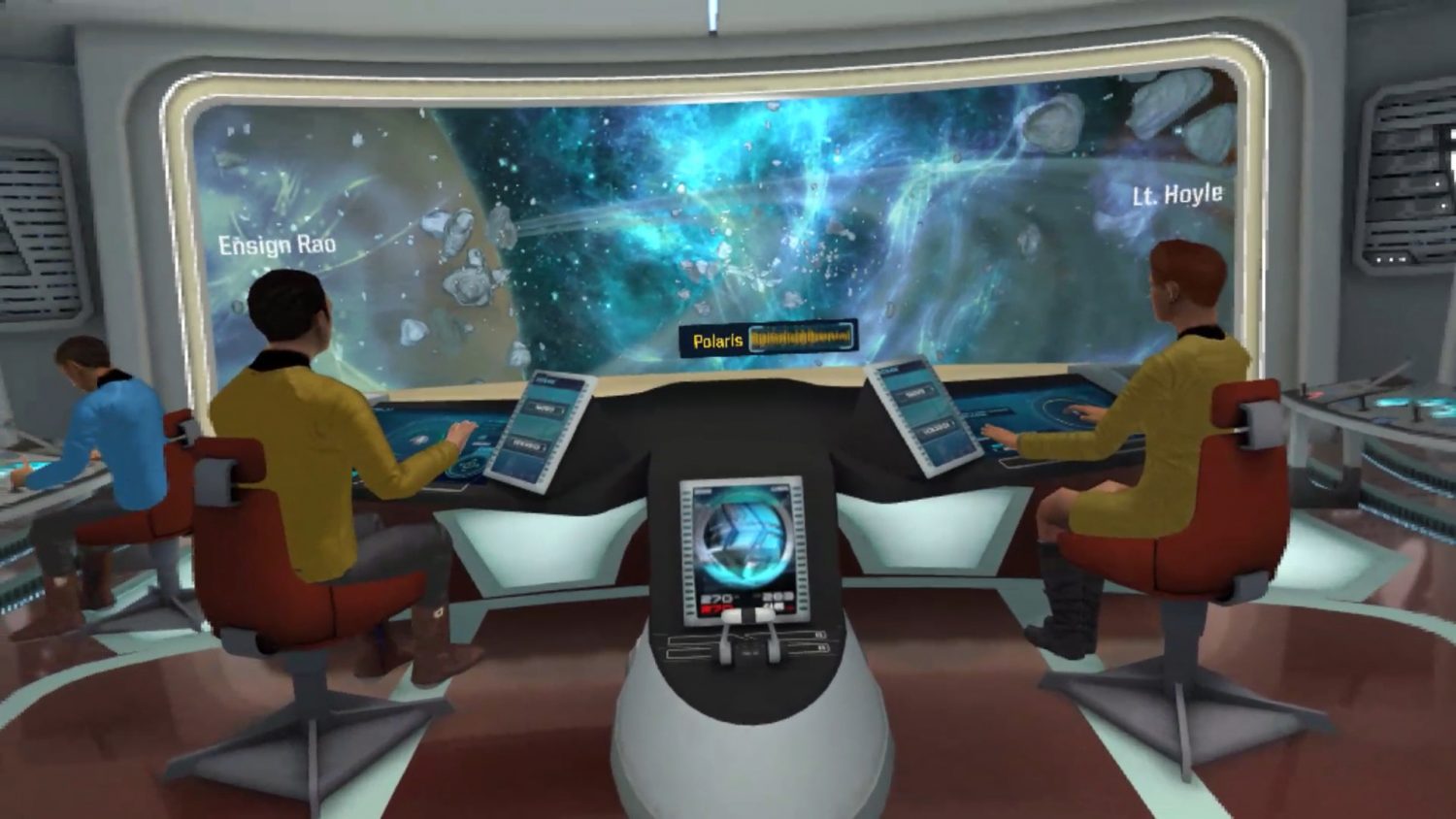 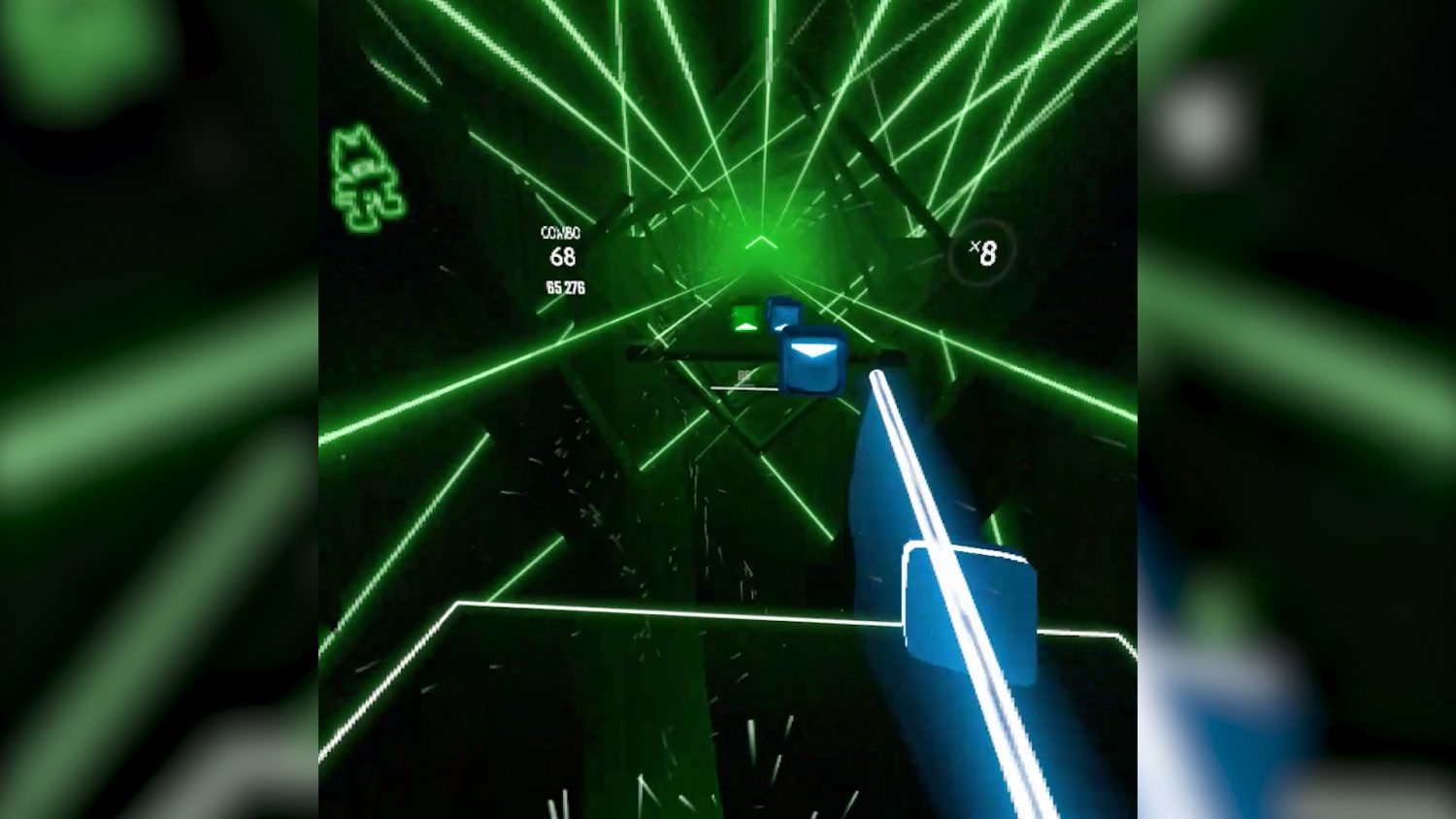 Thanks to backing by Facebook, the Quest is constantly being updated with new games and VR experiences. Just like traditional gaming systems, some of these are exclusive to the Quest whereas others are cross platform.

The Quest is first and foremost a gaming device, however there are other things to do on the Quest. Watching videos on the YouTube App makes it feel like you are watching on a cinema screen. You can socialise with people across the world in unique VR spaces. You can explore the world with immersive unique 360 videos from places you’ll never likely visit. This is not unique to the Quest but certainly a good reason to buy any VR headset.

Memory: You’ll have the option of purchasing a Quest with either 64 or 128GB of internal memory. The 64Gb is around $100 more expensive but it’s probably worth it if you intend to try a lot of games.

The Quest 2 is out and it brings with it fairly significant upgrades – is it still worth buying the original Quest? Some might say yes, if you can get hold of it. The Original Quest features AMOLED displays vs a single LCD display in the Quest 2. AMOLED displays are able to show darker black colors vs LCD screens, which is important in most games. The head strap of the original quest is also much more comfortable and sturdy than the Quest 2.

Admittedly the Quest 2 is superior in pretty much every other way, but if you can get the Quest 1 at a bargain you won’t be massively missing out.

Oculus Quest Review Summary: Should You Buy the Quest?

I really enjoy my Oculus Quest; it’s one of my favourite purchases of the year. While it’s not the most comfortable thing to wear it more than makes up for it with excellent games and full, wireless tracking. This is what VR was always supposed to be.

There are much more powerful headsets available that will load more impressive textures and play larger games, but the requirements for these headsets is so much more than the Quest. The value for money you get with the Quest is beyond what I expected and I expect to be having fun with it for the next few years.

If you want to see a video review of the Quest then check my YouTube channel.

I believe the Quest is the best option for those seeking their first full VR headset, however it is limited in its power. If you want to jump straight into a more advanced headset, and you have a VR ready desktop, then there are many options available.

Oculus’ other headset, the Rift, is able to display more advanced graphics than the Quest with a similar library. You also have the HTC Vive and Valve Index which in many ways are even more advanced with their own exclusives. The PSVR is another option however I find it clunky with a low resolution screen.

The Oculus Go is a far less powerful VR headset that offers no external tracking but a much lighter and more comfortable body. This is a very limited headset and best suited for watching 360 videos and YouTube.

The only real equivalent to the Oculus Quest is the Pico Neo 2; another wireless VR headset. In fact the Pico Neo 2 features a higher resolution screen and several other design advancements. The only problem is that the headset is not available to the public, yet.

The Quest is an extremely popular product and is often out of stock. Your best place to start is Amazon which does restock reasonably regularly. If not then check local stores.