Is the Oculus Go Still worth buying in 2020? The Go one of the most popular VR headsets ever made and it’s brought VR into the homes of millions. It’s cheap, easy to use and doesn’t require a phone, PC or games console to use. It does have its limitations and after nearly two years there are other options out there. In this review I’ll take you through the strengths and weaknesses of the Oculus Go and discuss whether the experience is still worth it in 2020.

The Oculus Go is still a great starter VR headset with an excellent screen and loads of content to keep you busy. There are more advanced headsets out there but you'll need to pay significantly more for them.

Oculus Go Stand Alone VR Headset
The most accessible VR headset yet. A great screen and months worth of free content.
Buy Now

If you are new to the world of VR headsets then this list of specs may not mean much to you. What you should keep an eye on (and this is true for all VR headsets) is the screen resolution, screen type and tracking. These will determine how clear the image is and how your body is tracked in the VR world; the better the screen and tracking is the more realistic your VR experience will be.

The screen used in a VR headset is extremely important. This screen will be inches from your eyes and will display the VR world to you. A poor quality screen will reduce immersion if textures are blurred or colors dull. The number of pixels displayed is very important as this will determine the overall sharpness of the image and refresh rate will determine the smoothness of movement. The Oculus Go features a LCD screen with a resolution of 2560 x 1140, which is actually one of the highest resolution screens in any headset. The LCD technology allows for a higher pixel density and reduce the “side door effect” which is the visible space between pixels. The other screen technology used in VR headsets is AMOLED which can display deeper blacks and colors but with less sharpness. 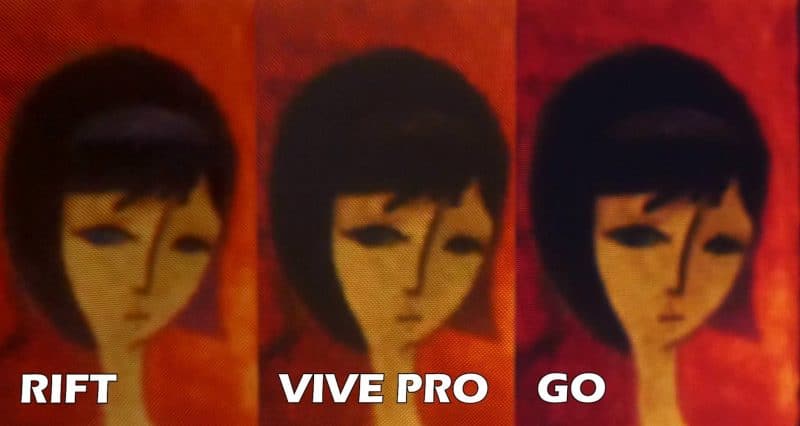 The screen of the Oculus Go is one of its strong points and when playing games and watching movies the images are sharp and colorful. Even small text is perfectly legible and you can pick up intricate details in the distance. The one downside of the Go’s screen is its low refresh rate which is limited to 60Hz; other headsets have refresh rates up to 100 Hz which can display smoother movements with less blur.

VR headsets can be placed into two categories: ones that provide six degrees of freedom (6DOF) and ones that provide three degrees of freedom (3DOF). 6DOF headsets track the movements of your whole body in the full 360 degrees and is considered the best VR experience. 3DOF headsets only track your head movements and a controller for pointing and selecting; this is a more limited VR experience and you can’t move forward, back, up or down. The Oculus Go is a 3DOF headset and has these limitations; you can only track your head movements as well as a controller connected via bluetooth. 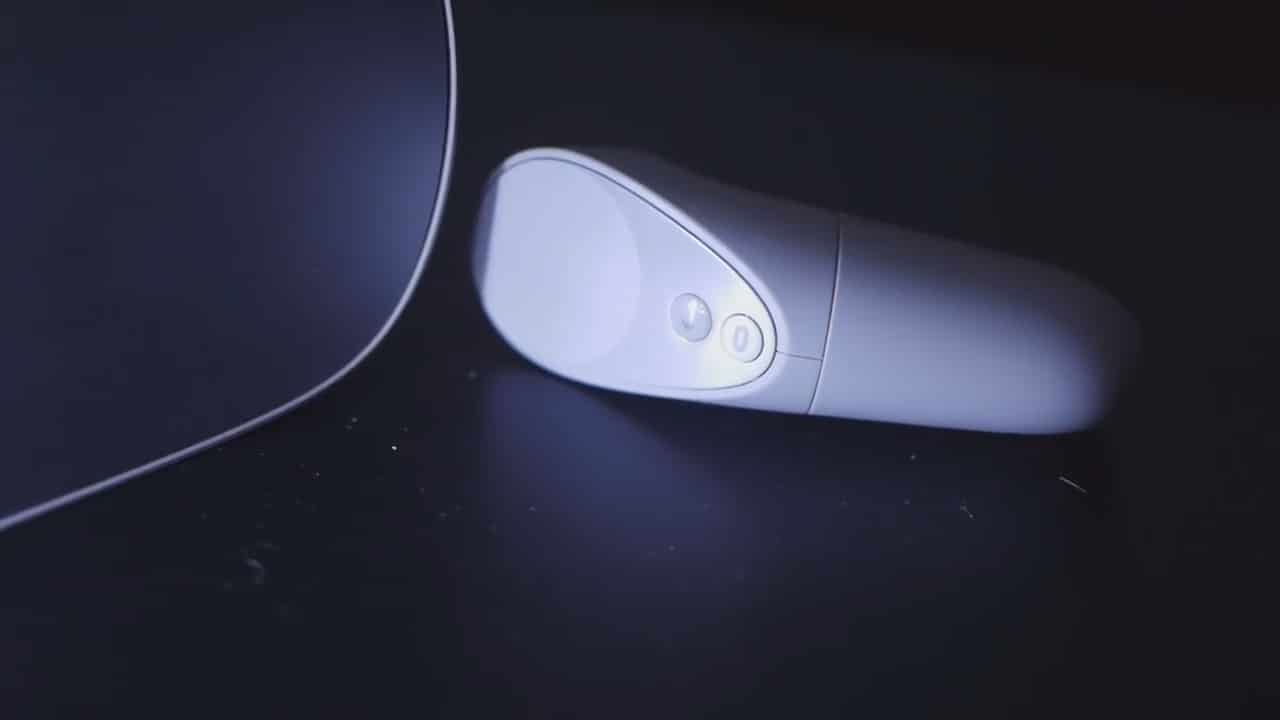 The Oculus Go’s tracking isn’t as advanced as headsets like the HTC Vive or Oculus Quest, however you can still have some great VR experience with many games available that only require the use of a controller and movement of your head. In some cases this is preferable as you don’t need a large physical space to play these types of VR games, in fact you can play them sitting down. You won’t have access to some of the more popular VR games like Sabre Beat and Skyrim VR.  The Go is particularly well suited to watching VR videos as this only requires you to look with your head rather than interact with the world. The head and controller tracking do work very well and you won’t notice any lag.

The VR industry has struggled to become mainstream mostly due to the fact that the first generation of VR headsets required the use to iehter have a very powerful desktop or a PS4. This severely limited the number of people able to use VR headsets. There were other options such as using your phone as a screen in a cardboard headset, but that wasn’t particularly user friendly either. The Go is an attempt to bridge the gap and allow the maximum number of people to access it. The Oculus Go doesn’t require anything else to work other than the headset itself and its wireless controller; in fact there are no wires involved at all. It has its own screen so no phone needed either, you can literally just pick it up and go!

The limitations of this wireless setup is that you can’t have the advanced tracking seen in other headsets and the quality and scope of the games has to be limited to what the Go’s mobile processor can handle. Since the Oculus Go’s release a few other wireless headsets have come out that also feature full 6DOF tracking by using cameras embedded in the headset itself. These headsets (like the Oculus Quest) are no doubt more advanced and provide a more realistic VR experience but they are also significantly more expensive.

Comfort: The Oculus Go features face and head padding which makes the headset reasonably comfortable to wear for long periods of time and its light weight means you won’t experience neck strain. I’ve found that around 30 minutes is the maximum time I can wear the headset without starting to feel some discomfort, but this is mostly eye strain and this time will differ between people. 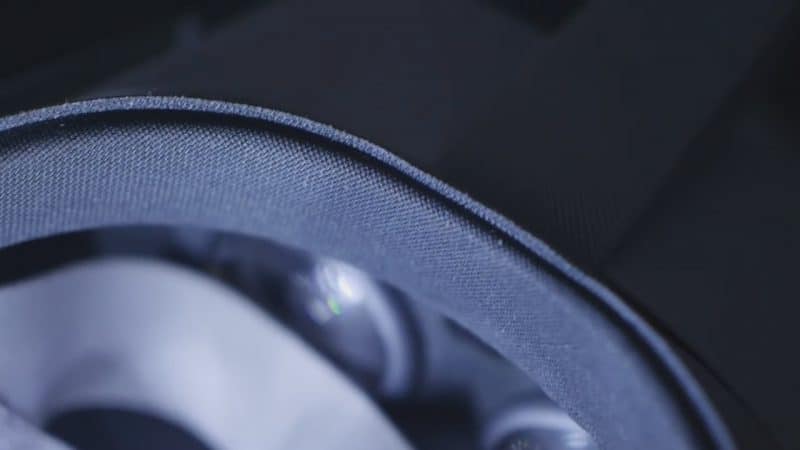 Audio: With both speakers and a mic input you’ll have two options for how audio is delivered. The speakers actually work very well in directing the 360 audio directly yo your ears while remaining reasonably quiet to the outside world. For the absolute best audio quality you should be using a decent pair of earphones with your Go.

VR Library: One of the best things about the Go is its vast library of games and experiences. The Oculus library has literally hundreds of apps and games and even more 360 videos for you to watch. The list is growing weekly and many of these VR experiences are free. 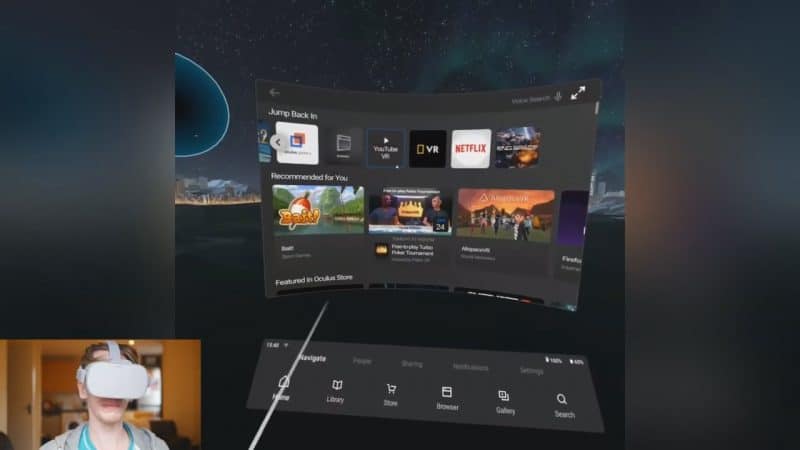 Memory: The Go comes with two memory options; 32GB or 64GB. The 64GB version is more expensive and provides enough space for a decent number of apps and games. The 32GB version is cheaper but I managed to fill it up pretty quickly, especially after adding my own 360 videos which can be several GB each. There’s no way to expand the memory.

Summary: Should You Get the Go?

The Oculus Go is still a great device. It’s cheap, easy to use and there’s so much to do on it, but it has its limitations and there are certainly more advanced options. You shouldn’t get the Oculus Go is you are looking for the full VR experience with the most advanced games. If you are looking for a casual VR device to watch movies, 360 video and YouTube then the Go is still the best headset for this thanks to it’s excellent screen and low price.

Oculus Go on Amazon back to menu ↑

The best alternative to the Oculus Go right now if you want a more advanced VR experience is actually another Oculus device, the Oculus Quest. The Quest was launched in spring 2020 and provides the same wireless experience as the Go but with an improved screen, processor and full 6DOF tracking. This means you can play full VR games and move around in the VR world which, let’s face it, is how most of us imagine VR to be like.