One of the most frustrating aspects of working with 360 video is the requirement for advanced video editing software to get the best out of it. Without doubt the best desktop editing program for 360 video is currently Adobe Premiere Pro and After Effects. These editing programs have specific features for editing VR video and for the most part they work well, unfortunately these programs are fairly expensive with a monthly fee required. Thankfully as time goes on more and more free editing programs are coming out that will allow you to edit your 360 video on desktop. In this post I’m going to take you through all of them and how you can use them.

Davincci Resolve 15 is probably the most advanced free editing software capable of editing 360 video. Using this program you’ll be able to trim, cut and combine videos together as well as apply text and color correction. You’ll also be able to add or remove sounds and music. 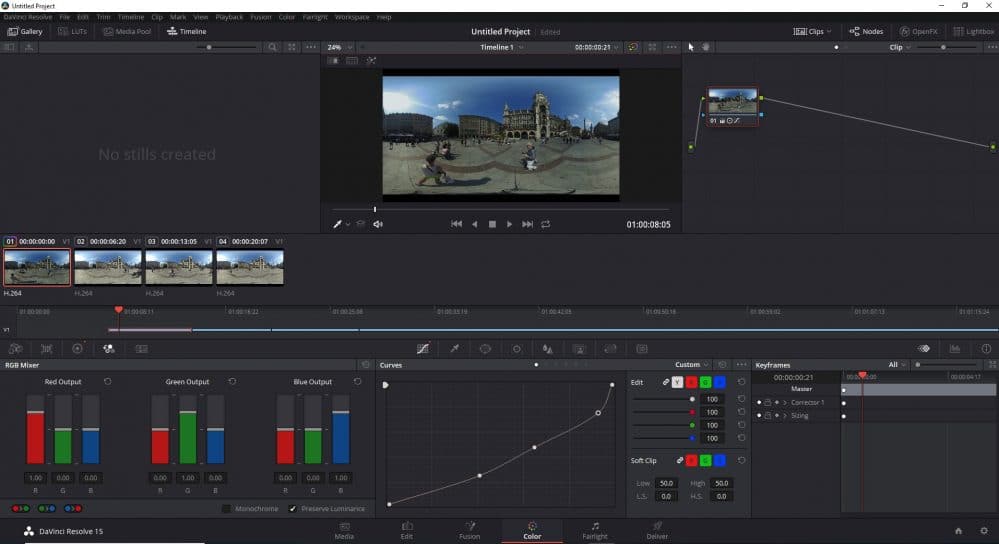 In many ways Davincci is similar to Abode Premiere Pro although technically it has no specific VR edtiting features. The 15 version of Davincci Resolve is free and you’ll be able to edit 4K 360 video, however you may find that some of the effects don’t always work well with VR video. At the very least you’ll be able to edit and cut out parts of your video you don’t want even if they are in the middle of the track. Download Davincci Resolve here.

The Insta360 Studio is a desktop program specifically designed to work with the Insta360 range of cameras but it can also be used with other cameras.  In this program you can trim your video as well as apply re-framing points to turn your 360 video into a moving 1080p flat video. 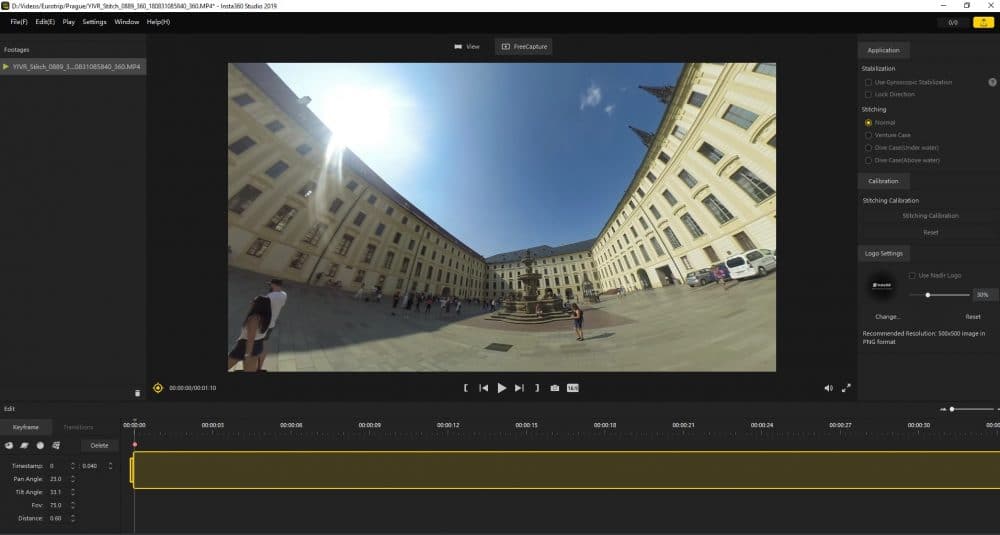 Even though this program is designed to work with cameras like the Insta360 One X it also works with non Insta360 cameras such as the Ricoh Theta V and Vuze XR. You can download the Insta360 Studio here.

If you want to quickly create tiny planets from your 360 photos and video then this trick should help you do so quickly. The GoPro VR player allows you to quickly playback your 360 videos and  photos in the 360 format. You can drag the images around and change their perspective, and if you want to create a tiny planet all you need to do is zoom out and take a screenshot. 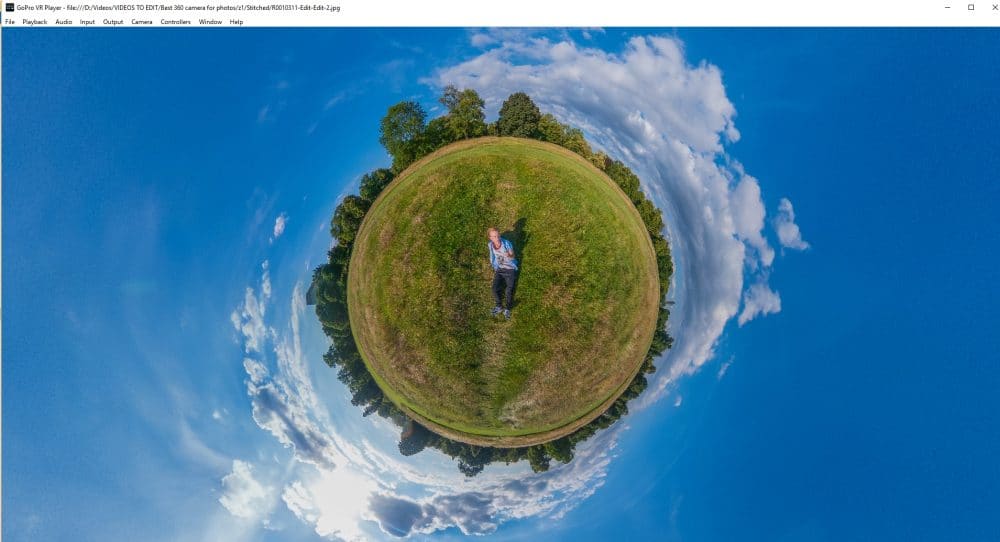 You can save and crop the screenshot in a free program like Paint. This is probably the quickest way of creating a tiny planet on desktop.

VIRB Edit is another program designed to work with a specific camera but can also work with others. VIRB Edit allows you to trim your 360 videos, cut out parts you don’t need and add text to your video. VIRB Edit adds text in a format that works with VR video without it becoming warped as it does with other editing programs. VIRB Edit works best with the VIRB 360 camera for which is was designed for, but it can work with other cameras too.