Insta360 has announced the second generation of its popular professional camera, the Insta360 Pro. The Insta360 Pro 2 will retain similar design and functionalities of the original Pro, but with a focus on improved connectivity and stabilization. Anyone looking to get into shooting professional VR video should take a good look at this new rig as it looks set to be one the of the most feature packed pro 360 cameras ever. 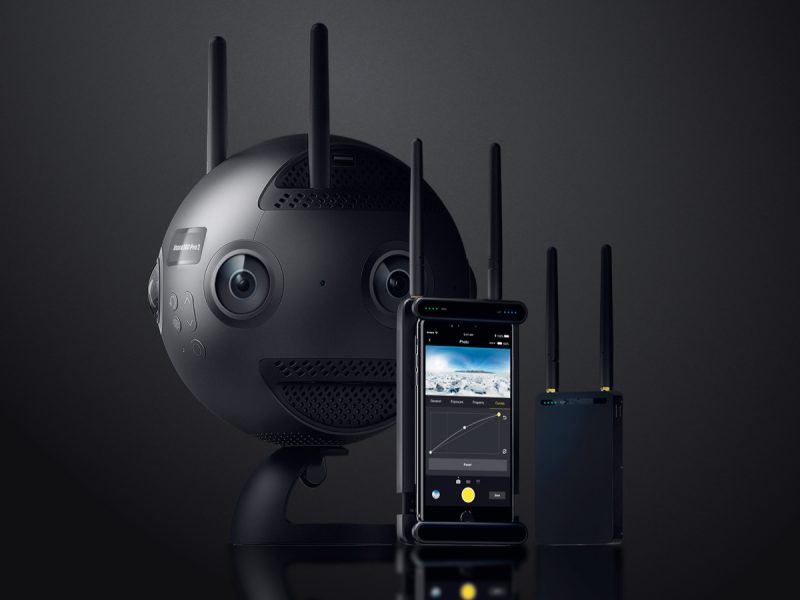 The Insta360 Pro 2 is a large ball shaped device with 6 lenses and several manual controls. The camera is about the size of a football and weighs about 1.5KG. A notable addition to the second generation camera is the two antennas that allow the camera to transmit video previews over large distances. Stabiliaztion: The Insta360 Pro 2 comes loaded with Insta360’s Flowstate software, which provides gimbal like stabilization to keep your 360 video smooth. This is a big upgrade from the last version which had no stabilization, in fact the Pro 2 will be one of the only professional VR cameras that features stabilization software. Flowstate has been tried and tested with the Insta360 One, a consumer 360 camera, and it works very well.

Live Preview:  One of the major issues with all 360 cameras is the inability for a director or camera operative to actually be near the camera while shooting. In the past, many cameras have relied on video previews over Wifi, but the high resolution and bit rate of 360 video means that the preview is often unreliable.

The Insta360 One comes fitted with two powerful antenna, one of which allows the camera to transmit preview video over 300m at 30fps. This allows the user to experience a useful and reliable live preview which doesn’t freeze or stutter.

Adobe VR Plugin: Insta360 has developed a plugin for the adobe software suite which will allow you to edit your 360 footage without first stitching it. The Pro 2 will create a proxy file for each video you shoot; when you drag this proxy into adobe and edit it, the final edits will apply to the main video file. This allows for a much smoother and easier editing process compared to previous workflows.

Audio Mount: The Insta360 Pro 2 has 4 internal microphones that work together to provide 360 ambisonic audio, crucial for immersion when using a VR headset. The Pro 2 goes even further with audio and includes an audio mount that is compatible with high end audio devices that will produce better quality audio than the internal microphones. 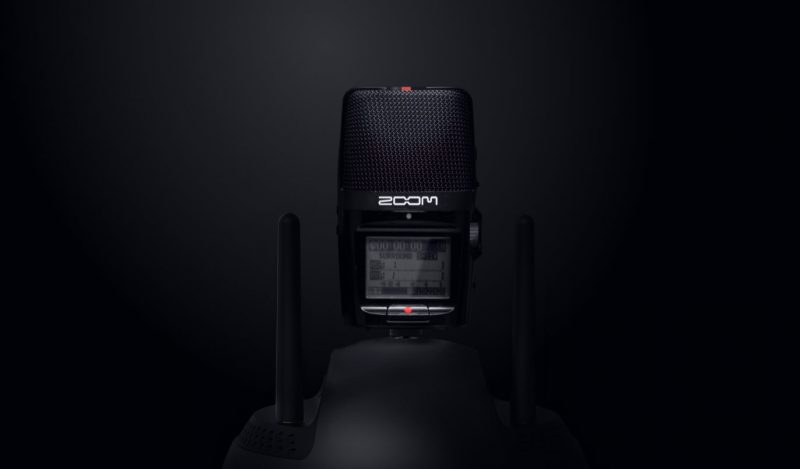 Insta360 have provided some example videos shot with the Insta360 Pro 2. The lenses and video resolution remain unchanged at 8K 30fps, however the Pro will feature in camera HDR which can have a dramatic effect on the final image. The biggest improvement is the addition of stabilization, which seems to work quite well and is a very important addition if you ever intend to shoot moving video.

The Insta360 Pro 2 will shoot video at a bit rate of 120mbps, which is very high! The video above shows the difference between high bit rate video and lower bit rate. Having a high bit rate allows more intricate details to emerge, which is particularly important for 360 video which often suffers from blurriness.

The Pro 2, like its predecessor, will also be able to shoot 3D 360 video. This is particularly important if you are seeking to shoot video specifically for VR headset users, who will benefit greatly from the increased immersion that the 3D effect provides.

The Pro 2 features a slow motion 4K video mode which shoots at 120fps. I’ve always thought that slow motion and 360 video would be a perfect combination, and the Pro 2 could be the first real attempt to see this realised. You can see some examples of this slow motion footage in the Pro 2 promo video:

This video also shows how you can use the Pro 2 (and other high resolution 360 cameras) to create high quality non 360 video which follows which ever subject you choose. Shooting in 360 allows you to decide where you want to camera to focus on during editing, rather than during filming. This opens up a host of story telling opportunities and allows you to achieve perfectly smooth panning without ever moving your camera.

From what I’ve seen of the example 360 videos, as well as the promo video, I’d conclude that the Pro 2 looks set to be a very compelling addition to the current professional 360 camera line up. The Pro 2 features what many VR film makers would describe as the perfect set of features; high quality video, stabilization, easier workflow, the ability to live-preview from a distance and external audio options.

The Pro 2 has clearly been designed to solve problems that have plagued VR film makers for the past few years, but we will have to wait and see if the software is actually as user friendly as Insta360 would like us to believe.

The Insta360 Pro 2 is now available to order from the Insta360 website – if you use this link you’ll also get an extra battery pack for free!