Shooting with a 360 camera allows you to capture the whole envirnment at once. While these cameras were first used for shooting VR compatible video they can also be used for more traditional video thanks to reframing. If you don’t yet own a 360 camera then check my ultimate 360 camera comparison to find the best one for you.

Reframing is the process of manipulating your 360 video and turning it into a “normal” video. Re-framing allows you to choose where the camera is pointing at any one time after you’ve shot your video, opening up more editing opportunities than you would get with a normal camera. The below image is a screenshot from a equirectangular 5.7K 360 video which can be viewed on a VR headset. 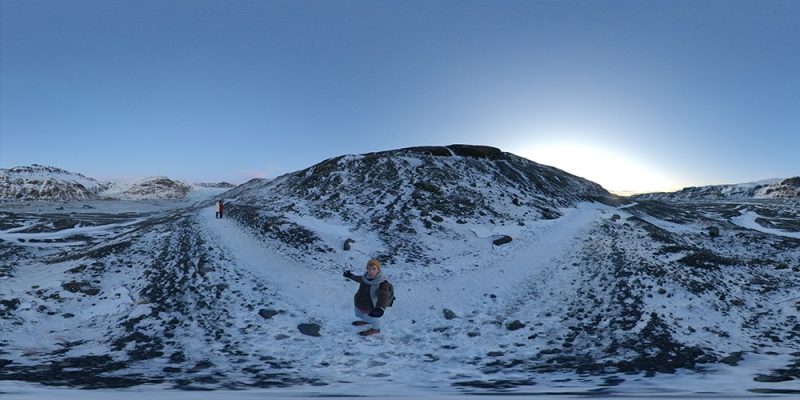 And this is a screenshot from a reframed 1080p video made from the same source. 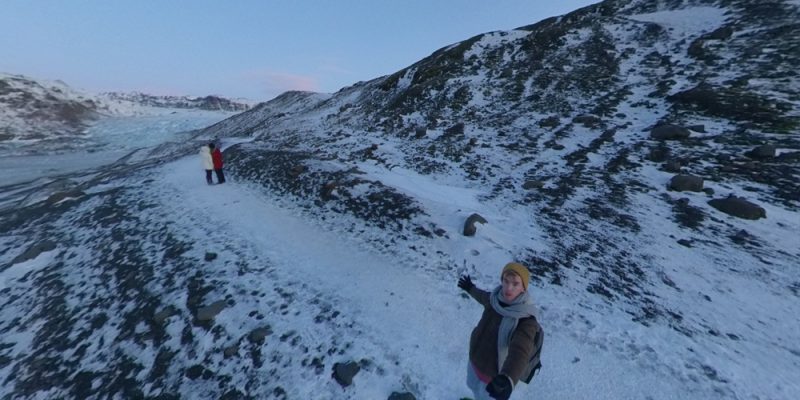 Here’s what re-framed video looks like in action. You can achieve some very unique effects not possible when shooting with standard cameras.

You can achieve this re framing effect using mobile apps or a desktop editor like Premiere Pro with the GoPro Re-frame plugin. Premiere Pro is a paid program but the GoPro Plugin is free. Mobile editing apps usually only work with their respective cameras; for example the Insta360 editing app only works with the Insta360 cameras. If you own a modern 360 camera it is likely that there is a dedicated app.

Reframed video is achieved using keyframes which informs where the camera will be pointing at any given moment. On an app this works via a timeline view and you tap where you want the camera to point through the time line. On a desktop you’ll also use a timeline and keyframe but with slightly more accurate control over the exact position of the camera.

In this below example I’ll be using the Insta360 One R app to re-frame video shot with that camera. Even if you have a different camera and app setup the process should be similar.

When Reframing 360 video you’ll likely see a screen similar to this, with your video filling the screen and a timeline at the bottom. The yellow dots represent keyframes.

To create a keyframe simply drag the image to where you want it to be at that given moment, then press and hold on the screen. The option to add a keyframe will appear.

You can manipulate the image as much as you want and add as many keyframes as you need. You should play around with different speeds and timings to see what works best for your video.

You can also change the aspect ratio to work better for traditional video. The above 16:9 aspect ratio will work best for YouTube whereas the original would look better on Instagram and Facebook.

For a more in depth look at 360 reframing using an App check out this video of my using the Insta360 One R app:

Desktop reframing using GoPro’s plugin has a slightly higher learning curve but it’s pretty easy once you get the hang of it. Let’s take a look at how to reframe using this plugin. 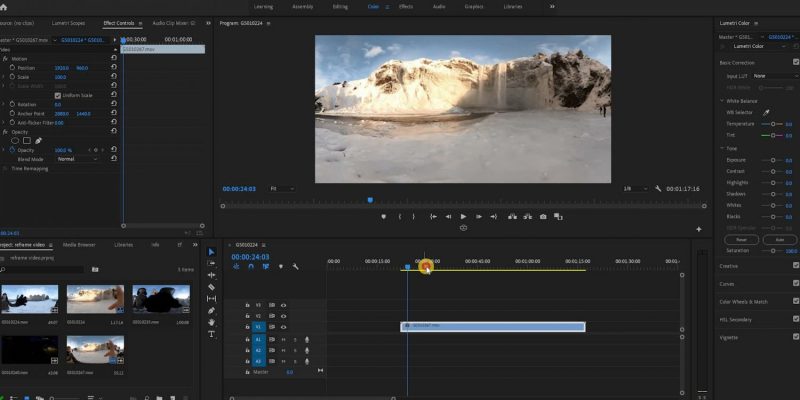 Once you’ve placed your 360 video in the Premiere Pro timeline go to Effects>Video Effects>GoPro FX and select GoPro FX Reframe. Drag it over your 360 video and the plugin will turn it into a 1080p or 4K normal video, depending on the option you select. 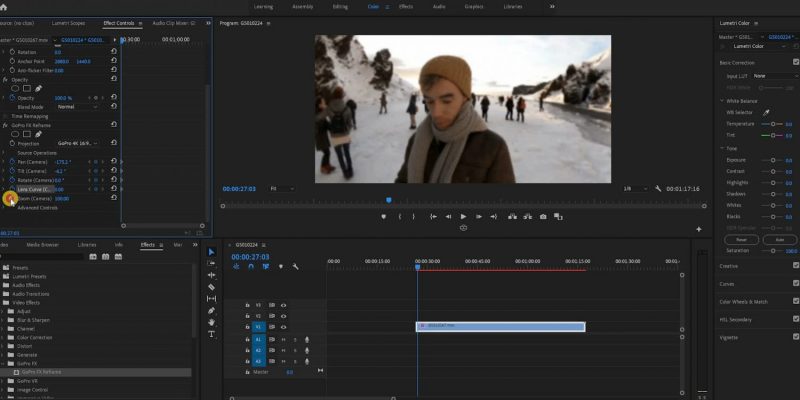 You’ll notice the control points for Pan, Tilt, Rotate and Lens distortion. Moving these will change the position of the camera. You can also drag on the image so change position. 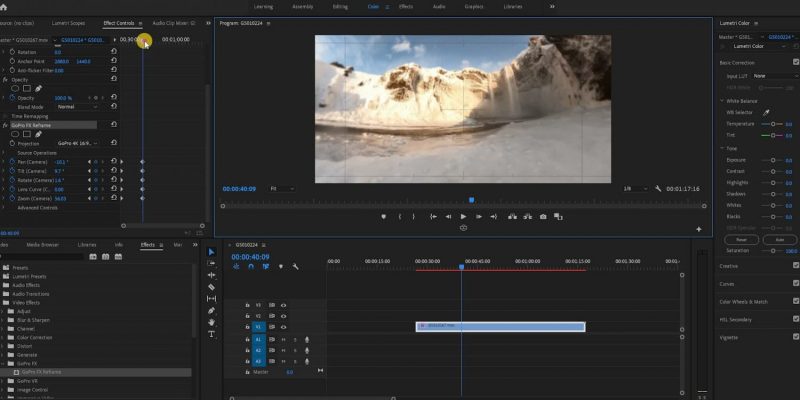 Now all you need to do is move along the timeline and select where you want the image to be at any given moment. You can add as many keyframes as needed. Remember the position of the keyframes will effect the speed at which the camera moves; the closer together they are the faster the speed of the camera movement.

You can achieve some smooth, cinematic effects using this plugin. For a more in depth tutorial check this video:

This is a quick guide on how to edit 360 video into linear video. You can achieve many more effects using keyframes and speed changes using re-framing apps.