Are you looking for a VR headset specifically for watching 360 videos? One of the most popular uses of VR headsets is to watch 360 videos and look around as if you are actually there. A few years ago the quality of these videos was not great, but recent 360 camera technology has improved significantly and some can shoot up to 8K resolution which looks great. Having said that, your experience will depend heavily on the screen you view these videos on,so some VR headsets are definitely better for viewing 360 videos than others.

I’m going to take you through most of the popular VR headsets available now and explain how good they are for viewing 360 video and why. I’ll try to keep it as simple as possible, but you should have a good idea which headset is best for you by the end of this post. 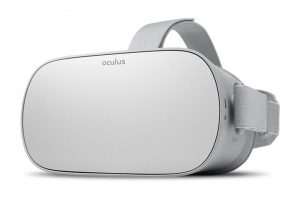 Oculus Go - Best VR Headset for 360 Video
The Oculus Go features one of the highest quality screens of any VR headset along with internal speakers, allowing you to experience the full effect of 360 video.
Check Price on Amazon

The Oculus Go is one of the newer VR devices and is designed to make consuming VR content as easy as possible. The Go  features its own LCD screen with a resolution of 2560 x 1440, which is among the highest resolution screen of any VR headset. This is essentially what makes the Oculus Go the best for viewing 360 video, the screen features more pixels and will therefore display the video more clearly. The Go also features spatial audio drivers which allow you to experience sound as it’s heard in reality.

The Oculus Go is a stand alone headset, meaning it doesn’t require a desktop or any extra wires for it to work. Even better is the price, at just $200 it’s one of the cheapest VR headsets around!

So what’s the downside? Well this doesn’t really effect how you will view 360 video, but the Go lacks what is known as full body tracking. This is much more important for games and allows you to move your body and see the resulting movement in the game you are playing. As I said this doesn’t effect how you view video, but if you were looking for a headset more for gaming then you should take this into consideration. 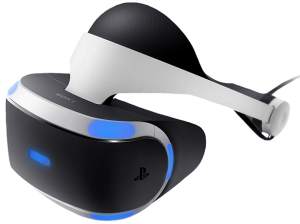 The PSVR is the best selling VR headset ever, and it’s a lot of fun. You can play remastered PS4 games in a whole new way, or experience some of the hundreds of specialist VR games now available on the platform. You can also view 360 video through one of the many Apps available for the PSVR, including YouTube.

Unfortunately the PSVR isn’t among the best headsets for viewing 360 video in the highest quality, mostly due to the limits of its screen. The PSVR has a screen resolution of just 1920×1080, which is not really high enough to view the best quality 360 video as they should be viewed. Don’t get me wrong, I’ve used the PSVR to view 360 video – including my own creations – and it can still look good, but the screen does limit it.

The PSVR is primarily designed as a gaming device and it also requires a PS4, PlayStation Camera and controllers to work properly. Recently Sony have been heavily discounting the PSVR bundle that includes all of these; so if you want a VR system for gaming, with the option of viewing 360 video, then now could be a good time to check out the PSVR. 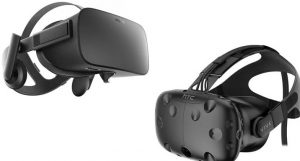 I’m going to group these two headsets together, mostly because when it comes to viewing 360 video they are remarkably similar. The HTC Vive and Oculus Rift have been locked in a battle for the past few years over which one offers the best VR experience. If we look at the stats there isn’t much between them.

I’m going to focus on the screens of each device, as that’s what’s most important for watching VR video. The rift features a AMOLED screen with a resolution of 2160×1200 and the Oculus Rift has…. exactly the same! The only difference between the two is that the Vive has a right reported pixel density of 461 ppi vs 456 ppi on the Rift (ppi = pixels per inch). In theory this should give the Vive a slight edge in terms of image quality, but such a small difference may not even be noticeable. 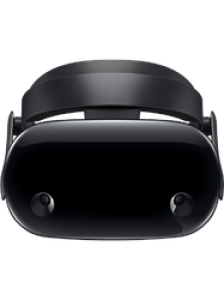 You may or may not have even heard of the Samsung Odyssey, but it’s one of a range of Windows Mixed Reality headsets developed by various tech companies. WMR headsets are designed to plug into your windows desktop and give you access to a wide variety of VR games, experiences and videos. Most WMR are nearly identacle, apart from the Odyssey, which has a much better screen than its rivals.

If you are going to get a WMR headset and want to ensure you have the best experience when viewing 360 video, then I would recommend the Samsung Odyssey. The device features a 2880 x 1600 AMOLED screen with a very high pixel density of 615 ppi. This is probably the best screen of any VR headset right now, even beating out the Oculus Go. The reason I don’t recommend this as the best VR headset for viewing 360 video is because of the limitations of attaching yourself to a PC. The Odyssey is also much more expensive than the Go and doesn’t feature the same surround sound technology.

The Odyssey does feature body tracking, which will allow you to play VR games with full immersion. If you wanted a good mix between viewing 360 video and experiencing full VR then the Odyssey is a good choice, you just need to pay a lot for it! 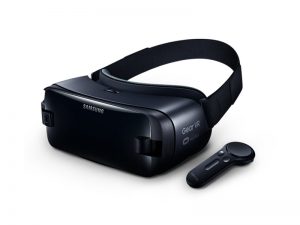 If you are looking for an ultra-cheap way to enjoy 360 video then the Samsung Gear VR could be a surprisingly good solution. The Gear VR is essentially an accessory that allows you to use your phone as a VR headset screen, it’s a pretty basic way of introducing yourself to VR, but it works pretty well for viewing 360 videos. Again, the most important aspect of s VR headset when viewing videos is the quality of the screen, and depending on what device you use with your Gear VR, the screen could be high quality or poor. The latest GEar VR headsets are compatible with Samsung’s flagship phones which can have a screen resolution of 2560 x 1440, which is higher than some professional VR headset screens.

The down side of this set-up is that your phone wasn’t really designed to be a VR headset screen and can sometimes allow in light if not positioned perfectly. There have also been issues with battery life when using your phone with the Gear VR. Never the less, this is certainly the cheapest way to experience VR 360 video and it provides a reasonably good experience.