So you’ve bought your 360 camera and maybe even shot some video, maybe now is the time to think about how you are going to edit it. Shorter videos can be handled using phone apps but for larger projects shot in 360, you’ll need to consider desktop software. Over the past few years quite a few desktop programs have emerged that allow you to edit your 360 video, add effects, text, color correct and merge multiple 360 videos together.

This post will take you through my favourite ones, including both paid and free. You probably won’t need all of these programs, but depending on how you intend to use your camera you’ll likely want to download a few of them.

Without doubt the best video editing software for 360 video is Premiere Pro 2018. It’s the program I use the most for editing 360 video and the latest versions are fully compatible with 360 video from any camera. It’s extremely east to change anything from color balance, light, video length as well as add text and effects. Premiere Pro has a whole suite of immersive effects and transitions specifically designed to improve your 360 videos.

The down side to Premiere Pro is the price. It’s not a cheap piece of software and you may find it has a steep learning curve at first. Never the less I think it’s worth the investment if you want to get the most out of your 360 video. See this video of me color correcting footage from the Xiaomi Mi Sphere.

If you want an editing program but you don’t want to pay for Premiere, then I have a free alternative for you. Davinci Resolve is an alternative editing suite that offers many of the functionalities of Premiere Pro but without the high cost. There is both a free and paid version of Davinci Resolve, but the free version will be fine for your purposes. 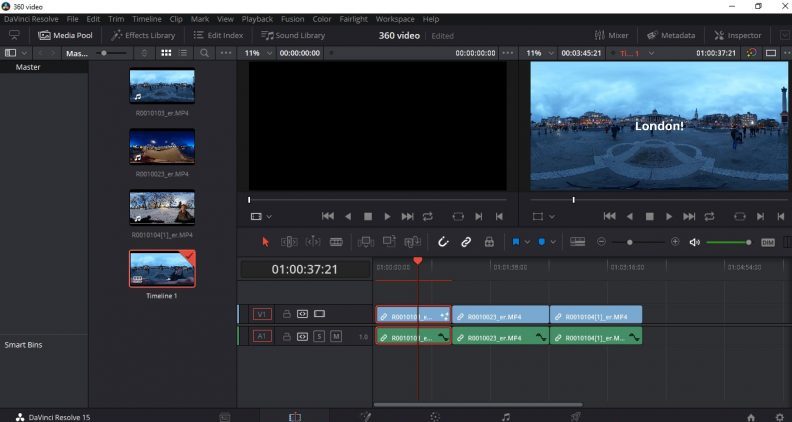 You’ll be able to cut and merge your videos together and then export them in the correct resolution. There are some limitations; effects and text are not yet designed to work properly with 360 video and may not look right when you export your final video. Davinci resolve is great if you are just looking for a program for some basic edits, but it won’t be able to do much more than that.

This is a small, not particularly exciting, but important piece of software if you want to ensure your 360 videos appear properly on YouTube. Sometimes when you edit your 360 video the metadata is changed so that YouTube does not recognise it. When this happens all you need to do it use the Spatial Media Metadata Injector to re-input the right metadata; this only requires you to select the file and press a single button and a few seconds later you’ll have a new file with the correct metadata.

You can download the Spatial Media Metadata Injector Here

This is one of the best free desktops apps for 360 video available. Developed by Insta360, who sell a range of 360 cameras including the Insta360 One and Pro, allows you to view your 360 video in various formats, including equri-rectangular and tiny planet. You can also create re-framed footage quickly and simply. 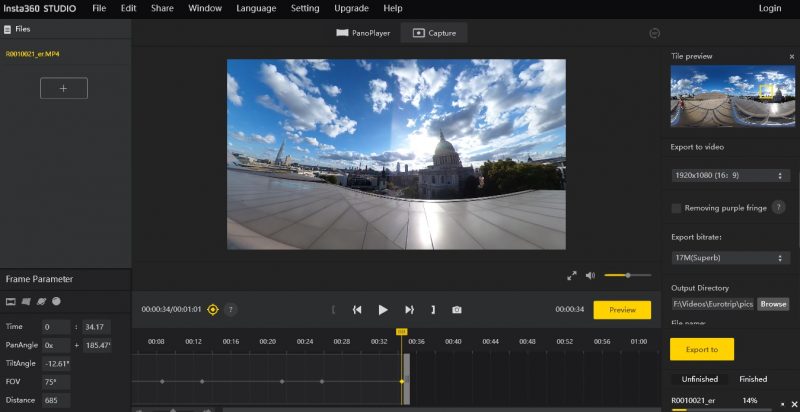 Insta360 Studio isn’t the fastest or most stable program and it doesn’t work with 360 video with all cameras, but it’s free so what have you got to lose! 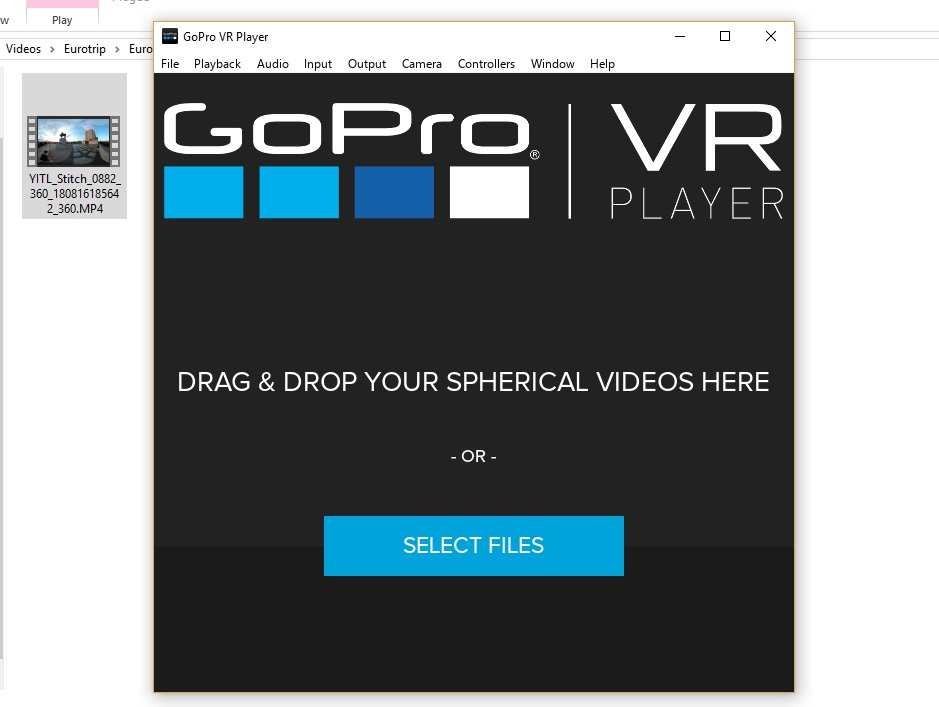 I’ve found the GoPro VR player much better than the native windows media player for playing back 360 video; it’s faster and it’s able to play back at higher quality. Like I said, it’s free and very easy to set up, so if you want the best program for simply watching your 360 videos then the GoPro VR player is essential.

Some people prefer to focus on 360 photography rather than video, and all of the other program I’ve suggested are mostly used on video. If this is the case for you then I recommend PTGUI for your 360 photography needs. It’s primarily a program designed to accurately stitch your photos together, which it can do much more accurately than the apps that usually come with your camera. 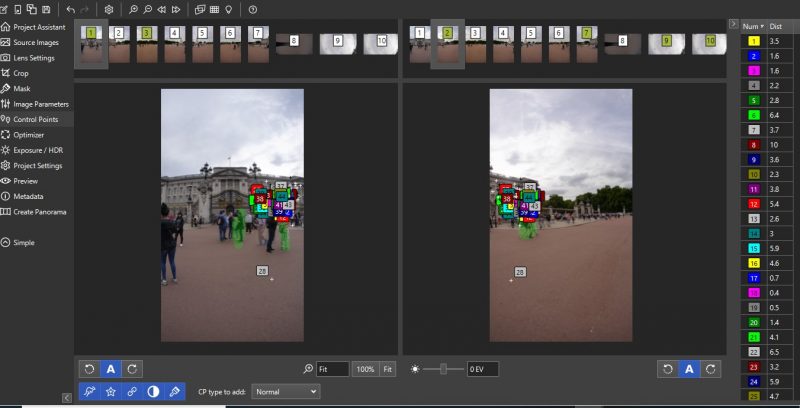 PTGUI isn’t free, but it’s an excellent program for creating virtual tours and getting the most out of your 360 photos. The latest update of PTGUI make it compatible with a variety of consumer 360 cameras such as the Mi Sphere and Samsung Gear 360.