At the end of 2019 Ricoh announced its latest 360 camera, the Ricoh Theta SC2. This is the second generation of the entry level Theta camera and brings with it several upgrades from the original such as improved optics and a larger memory.

Ricoh has now announced a new version of the Theta SC2 designed specifically for businesses looking to shoot virtual tours and utilise 360 media. What are the differences between the Theta SC2 and SC2 business edition? Let’s find out.

The difference between the two versions is not massive, but the business edition does feature a few new features that make it more suited to creating virtual tours. Both cameras shoot the same resolution images and video and while it’s not specifically stated, I’m assuming they use the same lens technology. 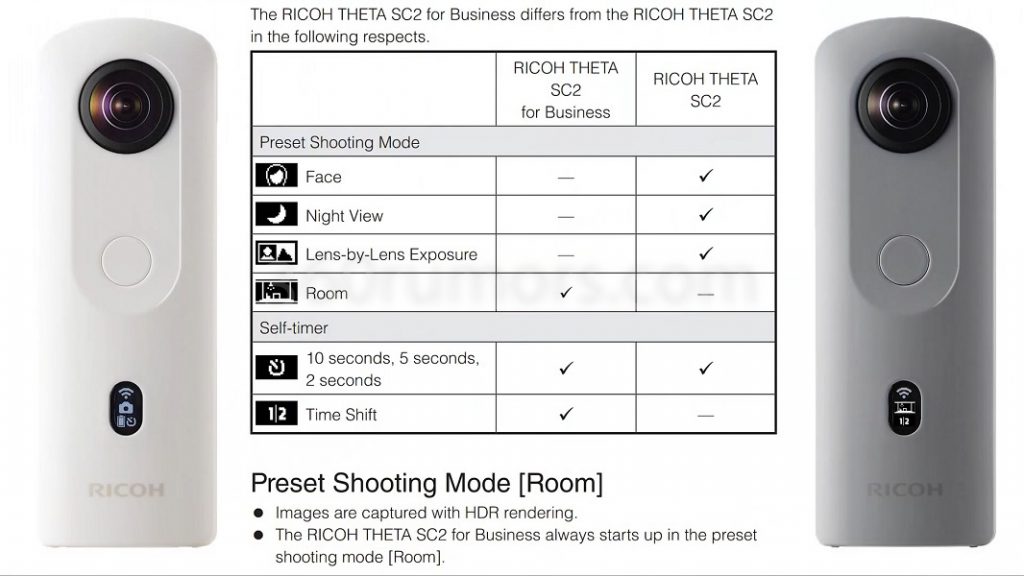 The Theta SC2 can shoot great quality 360 images considering the relatively low cost of the device. Ricoh’s lens technology is somewhat ahead of the competition however the image resolution is on the small side.

So if you specifically looking for a 360 camera for virtual tours, should you get the SC2 business edition? The two features added to the SC2 Business edition include a “Room” shooting preset which is actually a HDR mode specifically designed for indoor shooting.

The images above compare the Theta SC2 and SC2 Business using Room Preset Mode. As you can when shooting with the SC2 Business you can achieve better dynamic range as well as reduce overexposure in windows. The sign of a good Virtual Tour is the ability to clearly see outside windows without huge white areas blocking the view.

The second feature is “timeshift” shooting mode which allows the camera to shoot a 360 image without the user being in the shot. It shoots half the 360 photo with one lens, pauses, then shoots the other half with the second lens. This allows the user to move between each lens and disappear from the final image.

Neither of these cameras will be able to match up to the more advanced and much more expensive Ricoh Theta Z1, but it’s a good option for those who don’t necessarily require top end professional images.

The Ricoh Theta SC2 is available from Amazon now. The SC2 Business edition will be released later in the year and will be slightly more expensive.