The Ricoh Theta Z1 is the most advanced 360 camera produced by the well known Japanese tech company. I reviewed the Z1 last year not long after its initial release however recent events have led to an explosion in demand for 360 cameras and in particular the Theta Z1. This is an updated Theta Z1 review for 2020 after over a year of use and updates.

In my previous review I concluded that the Ricoh Theta Z1 was the best 360 camera for photography and virtual tours. Within the last year a few competitors have emerged but the camera has also received some significant updates. Let’s see how the Theta Z1 has improved and whether it’s still the top choice for virtual tours in 2020. 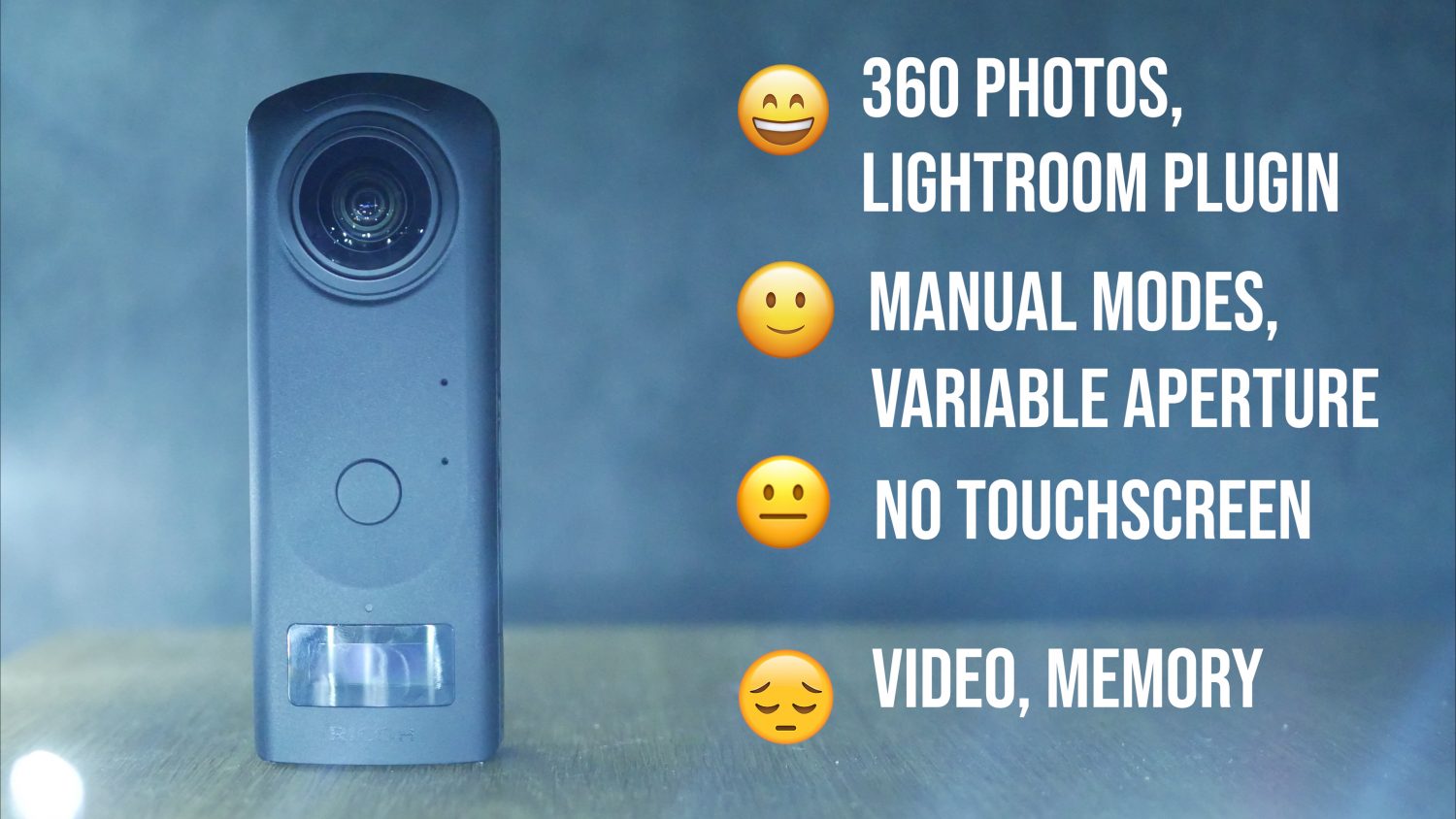 In March 2021 Ricoh announced a new version of the Ricoh Theta Z1. The new version features an increased storage capacity of 51GB, up from just 19GB. This small upgrade allows you to store many more images and videos without needing to transfer, something that users of the Z1 have been complaining about. The new version will cost $1049 and will eventually supersede the original.

I’ve been inundated with questions about which camera is the best for virtual tours. The demand for virtual tours for real estate, museums, offices and a multitude of other businesses has exploded. 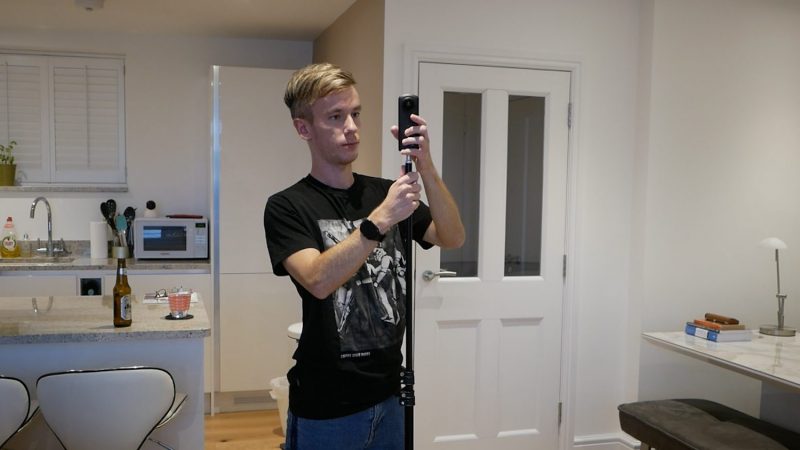 Over the past year the Ricoh Theta Z1 developed a reputation (partly thanks to my review) for being a great all-in-one camera for shooting virtual tours, but is this still deserved?

In my opinion the Z1 is still the best option if you want an easy to use 360 camera for shooting high quality virtual tours. What made the camera great for shooting 360 photos (and therefore VR tours) is the unique dual one inch lenses which allow for improved dynamic range and better quality compared to other 360 cameras.

All of these advantages are true today and no other mass produced 360 camera can match the Z1 in terms of image quality. Let’s take a look at a virtual tour shot with the Z1.

This is an example VR tour I shot with the Z1. It was shot in just 10 minutes and took another 20 or so to edit and upload. It’s a fast an effective way of creating high quality virtual tours. I’m not the best photographer in the world and many others have managed to squeeze out even better quality out of this camera.

Around 6 months after the release of the Z1 Ricoh announced a series of plugins which can expand the functionality of the camera. There are a range of official plugins from Ricoh however anyone can create a plugin. 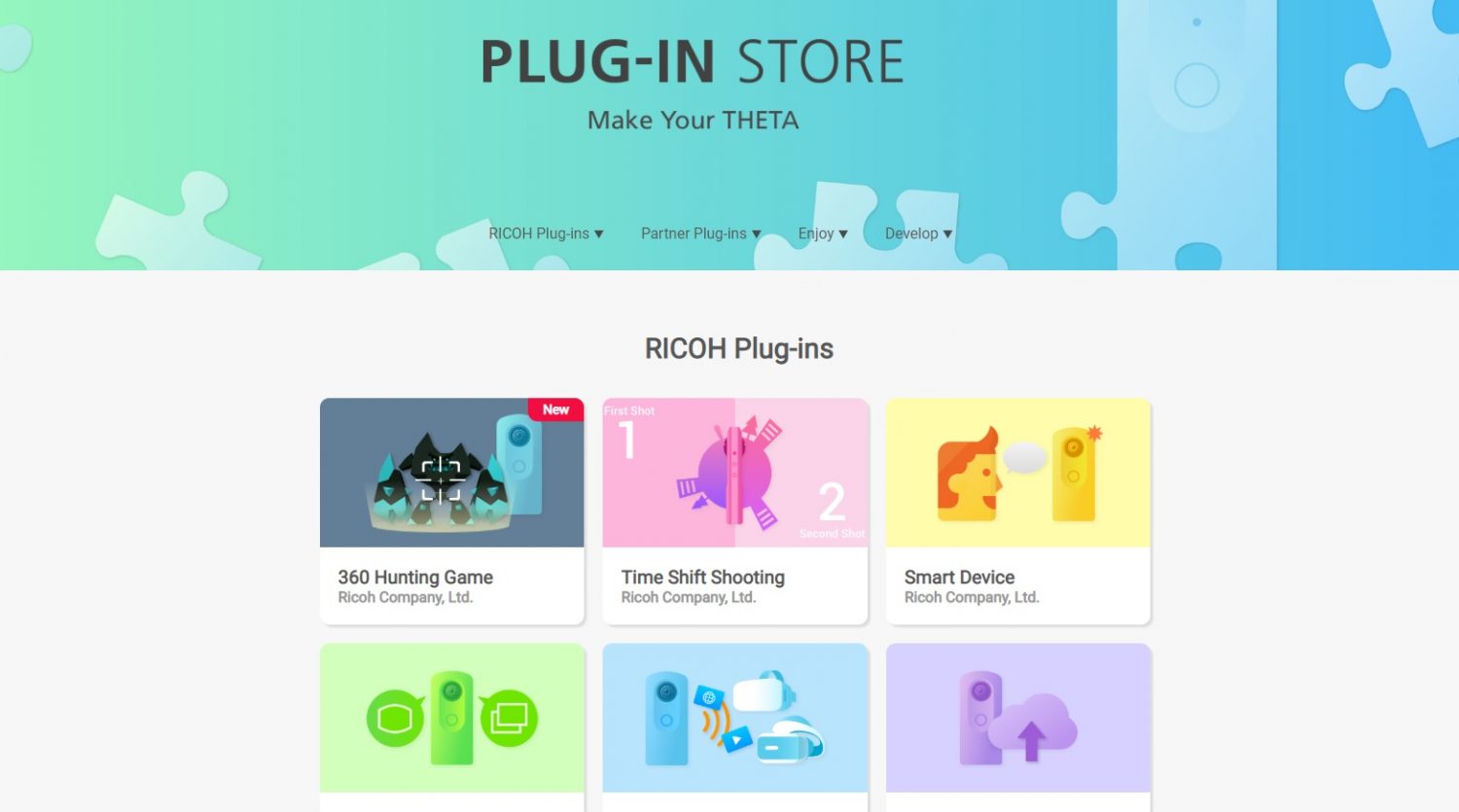 The most popular (and one that I highly recommend you install to the Z1) is the Dual Fish-Eye Plugin. This plugin allow the user to shoot a wider range of bracketed and HDR photos and keeps these images in the un-stitched dual fish eye format. 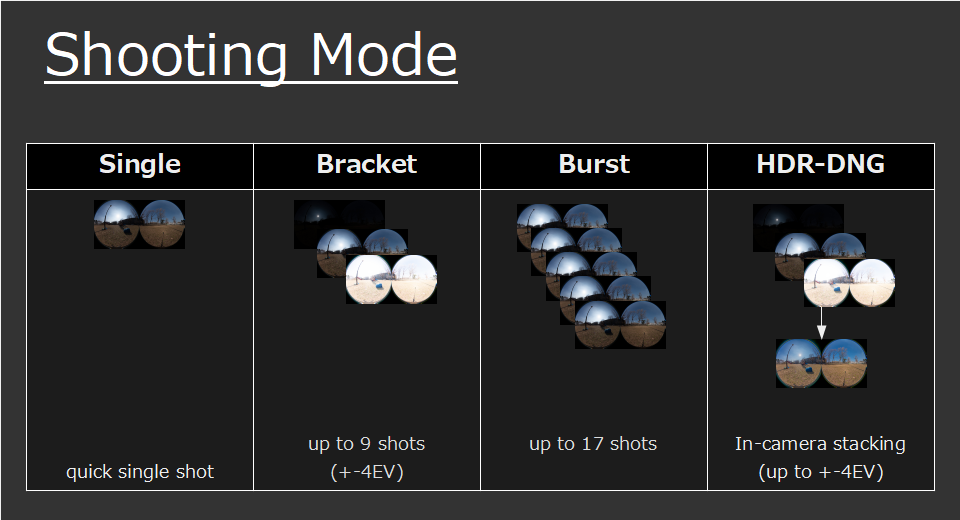 This allows the user to combine multiple exposures and manually stitch images in a program like PTGUI. The end result is a longer workflow but imaged with greater dynamic range.

While I still think the Z1 is the all-round best 360 camera for virtual tours it does face some stiff competition from newer cameras. The QooCam 8K comes fairly close to matching the quality of the Theta Z1 and it would be a great second choice if you struggle to source a Theta Z1. 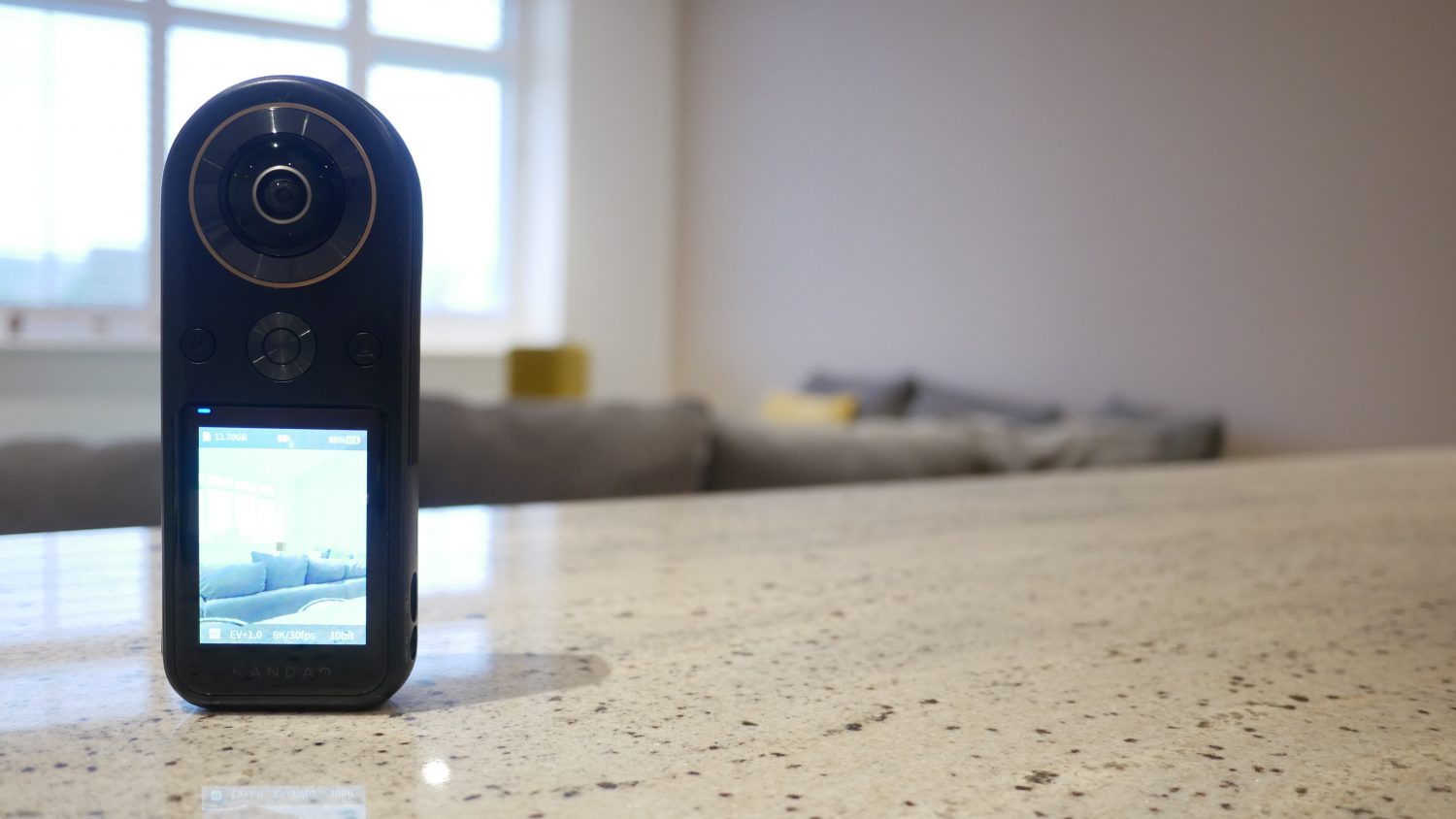 Unfortunately the QooCam suffers from a few software and hardware issues that makes it more difficult to use; the sensors inside its lenses are also smaller which can impact how it handles low light conditions. 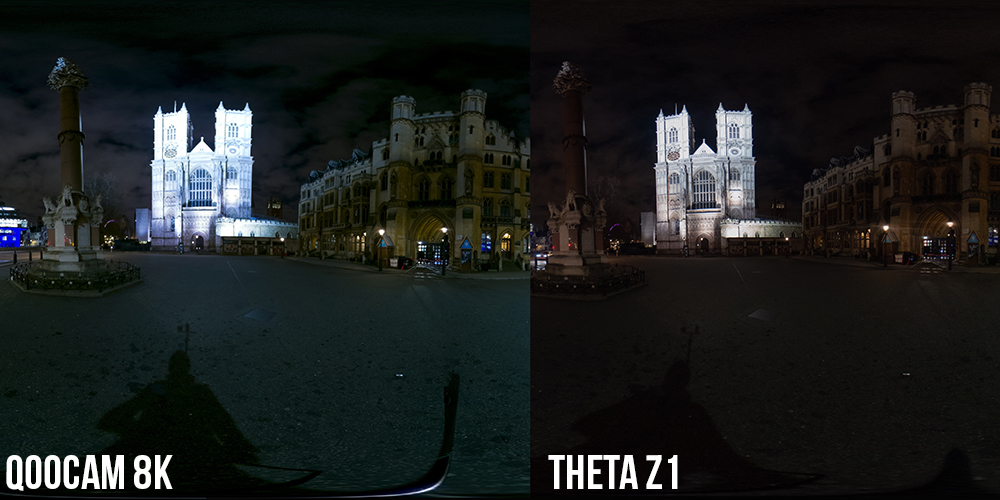 There have been a few interesting cameras released from smaller companies, such as the XPhase Pro and Labpano Pilot One. These cameras more than two lenses to shoot VR tours which usually results in higher quality images. The reason I don’t recommend these is because they are harder to use, harder to find and produced by small companies which may not be able to offer as much support.

The Theta Z1 is capable of shooting 360 video as well as photos. While this is a nice extra it’s by no means its best feature. In my original review I commented on how the limited 4K resolution was a limiting factor compared to other modern 360 camera which tend to shoot 5K or higher.

Little has changed in the year since the Z1’s release. Ricoh apparently released an update adding stabilization to the video however I don’t see much of a difference. If you are looking for a 360 camera that’s good for video then you should check out the Insta360 One R.

In order to get the most out of the Theta Z1 you’ll need to have access to Adobe Lightroom. The Adobe suite is pretty expensive but completely worth it if you want to use the Z1 in a professional capacity. 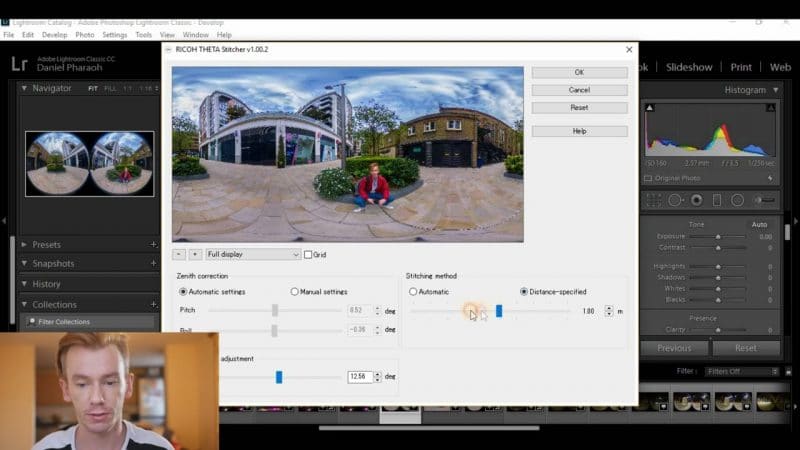 Ricoh developed a plugin for Lightroom that allows you to edit, color correct and stitch your images quickly. If you want to get the best image quality possible out of the Z1 then you’ll need to shoot in DNG Raw mode which requires you to color correct in Lightroom. Here’s a tutorial I made on how to do this.

The Lightroom Plugin has also received updates which allows you to batch stitch images.

It’s not the perfect camera; you’ll find the battery life to be less than ideal and there’s no way to expand the 19GB of storage. This is more than made up for by how easy the camera is to use and its ability to shoot high quality virtual tours quickly and efficiently. You’ll make your money back quite quickly if you are able to line up just a few clients.

The Theta Z1 is available on Amazon in the US, UK and EU. Due to high demand the camera is regularly out of stock so if it’s available don’t hesitate to grab one.