Casio have recently announced that they are entering the 360 degree camera market with the EX-FR200. That’s all well and good, many camera companies are jumping on the 360 camera bandwagon, what makes Casio’s offering special is its camera’s extremely unique design. 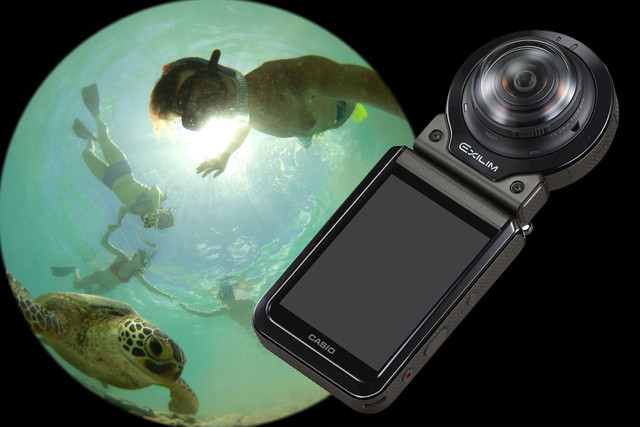 The Casio EX-FR200 has a modular design made up of a body and a detachable 1.35mm lens. The lens can be attached the front of the body, folded upwards for ‘Selfie mode’ or removed completed and used remotely. In ‘normal mode’ the camera has three shooting options: 180° 3888 x 3888 pixel fisheye view, unwrapped 360° 7456×1864 panorama or a super-wide 208° image. The main body hosts the LCD screen and is about the size of a small smartphone. 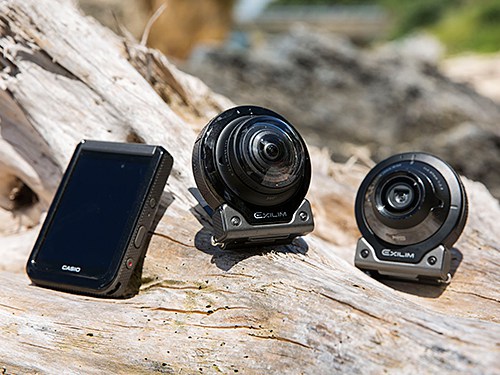 Casio has also designed an accessory which allows you to mount an additional lens to the camera body. The two lens’s face back to back, allowing them to shoot in full 360 degrees; the resulting images or video can then be stitched together in the Casio’s Exilim Album app or Exilim 360 Viewer desktop software. 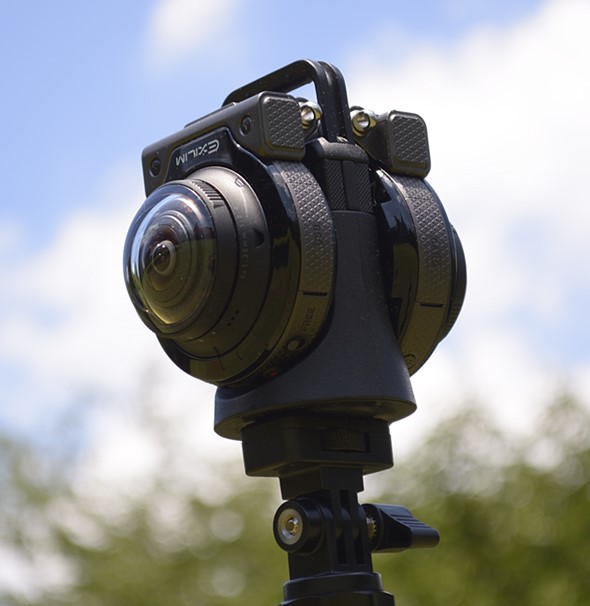 While the modular nature of this camera is certainly innovative, it isn’t the only feature to get excited about. The EX-FR200 can shoot video in full 4K, is water proof, shock proof, freeze proof and can be controlled remotely with wifi or bluetooth. This may be the closest thing to a 360 degree action camera that we’ve heard about so far.

The camera looks set to be released in September, however it seems that the release will be limited to Japan initially with no information on a world wide release. Hopefully if the sales are good Casio will decide to let us all have a go with the most innovative 360 camera design I’ve ever seen!

If you want more information on the Casio EX-FR200 you can read the translated press release.

GoPro Announces its first 360 Camera, but there's a catch...