With the release of the Insta360 GO 2 it’s time to take a look at what’s changed compared to the first generation of this camera. How much of an upgrade is the GO 2 compared to the GO 1 and it is worth buying the new version? Let’s take a look

Both of these cameras are exceptional thanks to their tiny size. Side by side there isn’t much between them, however the original GO 1 is a bit lighter at 18g vs 25 for the GO 2. In reality you won’t such a small weight difference. 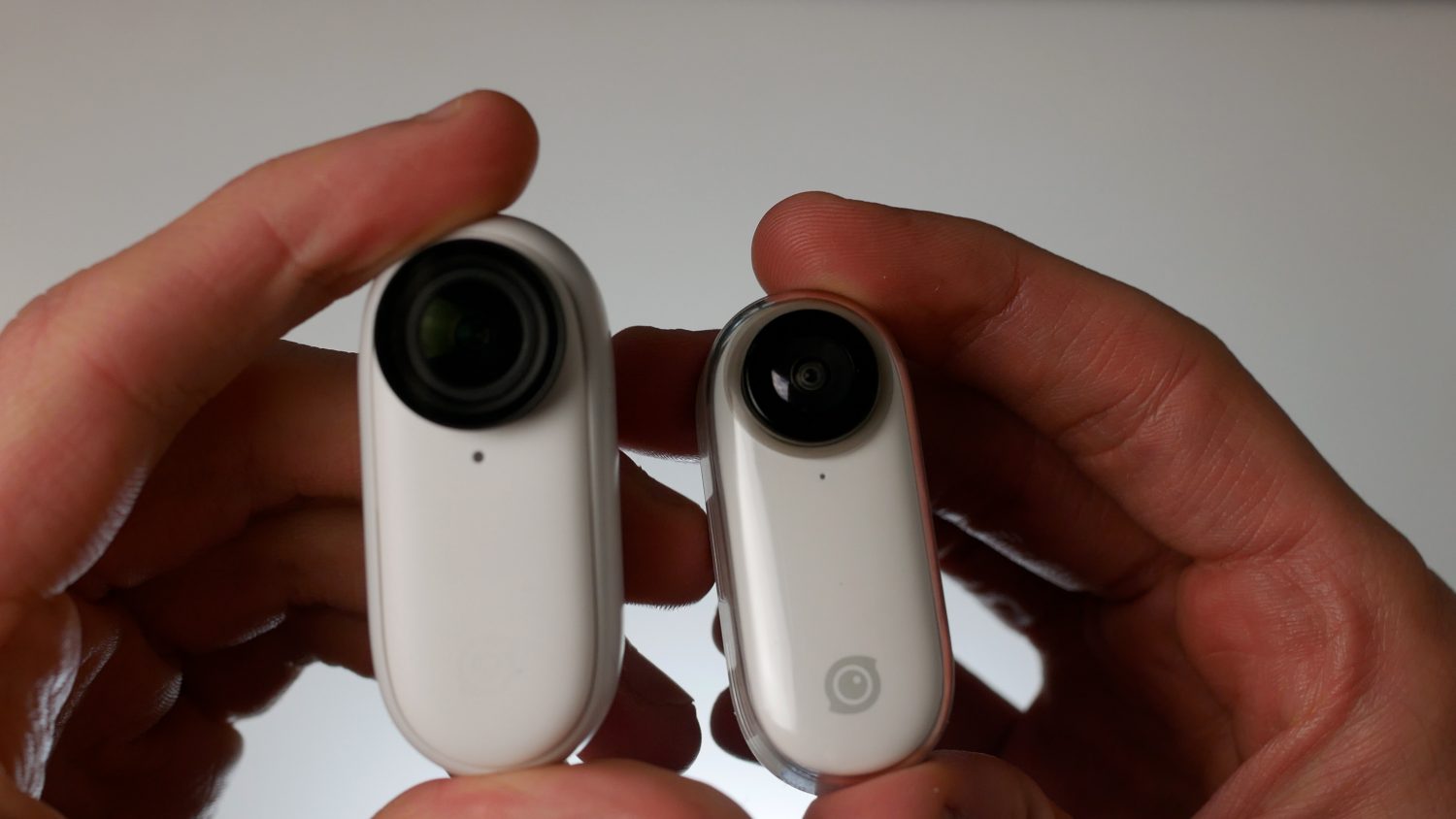 Both cameras are oblong, pill shaped devices with a single small lens. The GO 2 features a slightly different lens design with a cover. This cover is removable and can be replaced with ND filters which are sold separately.

The original GO case acts as a portable charger but can’t do much else, you also need a wired connection to transfer files while the camera is in the case. The GO 2 case is much more advanced, wireless and also acts as a portable remote as well as a tripod.

Both the GO 1 & GO 2 feature an internal magnet which allows it to securely attach to the various accessories that come with them.

The designs of both cameras are pretty much identical with the only major difference being the design of the case, which has been significantly improved with the GO 2. 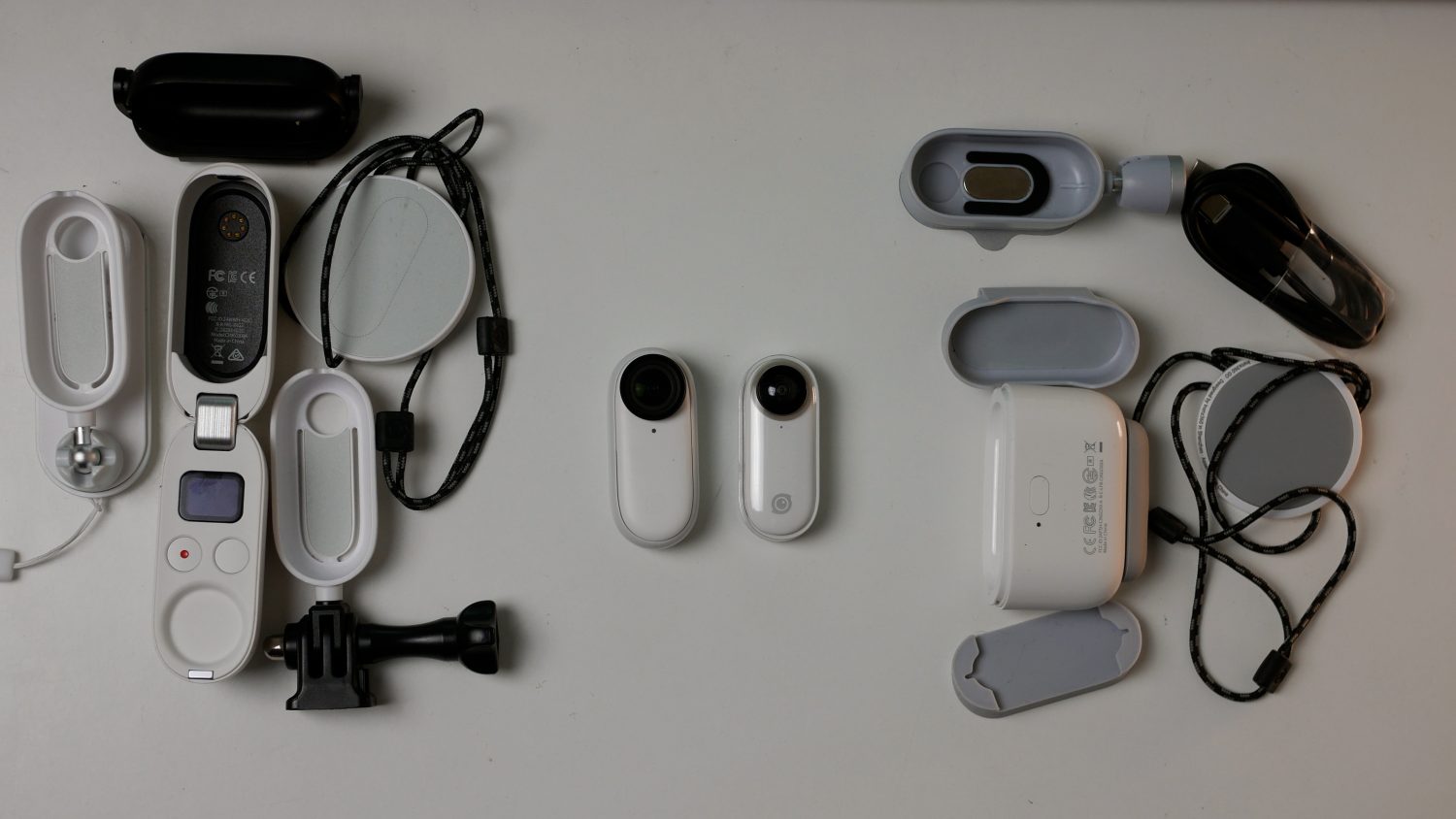 There’s no escaping that you get more accessories with the original GO, however the GO 2 case also acts as a mini tripod whereas the first version does not.

Here’s where the differences between the two become more apparent. The GO 2 features redesigned lens technology which results in much higher quality video when compared to the original GO. A boost in resolution also means video looks sharper. Take a look at my video review to see side by side comparison

Insta360 have upgraded the optics of the GO 2 and boosted the frame rate to a very decent 50fps, compared with just 25fps on the original GO. This makes a huge difference when you shoot moving video, which is what these cameras are designed for. 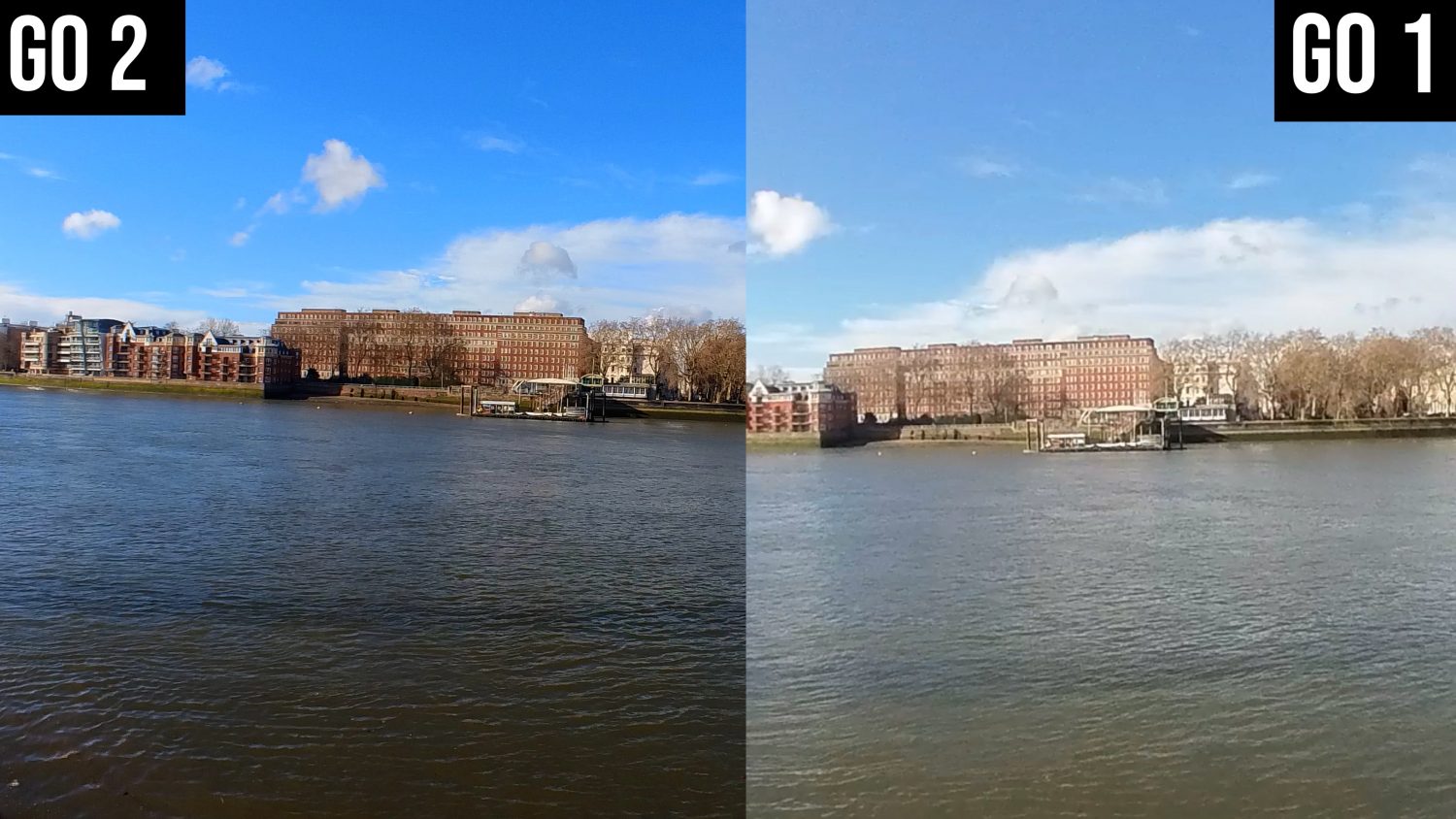 It also seems the color technology has been enhanced as video shot on the GO 2 is more vibrant. Neither camera can match up to larger cameras like  the latest GoPro or even your phone, but they are more than good enough for social media, particularly the GO 2. 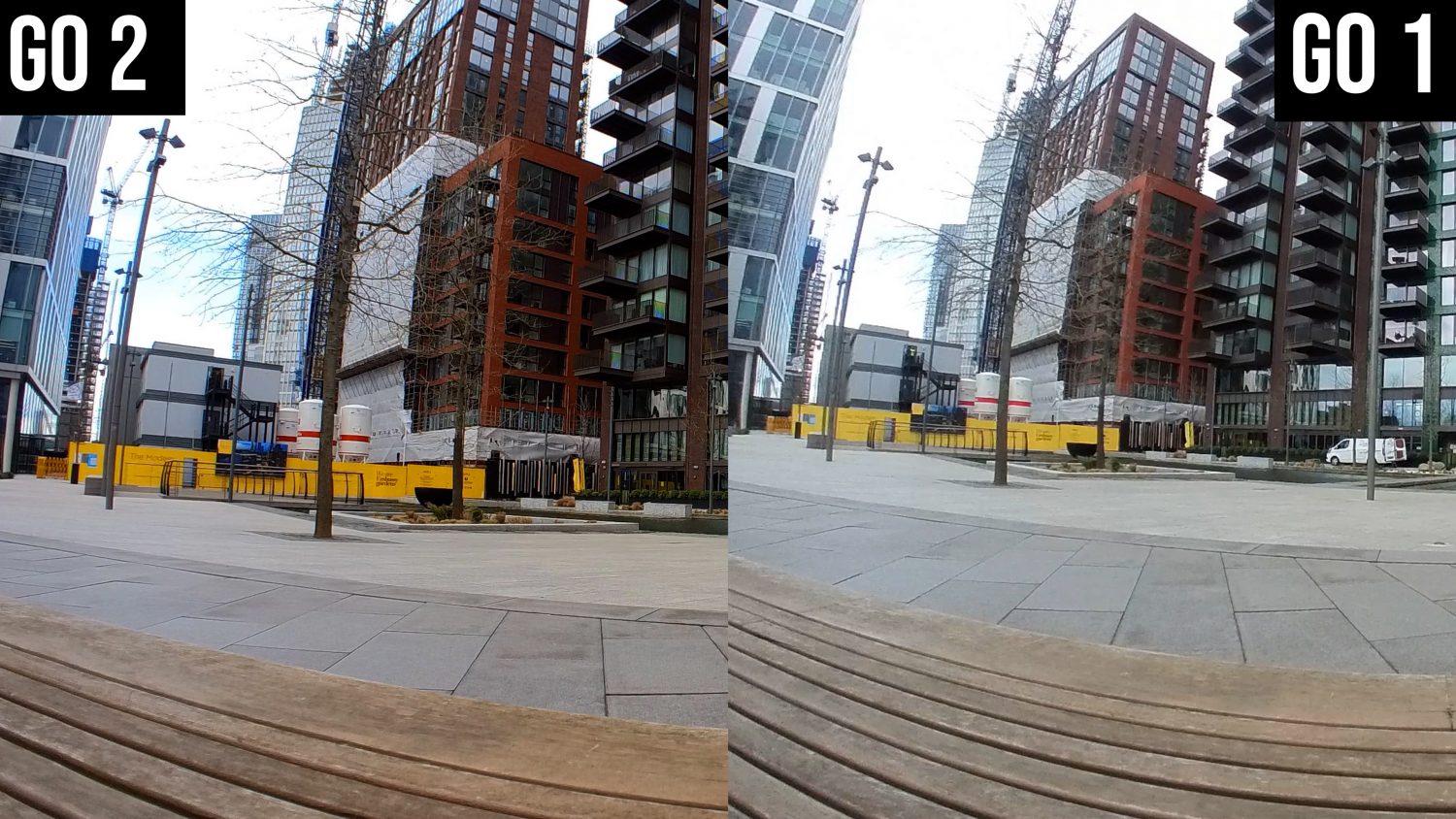 Both cameras feature Insta360’s flowstate stabilization which allows you to shoot moving video while keeping the horizon level. It works amazingly well on both cameras.

One of the main drawbacks of both cameras is a limit of video length when shooting stabilized video; just 60 seconds for the GO 1 and 10 minutes for the GO 2. The GO 2 does give you the option to shoot 30 minute clips with the stabilization off.

While it’s the design of both cameras that allows them to shoot unique video, the GO 2 will certainly produce higher quality footage every time.

Neither version of the GO cameras were designed to shoot photos and it shows, with very few option in both cases. The original GO once again shoots higher resolution images but lacks the Pureshot HDR mode built into the GO 2.

The quality of the photos shot with either camera is quite limited; you will notice a lack of fine details and a lot of noise when shooting in lower light conditions. Photos are just about acceptable for social media.

Water Resistance: The original GO could survive a quick dunk in water but was not suitable for long periods underwater. The GO 2 has been upgraded to be fully waterproof up to 4 meters, more than enough for a swim

Battery Life: One of the downsides of the original GO was the very poor battery life, barely 20 minutes on a full charge. You are able to recharge the battery with the case but this is limited to another hour of charge. The GO 2 has a boosted battery which can last around 3 hours if you include the extra charge in the case.

Without doubt the Insta360 GO 2 represents a huge upgrade compared to the GO 1. Insta360 made the right decision when they increased the size of the camera to allow for a much better sensor. The resulting improvement in video quality is stark and makes this a usable camera for action shot enthusiasts. The Go 1 may be smaller, but the video quality and 25fps frame rate limit makes it a dud.

The new case is also a massive upgrade, allowing you to control the camera wirelessly as well as recharge it easily on the go. Along with the generous range of accessories provided, this adds up to a great camera system for unique action shots.

The original GO was a great idea but it felt unfinished and the end result was poor quality video that looks bad even on a phone. The video upgrades as well as a wireless workflow makes the GO 2 a much, much better device, albeit significantly more expensive.

Make sure to subscribe to my YouTube channel for all the latest 360 camera news, guides and reviews.

Insta360 GO 2 Hands On Review: World's Smallest Action Camera Does It All