The Insta360 EVO is the newest camera in the Insta360 lineup. It comes less than 6 months after the Insta360 One X which has proven to be their most popular camera yet. So what’s the difference between the One X and the EVO and which one should you buy?

Both the EVO and Insta360 One X use pretty much the same internal technology; it’s how that technology is packaged and used that makes the difference. The no 1 difference between the two is that the Insta360 EVO can shoot both 180 3D and 360 video thanks to its fold-able body, whereas the Insta360 One X can only shoot 360 video. Let’s take a look at what this means in terms of design, functionality and usage.

These camera look very different, in fact if it were not for the logo you wouldn’t think they came from the same company. The two cameras use the same processor and lenses but the external body is designed for different usage. The Insta360 One X is slim and tall with the two lenses as close to each other as possible. It has a tripod mount at the centre of its body for simple accessory attachment and it has a small screen for manual control. 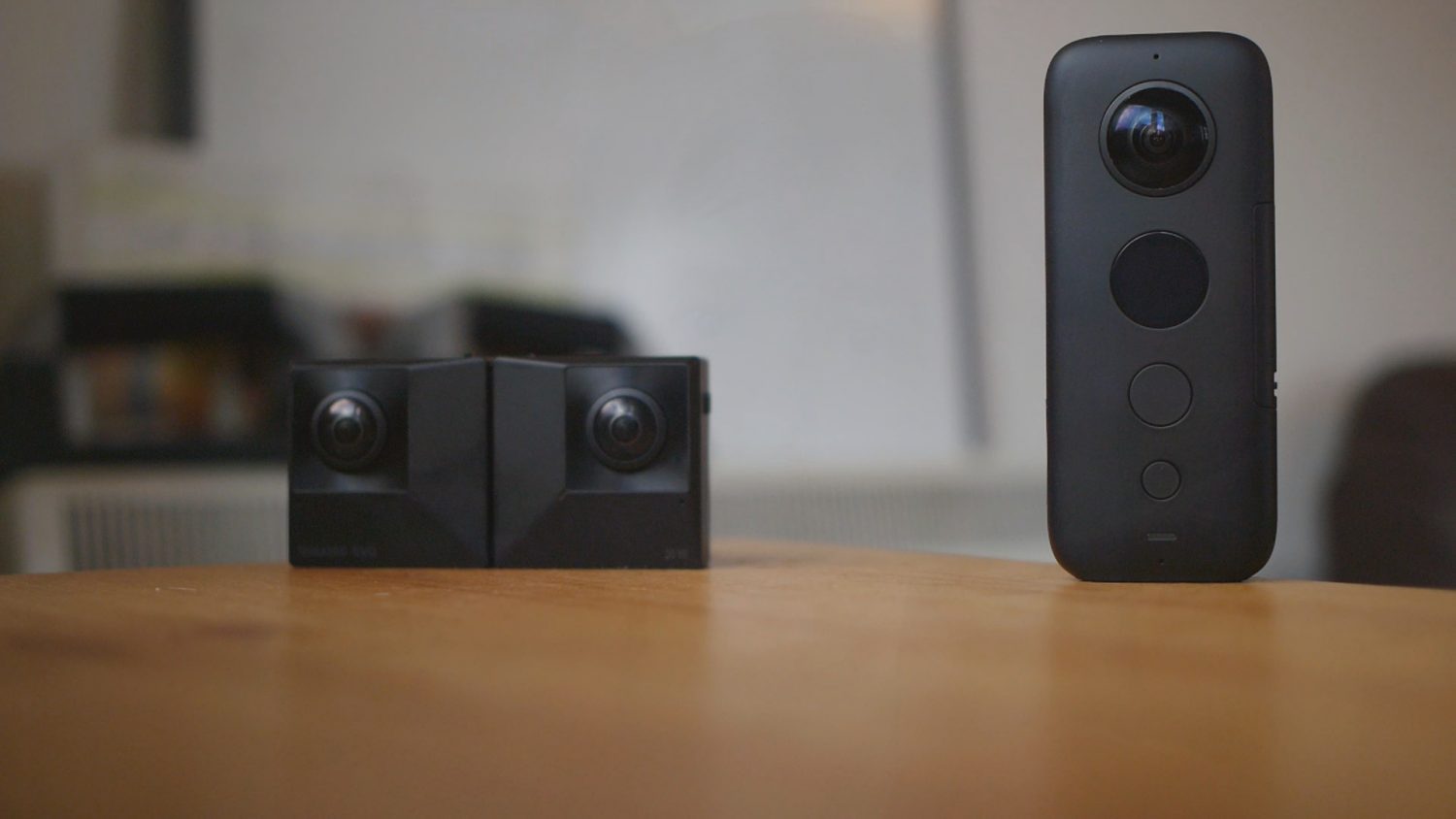 The end result of these design choices is that the Insta360 One X feels and looks more premium, it’s easier to use and more modular with several accessories and a removable battery. The EVO has a basic design but the ability to shoot 3D 180 could make up for it.

Both cameras use the same lenses however the individual designs have an impact on how they work. For example the One X lenses are closer together meaning there is less of a visible stitching line, where as the EVO in 360 mode is quite bulky resulting in a more visible stitch line. This is only a concern if you shoot objects very close to the lens.

Apart from this the quality of the video is near identical. Both camera shoot 5.7K 360 video at around 100mbps. The sharpness, and detail of the video is among the best coming out of any 360 camera right now. Both can shoot in LOG mode to maximise quality and editing options and both have a HDR video mode.

Both the EVO and One X can also shoot 4K video at 50fps, providing options for slow motion and what they call “timeshift”.

The only real difference, again, is the 3D 180 mode on the EVO. Shooting in 3D gives you ability to ad depth to your video and provide an IMAX like experience for anyone viewing on a VR headset. I’ve watched video shot with the EVO on my Oculus GO and it works in the right situations. If you have an object near the lenses, or moving towards them, it will stick out like in a 3D movie. It’s a really cool experience and is way more immersive than non-3D video.

The 180 video shot with the EVO is also very sharp; it uses all the 5.7K resolution but condenses it into a smaller area. The same can be said for photography with both cameras; essentially the same but the EVO can add the 3D effect.

This is what makes Insta360 cameras so popular, their ability to completely stabilise video without a gimbal. Thankfully the EVO comes with the Insta360 Flowstate stabilization installed so you’ll be able to take moving video with your camera and not worry about shakiness. The ability for the camera to stabilise 180 video will be limited but simple movements like walking should be fine.

Insta360 has developed two other technologies just for the EVO. Firstly, the Holoframe phone case which allows you to view 3D photos and videos with the naked eye. The Holoframe works with the EVO app by tracking your eye movements. The Insta360 VR App for Oculus Go and Gear VR allows you to connect your camera to these headsets directly. You can preview and stream videos show with the camera right away without having to physically move the files or connect to a laptop. This makes the EVO an ideal companion to VR headsets.

While the Insta360 One X can’t boast about any of these features it does instead have a wide range of accessories available, many of which will not work with the EVO. 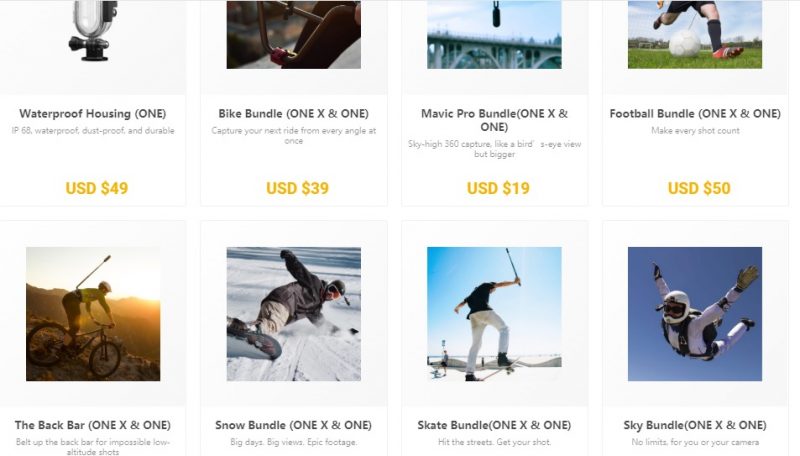 The Insta360 One X is primarily an action camera. It’s designed for swimming, surfing, vlogging, climbing, running, biking, or any other kind of activity you’d want to film. If you shoot video with the One X your audience will probably be on YouTube, Facebook or Instagram. The EVO is designed to be part of a VR ecosystem and your audience is going to be people using their Oculus Go and Gear VR. Of course there is plenty of overlap here and there are plenty of uses for both cameras, but the different is pretty clear. If you want an action camera go for the One X, if you want an immersive VR camera go for the EVO.