The Pilot Era is a new professional 8K 360 camera and is now available on indeigogo for a discounted price. Announced at CES 2018, the camera is the first and only to be able to shoot and stitch 8K 360 footage internally. Why is this important? Well for all other pro level 360 cameras you need to upload your footage to a desktop and wait for it to be stitched, usually using a dedicated stitching software from the developer. This means a lengthy wait until you can actually see if your 360 shot works or not.

The Pilot Era, which received my personal award for strangest name ever, is able to cut out this part of the work flow and will stitch the footage it shoots internally. The camera also has some other unique features such a large LCD touch screen and voice control. Here are the full specs of this latest professional 360 camera:

The Pilot Era has an impressive array of features which could make it perfect for professionals wanting to shoot high quality VR video.

Internal stitching: This is possible thanks to the 4GB of ram included within the camera itself. Pisofttech, the company producing the camera, claims that the camera can stitch 8K video within seconds meaning you don’t need any other software to creat your final 360 video.

LCD Touchscreen: Being able to stitch video internally isn’t much good if you have to plug it into a PC to view it anyway. The Pilot Era gets around this by including a touch screen LCD on the body. This should allow you to preview your images and videos instantly without having to connect to a phone, tablet or desktop. Check out this video of someone using the touch screen to instantly view their 360 footage:

4G:  The Pilot Era will also come with a 4G antenna, allowing you to livestream over a data network. You can also broadcast over wifi, but the 4G gives streamers more options of when and where they can live stream in 360

Stabilization: 9-axis stabilization ensures that even when the Pilot Era is moving, the video it shoots remains smooth with a straight horizon. Only a small preview of this has been provided, so we will have to wait and see if the final product is as good as they say.

Battery: A 7200 mAh battery provides up to 3 hours of continuous recording, an impressive feat and significantly more than most other 360 cameras. 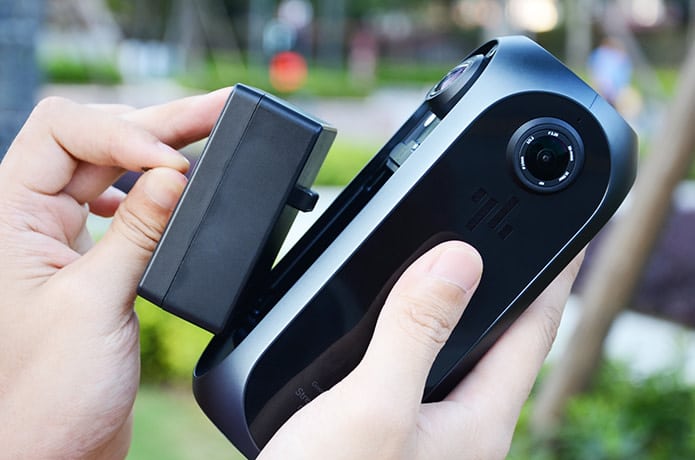 The body of the camera looks to be pretty bulky but it’s actually about the same size as a large can or beer! Pro 360 cameras aren’t exactly known for being small anyway and that’s quite a lot of camera technology packed into a small space.

The Pilot Era comes fitted with four 12mp Sony sensors with an aperture of f2.28 that work together to shoot up to 8K video at 24fps. You also have the option of shooting lower resolution video at higher frame rates. Check out this 8K video shot with the Pilot Era. You’ll need to have a pretty fast connection to load the full 8K and YouTube will compress the file so the quality is reduced, but you can still see how good it looks. For an all in one camera the video quality is decent and seems to match up to other more expensive professional 360 cameras. It would be good if a HDR video mode was added in the future as this would improve the video even more. Obviously this is only one environment and I’ll be testing the Pilot Era in more locations soon.

Other professional 360 cameras such as the Insta360 Pro and Z Cam S1 cost more that the Pilot Era but also require extra software to work, these other cameras also have their own unique features so you’ll need to decide which is most important to you. 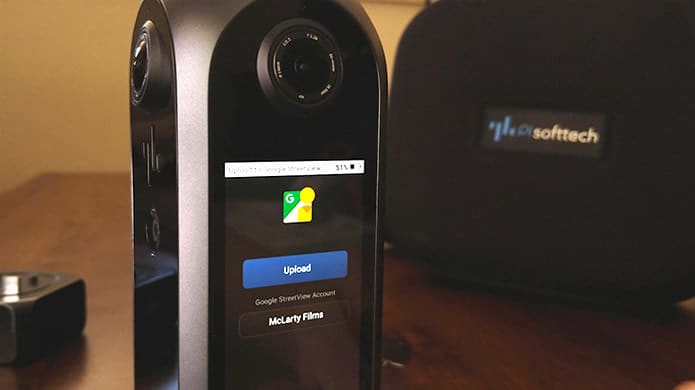 HDR photography is also available and drastically improves the overall look of the 360 images shot with the Pilot Era, particularly when shooting indoors. The highest resolution of the Pilor Era 360 photos is 8192 X 4096

The camera comes with a huge amount of internal storage, 512GB, enough for thousands of photos and over 6 hours of 8K video.

The Pilot Era is now available on Indiegogo where it has already reached its funding target (and then some). You can get an early bird discount if you order in the first month or so and it looks like a good deal. I have been sent a Pilot Era to test so I can confirm that they do exist and it does work! I’ll be posting more example videos and photos soon, but in the mean time you can check the Indiegogo page if you are interesting in getting that discount.