One of the biggest complaints I see when people start shooting 360 video is that the quality isn’t as good at “normal” video. There’s not much we can do about that because the very nature of 360 video means it requires huge resolution stretched over 360 degree field of view. Even so, there are some things you can do to improve the quality of your 360 video both when shooting and in post production. Let’s go through them now and hopefully you’ll be able to get higher quality 360 video.

1. Make sure each lens gets the same amount of light

Most consumer 360 cameras have two lenses which allow it to capture the entire environment around it. The camera than stitches these two images together to create the 360 image or video. Sometimes you’ll notice a line where this stitching occurs and this can reduce the quality of the 360 experience. The best way to avoid this is to ensure each lens gets roughly the same amount of light so that there is no color difference. 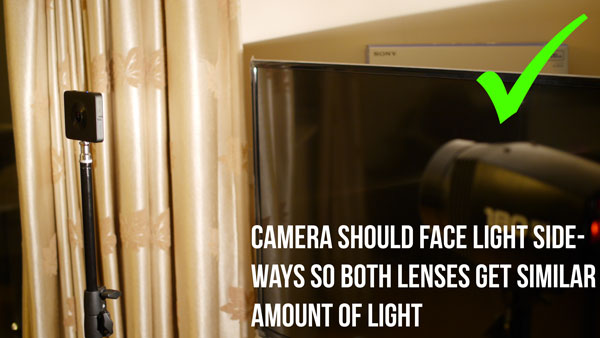 You should position the camera so that the main light source (the sun if you are outside) is directed at both lenses at the side not just one lens.

2. Use the right camera settings

Before even shooting anything you need to make sure you’re using the best settings to maximise the quality of your video. Firstly, make sure you’re using the highest resolution option for video. Usually there are a few options but you should always go for the highest resolution if you want the clearest video. Next you need to make sure if you are shooting inside that you use the correct color balance settings; you’ll be surprised how much of an impact this can have. If your camera has a manual mode you can also change shutter speed and exposure, which is particularly important if you are shooting in low loght conditions. Make sure in darker settings the shutter speed it high and the exposure slightly up.

By adjusting saturation, shadows, highlights and exposure you can reveal details that were otherwise hidden and add more color to a dull scene. While Premiere Pro can’t increase the resolution of a video it can massively improve the overall appearance quickly and easily. Take a look at difference in these color corrected videos and you’ll see how much the video can be improved. 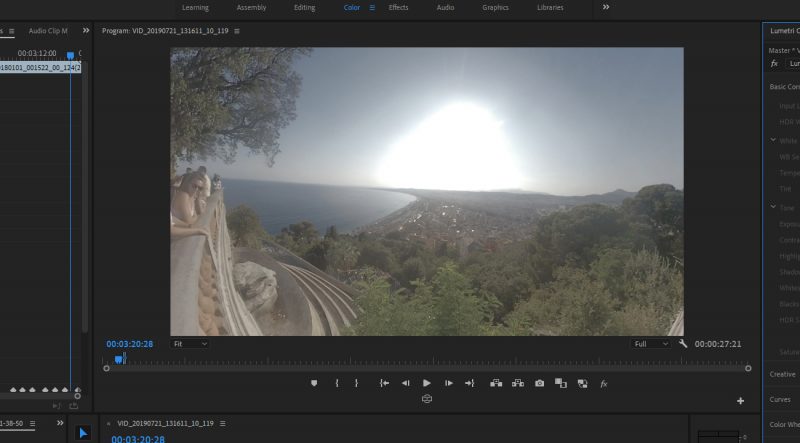 The final stage of ensuring your 360 video is the highest quality possible is the export process. When you’ve finished editing your video and you’re ready to render it you’ll have plenty of export settings and depending on what you select could significantly impact the final video. The specific setting you should keep an eye out for in export bit rate. Usually the default in Premiere Pro is quite low which means the total amount of detail in your 360 video will be low, which is not what we are looking for. Make sure the bit rate is at least 50MBPS but preferably up to 100MBPS if you want the absolute best. This will likely create huge video files but it will be worth it for the boost in quality.