One of the creators of Android, Andy Rubin, has just unveiled a brand new smartphone that is set to compete with the big boys. The Essential Phone was developed by Rubin’s “Playground” technology investment company and comes packed with the latest phone technology as well as some new innovations, one of which is a 360 camera peripheral that attaches itself magnetically to the back of the phone.

While the development of the Essential Phone is big news, I’m going to focus on just the 360 camera accessory being developed along side it. At the moment it doesn’t have a name and is simply refereed to as “the 360 camera”, but it’s still an important part of the phones ecosystem. Just look at what Essential’s head of optics and imaging, Xiaoyu Miao had to say about 360 cameras:

“If you look at a 360 camera, it’s completely different from a conventional one, in that it captures the entire world around the user. It is an immersive experience that puts the viewer in the center of the action and fundamentally changes how we take a picture. You no longer aim your camera, because you get everything in every shot”

So what can we expect from this new 360 camera from Essential. Well, for a start it’s the smallest and lightest 360 camera ever developed, weighing only 35 grams. The duel lens camera will be able to shoot 4K 360 video and 12 megapixel 360 photos. 4 microphones will allow you to capture 360 sound and memory and battery are siphoned directly from the phone.

While the Essential 360 Camera is being developed as an accessory for the main phone, it will also be available separately for a higher price. Bought with the Essential Phone, the 360 Camera will only cost an extra $50, but when purchased separately the price increased to $200. This still isn’t a bad price considering the decent specifications of the camera which outperformed more expensive competitors. 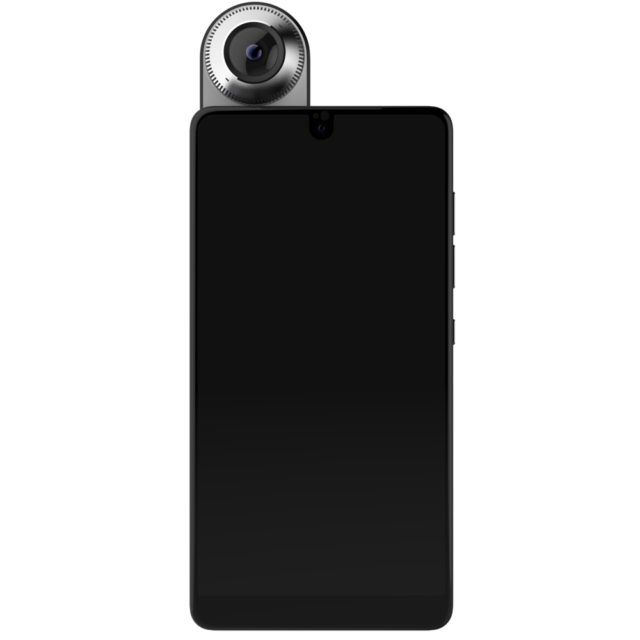 This thumb sized 360 camera certainly packs a punch considering its minute stature, however if it turns out to be incompatible with all other phones bar the Essential Phone, not many of us will get to try it. As soon as I find out more information on the Essential 360 camera I’ll post here ASAP.

As of now the Essential Phone and its 360 camera are only available in the US and you can order from the official website.