Another year another 360 camera from Samsung. Last week Samsung filed a patent for a new version of their Gear 360 camera, a fact that was soon revealed by letsgodigital.  Also discovered among the patent files were some images revealing the design of the new camera.

The Samsung Gear 360 2018 looks set to become a reality early next year and will most likely be released between February and April. No details on the specifications have been released, but it seems doubtful that Samsung would release a new product without some improvement in the specifications.

Let’s take a look at the design, because that’s the only thing we can be sure of right now. 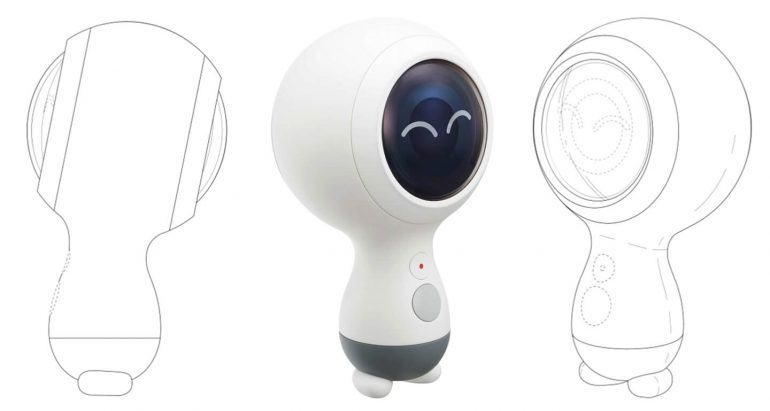 Yes, those are little feet. Sigh…

Samsung is clearly looking to humanise this product as much as possible, probably so it can b sold as a “cute” accessory for their premium smartphones. Compared to the 2017 version of the Gear 360, the 2018 design features a larger, more bulbous head which houses the lenses. The body is relatively smaller and is lacking the small LCD screen found on the 2017 Gear 360. This could even be a camera specifically designed for children 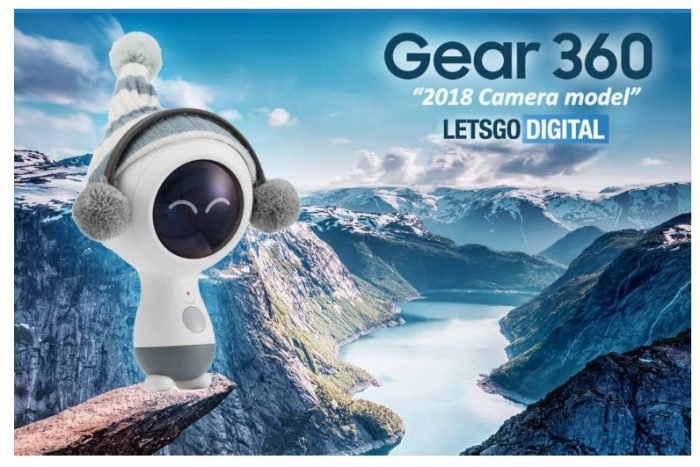 The feet at the bottom of the body may actually be useful in stabilising the camera when placed on a flat surface. The previous version was notable for shopping with a stabilisation ring, which was both useless and ugly. What does slightly concern me is the apparent lack of a tri-pod adaptor, which would mean you would not attack the camera to a selfie stick of tripod. 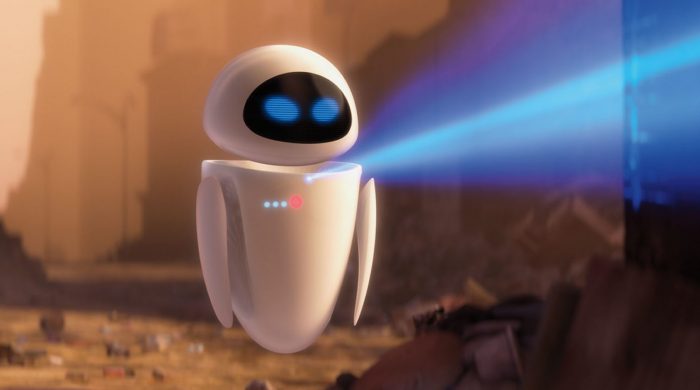 Remind you of anything?

What does this mean?

Just looking at the design, I can pretty much bet my house that the 2018 Gear 360 won’t be the most technologically advanced 360 camera ever. Samsung are targeting the youth market who might want a cute accessory that can shoot unique photos and video.

The fact that Samsung is even developing a third version of their 360 camera range is a good thing, it means that the cameras are selling well, or at least helping their other product to sell. The industry has exploded over the past few years and predictions have been made for consistent growth in sales, the announcement of this camera seems to suggest that people are buying 360 cameras.

I predict that this new version of the Gear 360 will be cheap, cheerful, easy to use and will shoot average 360 content, or maybe it will be a very much downgraded version of its previous camera designed for kids. No one knows yet, but you can join my 360 camera Facebook group and be the first to find out when more news is released.