The Insta360 One X was release at the end of 2018 and quickly became the most popular 360 camera. It retained this title through 2019 with many top YouTubers and vloggers seen using the camera. What made the Insta360 One X so popular was its relatively high quality video (compared to other 360 cameras), small size, near perfect stabilization and easy to use editing app.

Over a year later there have been more than a few new 360 cameras released including the sequel to the One X, the Insta360 One R. The One R took a different direction in terms of design and functionality and is no longer a pure 360 camera. This has some advantages and some drawback. So the question remains; is the Insta360 One X worth looking at in 2020 or are there better options?

The One X is without doubt the 360 camera I used the most over the past 18 months. I’ve travelled to half a dozen countries with this camera and shot some awesome footage. The One X is first and foremost a video camera and although it can also shoot pretty decent quality 360 photos I tend to use the video mode far more.

The Camera performs best in daylight or overcast conditions, however in direct sunlight you will notice some lens flare and a small red dot in your final video. In the right conditions the video produced by the One X can be very good.

The One X is best used for creating video that’s intended to be viewed on a phone screen. The limited resolution possible with re-framing means that watching One X footage on a large screen won’t be the best experience and the camera (or any other 360 camera) can’t match up to dedicated 4K action cameras in terms of video sharpness.

One of the most popular 360 cameras out right now. 5.7K resolution, amazing stabilization and cmpact design makes this one of the best action/vlogging cameras ever.

Another reason the Insta360 One X became so popular is the “invisible selfie stick” effect that the company popularised. While this effect is technically possible with any 360 camera, it’s particularly easy with the One X thanks to its thin body. 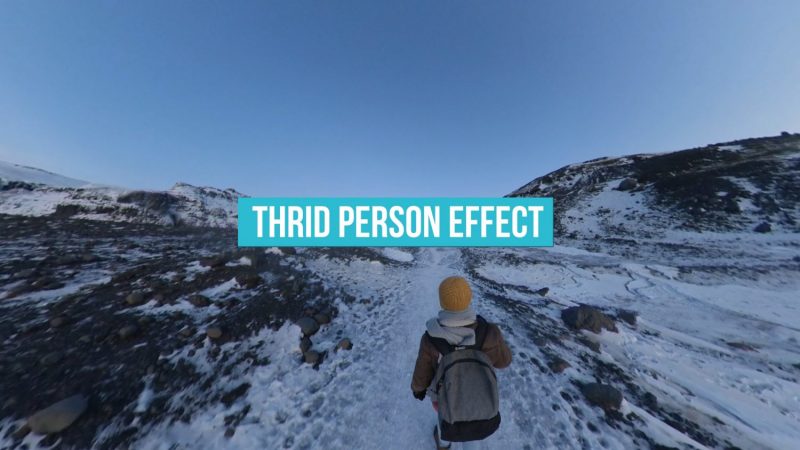 The effect makes it appear as if the camera is floating and allows you to achieve unique shots not possible with other cameras.

In dark or low light conditions the One X does struggle to produce high quality video. Often you’ll notice a lot of noise which will render the video pretty useless. If shooting video in an area with plenty of  artificial lights the camera can hold up pretty well. Manual mode allows you to adjust for these conditions. 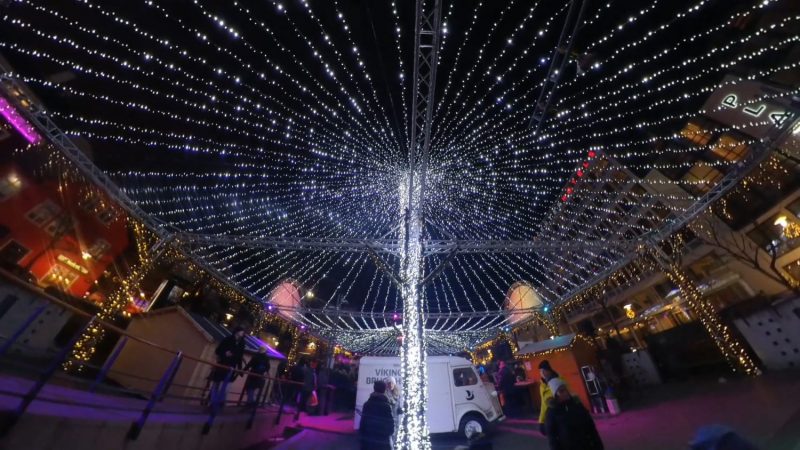 All of the above still holds true in 2020. In many ways the One X can match up to newer 360 cameras and you’ll likely find it for a significantly lower price. While cameras like the GoPro Max and One R feature superior video quality, the difference isn’t exactly night and day. Both the One R and GoPro Max struggle to maintain the invisible selfie stick effect whereas it’s all but guaranteed with the One X.

What made the One X really worth buying was the amazing One X app which allowed you to quickly edit and reframe your 360 video. When the next generation One R was released early this year a new, even better app was released along side it.

The new One R app brought even more capabilities including AI editing, auto reframing, advanced tracking, music and color correction. The App has been touted as one of the main reasons to upgrade to the One R, however it turns out the One X is fully compatible with the One R app.

Being able to use all the One R app features with the One X is a significant boost for the older camera. The difference in video quality between the two is minimal with the main advantage of the One R being its modular design. If you are only interested in shooting 360 then the One X is, in some ways, the more logical choice.

When it comes to shooing photos the One X is no slouch either. While it definitely cannot match up to dedicated 360 photography cameras like the Ricoh Theta Z1 it does a very decent job. With the ability to shoot DNG RAW images the One X has the ability to produce great quality photos, if you are willing to dedicate some time to editing. 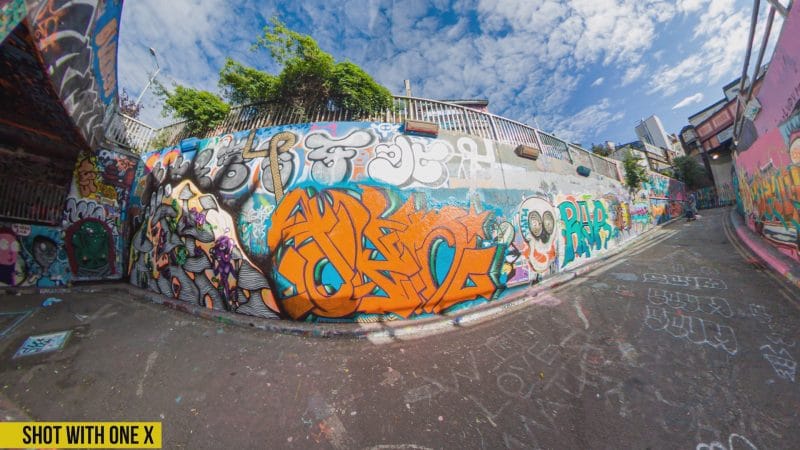 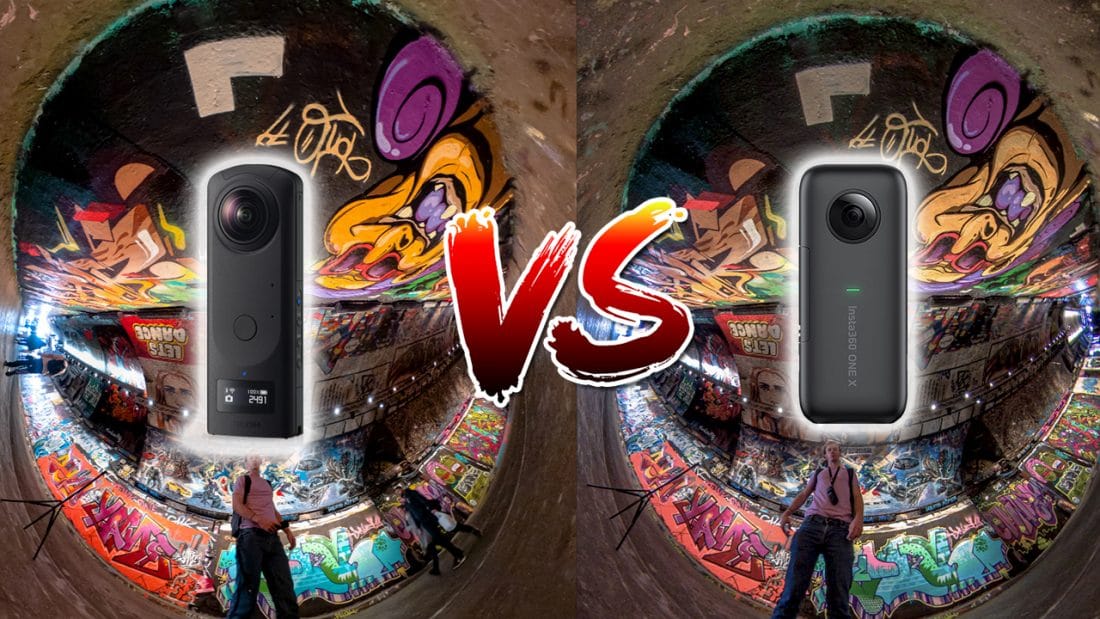 Compared to the much newer GoPro Max the One X is actually a much better camera for photography. The Max can’t shoot DNG RAW images and it has less manual mode options.

So why doesn’t everyone just keep buying the One X? Surely if what I’ve said is true then there can be no real competition. The One X is not a perfect camera and it has some frustrating flaws.

While the design of the One X makes it pocket-able, easy to use and versatile, the plastic body feel cheap and is easily broken is dropped. The camera isn’t weather or waterproof and the diving case accessory seems to be or poor design. Most annoyingly the battery life is pretty poor with around 40 minutes of shooting on a full charge.

All of these flaws have been improved upon by newer cameras as has performance in low light situations and while moving. If you buy the One X you’ll need to be well aware of its limitations. I’ve found the camera works best when travelling, riding a bike, as a dash-cam or attached to a helmet while cycling or skiing. These are a new examples of where the camera works best but there are many more possibilities.

Let’s Summarise this whole post by listing the pros and cons of buying the Insta360 One X right now.

I do think the Insta360 One X is worth buying in 2020, particularly as its now much cheaper than the competition. The camera has its limitations but I can deal with them and I just don’t feel like the new crop of cameras feel like a big enough upgrade, either because they are too difficult to use or they don’t produce significantly better 360 video.

The One X can be bought from the Insta360 website and if you use the button below you’ll get a free invisible selfie stick.

One of the most popular 360 cameras out right now. 5.7K resolution, amazing stabilization and cmpact design makes this one of the best action/vlogging cameras ever.