Insta360 One X vs GoPro Hero 7: Which is the best action camera?

The Insta360 One X is primarily designed to be an action camera. Sure, it can film in 360 VR, but it uses all this extra captured footage to create super smooth “normal” video that you have complete control over. Could this be the start of a new action camera revolution, or does GoPro’s latest camera still reign supreme? In this post I’m going to show you the differences between the two cameras, what their strengths are and where they don’t perform as well. By the time you’ve finished reading you should have a pretty good idea whether the Insta360 One X or GoPro Hero 7 is the better action camera for you.

Note: When comparing these two cameras I used the GoPro Hero Black, which is the most advanced Hero 7 with the highest resolution and frame rate options.

Both of these cameras are designed to shoot the best video possible. They acheive this in different ways; the GoPro Hero focuses on video quality and getting the absolute best image possible, whereas the Insta360 focuses on giving you complete control over what your video looks like even after you’ve shot it.

Take a look at my video comparing the two cameras to see footage shot with each camera.

Having used both cameras for a while the differences between the two are pretty obvious. Firstly, the GoPro does produce much better quality video in terms of resolution and sharpness. But wait, doesn’t the Insta360 One X shoot 5.7K video vs the 4K of the GoPro. Well yes, but the 5.7K video is spread over 360 degrees which you then zoom in to create a normal action video, so the final resolution from the One X in this mode is 1080p.

The Hero 7 optics and resolution are really fantastic for a camera this size, almost verging on DSLR quality. Colors and light look bright and vibrant, even in low light conditions. It’s a fantastic camera for creating beauty shots, perfectly suited for a vacation to a tropical island or epic mountain range.

The Insta360 One X can’t match the overall video quality of the Hero 7 but the 1080p video still looks pretty good, especially when viewed on smaller screens (where most video is viewed anyway). The strength of the One X isn’t in the quality of the video, its the fact that you can control where the camera is pointing even after you have shot the video. It’s called shoot first point later and means you will never miss a moment of action regardless of whether you spotted it in the first place.

Remember the One X is a 360 camera so it’s always capturing everything around it. Once you’ve finished shooting you upload your video to the One X app where you can use simple control to choose what the video will display at any point. This allows you to pan, turn and follow objects without ever having to actually move your camera in reality. Pretty useful for action shots, right?

Both GoPro and Insta360 claim their cameras have amazing stabilization capabilities, and they are both correct. The Hero 7 comes with Hypersmooth stabilization, which is a piece of software that automatically stabilises your video, even at 4K resolution. The difference between video shot with Hypersmooth on and off is quite drastic and you’ll definitely notice a difference. It’s not perfect though; even on relatively smooth terrain you will notice some bumps and vibrations, and it if the camera falls or moves drastically, no amount of software stabilization can do anything to save the video.

“Flowstate” is the name given to the stabilization software for the One X, which also works automatically and actually produces better results. This is possible once again because the camera captures 360 degrees of video, giving it many more pixels to utilise, which is very important for stabilizing video. The end result is almost perfectly smooth video regardless of how you use the camera. You can even attach it to a dig and it will still create usable video, something that would not be possible with the Hero 7. With the One X you can also use the software to pan, zoom in and zoom out without having to move the camera allowing you to create some awesome effects. Doing this with a Hero 7 while skiing or surfing would be very difficult.

So while the hypersmooth software on the GoPro Hero is a huge improvement, particularly when shooting in 4K, it doesn’t quite match the smoothness and flexibility of the One X flowstate, however you will have to sacrifice some video quality.

Both camera can shoot at various frame rates allowing you to create slow motion video, a very popular way to add intrigue to your videos. The Hero 7 can shot 4K at 60fps and 1080p at an impressive 240fps, which qualifies as super flow motion as far as I’m concerned. The combination of video quality and super flow frame rate means the GoPro Hero 7 Black is one of the best slow motion action cameras ever. The super slow frame rate also allows you to create what GoPro is calling “timewarp” which is a kind of Hyperlapse for the lazy.

The One X can’t quite match the Hero in frame rate options and is limited to 50fps or 100fps at lower quality. While the frame rate isn’t as impressive you can still create some awesome effects when you utilise the shoot first and point later feature. By speeding up and slowing down video while controlling where its pointing, you can create Hyperlapse video very quickly with almost perfect smoothness.

All in all the GoPro is certainly the more advanced camera when it comes to slow motion, but the One X allows you to create truly unique video that wasn’t really possible before without hours of effort.

Neither of these cameras are designed with photography in mind, but they can still be useful as point and shoot cameras. The biggest difference is pretty obvious; the One X shoots 360 photos and the Hero 7 does not, so bare that in mind. The One X shoots photos at 18mp with a HRD mode possible. The photos looks great in the 360 mode and will automatically work with Facebook’s 360 function.

Photograph on the GoPro Hero 7 is also a not entirely pointless exercise. Previous versions of the Hero range have been pretty useless at photography of any kind, but the Hero 7 incorporates HDR automatically into your photos giving you much better color, light and dynamic range. 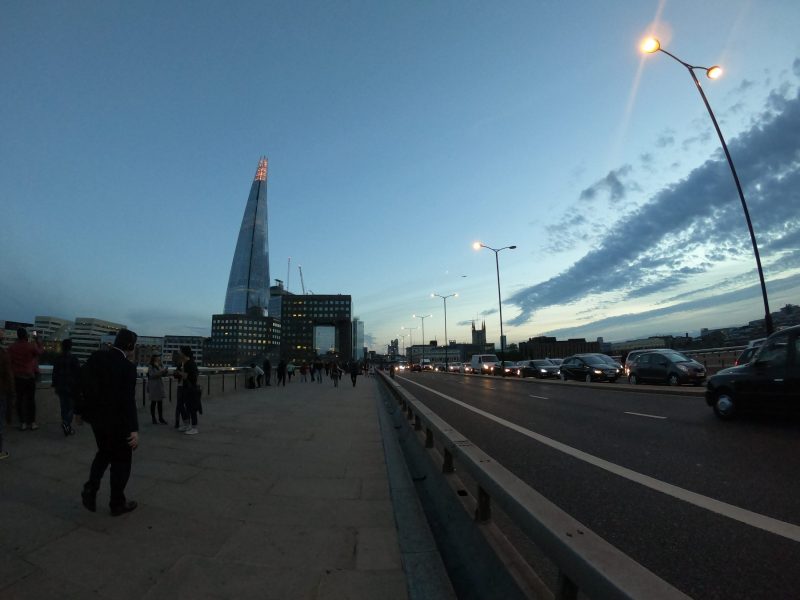 If you have a modern phone it will probably still do a better job, but for quick snaps while your out shooting video it’s acceptable.

Water resistance: Like all GoPro’s, the Hero 7 is fully waterproof to 10m as long as you keep it in its case. The One X also has a waterproof case, but you need to buy it separately

Livestream: The One X can livestream in 360 degrees allowing you to control what the viewer sees. The Hero 7 can livestream without the 360 element but at a higher resolution for better clarity.

GPS: Both cameras can utilize GPS, however the One X requires a connection with your phone in order to do so whereas the Hero 7 comes with internal GPS.

Durability: The Hero 7 Black comes with the durable case that can protect the screen and lens from most drops,scratches and crashes. The One X does not come with a case but there is one available and if there is any chance your may drop the camera you should get it. All 360 cameras have very vulnerable lenses and the One X is no exception.

These are two very different cameras and they may appeal to people for different reasons. The quality of the Hero 7 video is astounding, but so it the shoot first and point later feature of the One X. It would be great it both of these could be combined, but for now we well have to choose.

I think that if you were shooting a specific point, object or person and you already know exactly what you want your camera to capture, then the Hero 7 Black with its crystal clear 4K video is the best bet. If you were in a situation where you didn’t know what was going to happen, say mountain biking through a national park, then the One X would allow you to capture everything and look back later to decide what you want your final video to look like.

Shooting with the One X is kind of like having a camera crew with you and for that reason it is my preferred camera out of the two. The One X just gives you so many more options for creating unique looking video, and with so many content creators vying for attention, unique is everything.

Both cameras come in at $399 and slightly more in UK/EU countries. You can get the Insta360 One X from the Insta360 website and is you use this link you’ll get a free invisible selfie stick (designed so it can’t be seen in the video).

The Hero 7 is available from Amazon. 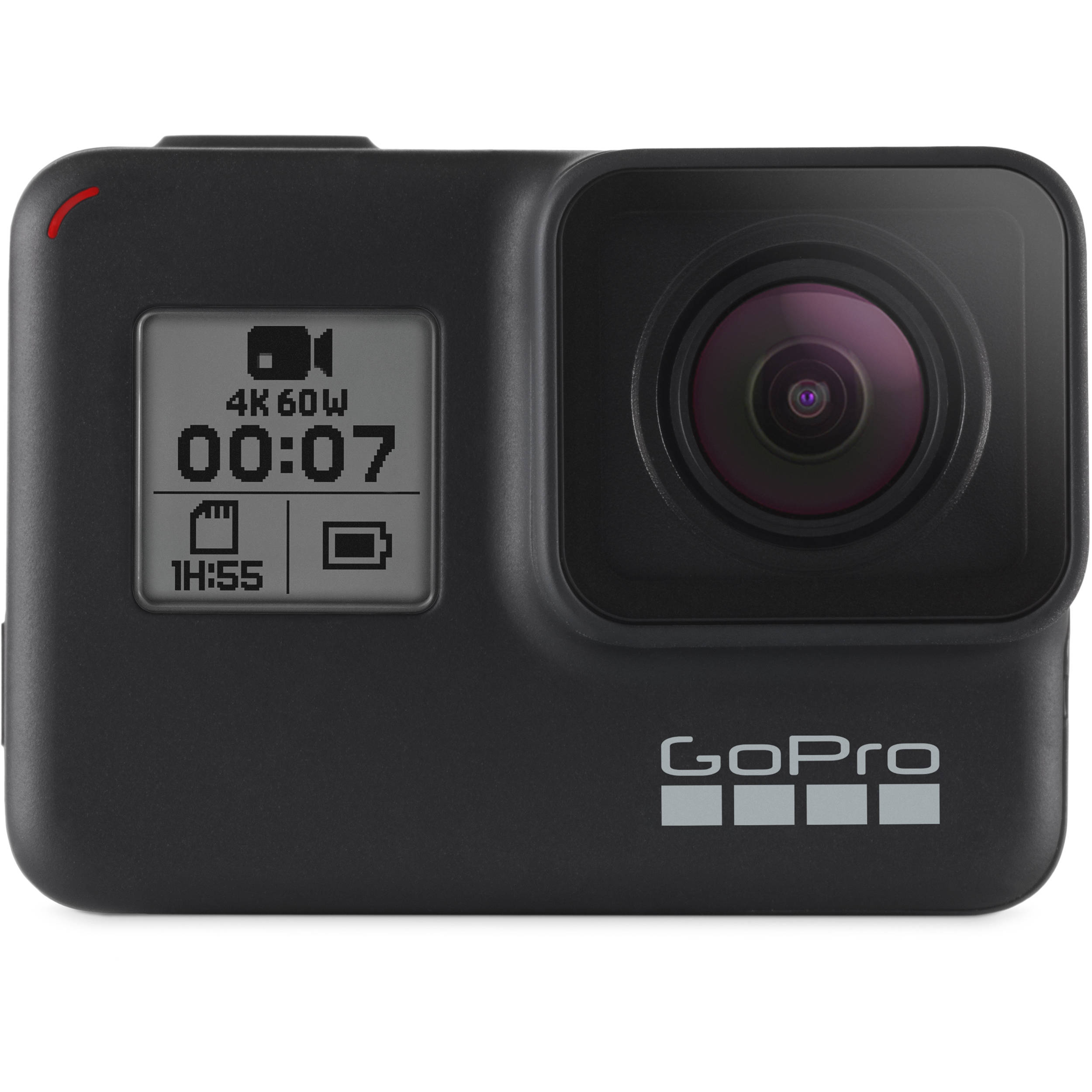