I can finally add the Insta360 One to my list of waterproof 360 cameras thanks to a new official water tight case that’s just been released. This accessory allows you to pop your Insta360 One camera into a waterproof housing which will keep it safe underwater up to 30ft. The housing is also dust proof and should provide a bit of protection should you knock or drop the camera. 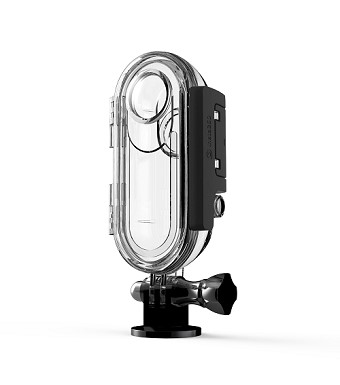 Once the camera is inside the housing you can control it manually with a side button or via bluetooth from your phone. It seems that the housing uses a similar (or identical) attachment system to GoPro cameras, so should be compatible with a range of stabilisers and selfie sticks. The housing itself only weights a few Oz so you shouldn’t feel much of a difference when using it.

As for actually shooting 360 underwater, while this is now possible with the Insta360 One you may find it difficult to get some good footage. Shooting in 360 underwater is notoriously difficult due to the refraction of light as it goes through the water, which makes the stitching process that created 360 video more difficult. You may find that there is an obvious “line” where the two lenses meet.

What makes the Insta360 One a bit different, however, is it’s re-framing feature called “Freecapture”. This allows you to use your 360 footage to create a traditional flat video, so you can avoid seeing the stitching line at all. This could be an awesome way of shooting video underwater without worrying about where to point the camera, which is often difficult when you’re submerged.

The waterproof housing is available now on Amazon for $49.99. If you plan on using your Insta360 anywhere near a large body of water, I’d say it’s worth it. This is also just the first of a range of accessories designed specifically for the Insta360 One, with the others yet to be released. 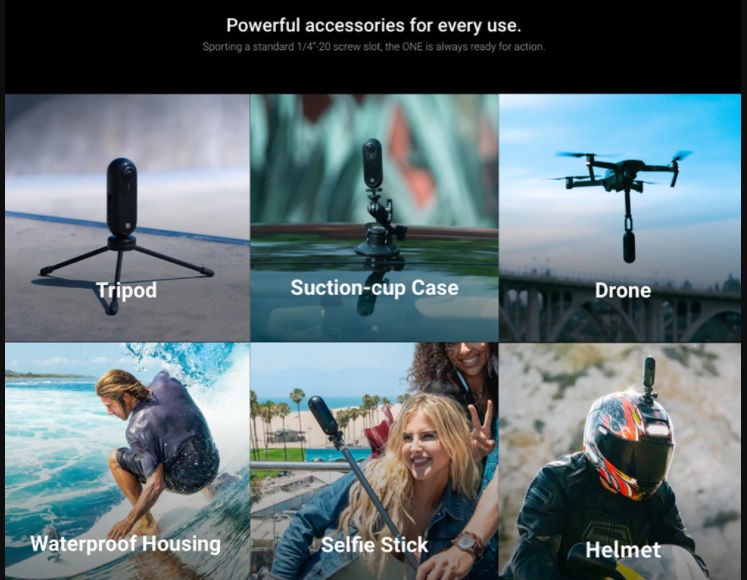 If you don’t have an Insta360 One yet, but this has convinced you to get one, they are available cheapest on Gearbest.com which is where I got mine!