The Vuze XR and the Insta360 EVO are your best options if you want to start shooting 180 3D video. They both have dual 180 and 360 modes, both can shoot 5.7K video and both are roughly the same price. That’s pretty much where the similarities end and there are some significant differences that should should be aware of. I’ve been shooting with both cameras to see exactly how they differ.

While these two cameras share an equal goal, to enable you to shoot both 360 and 180 video, they achieve it through a very different design. The Vuze XR is an elongated device with two lenses that automatically flip out into 180 mode at the push or a button. The EVO is a much smaller device comprised of two lenses that need to be moved manually. 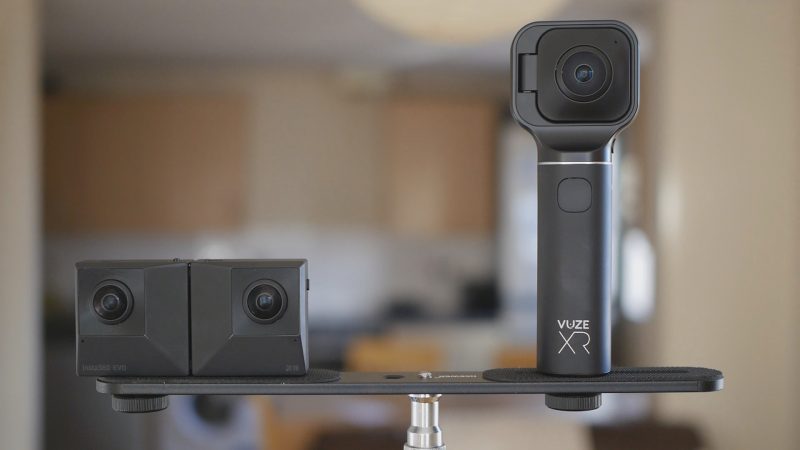 I find the Vuze XR to be a much better designed device, both in terms of looks and functionality. The Mechanism for switching between 360 and 180 mode is quick and satisfying whereas with the EVO it can be a struggle. 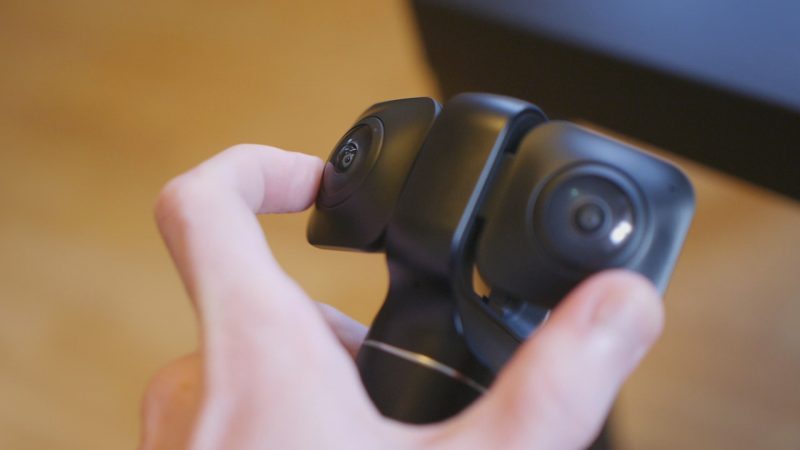 The build quality of the Vuze feels superior and you are able to use it one handed thanks to the long body. The EVO can’t really be used without a tripod or selfie stick and the plastic used in its construction feels cheap.

Neither camera comes with a screen which is disappointing but both have manual controls to allow you to swtich between video and photo modes, as well as a shutter and power button.

Both the Vuze and the EVO shoot 5.7K 360 and 180 video. The EVO video comes out at a slightly higher resolution but not enough to make much of a difference. Both cameras use fairly basic optics so don’t expect good performance in low light situations.

When comparing the Vuze XR and EVO  in the same location I found that the Vuze video is slightly more colourful but tends to overexpose bright areas more. To be honest the difference isn’t that big between the two and both videos end up looking pretty decent. 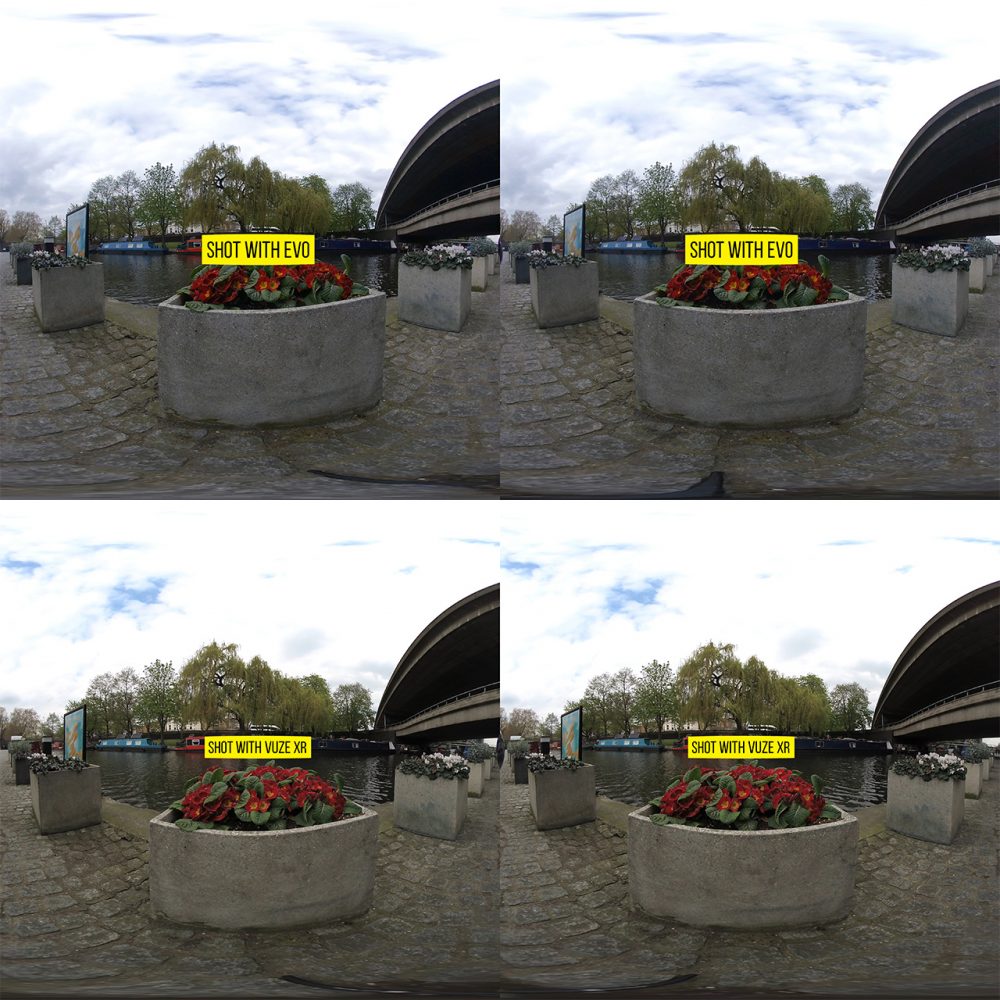 I mainly tested both cameras in their 180 mode as I feel that this is how people will use these cameras most often. When watching in a VR headset I couldn’t see a huge amount of difference between the two and the 3D effect worked well in both cases.

One advantage that the EVO has over the Vuze is its HDR mode which can significantly improve the video quality. When comparing the EVO’s HDR video with the Vuze we can see a big difference; HDR improves colors and dynamic range in a way that the Vuze is not capable of. As of right now there is no HDR mode on the Vuze XR but it maybe coming in a future software update. 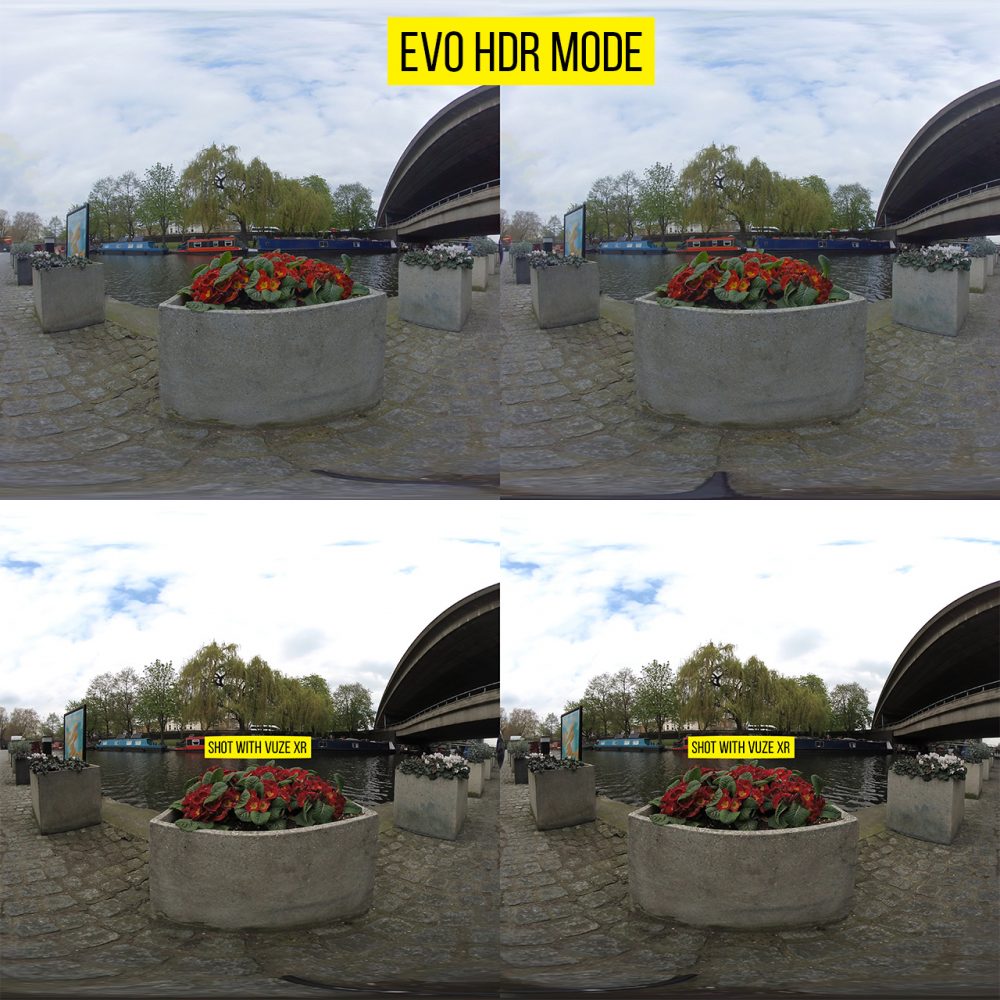 Shooting in different frame rates is also an option in both cameras with the Vuze offering 4K at 60fps and the EVO offering 4K at 50fps and 3K at 100fps. When comparing these I found the 4K at 60fps to be the most useful and the best for creating slow motion video. 3K at 100fps does create a better slow motion effect but the resolution is so low that it’s not enjoyable to watch.

When shooting photos you get a similar story. When shooting in normal mode the Vuze images look slightly better which indicates better lenses, however the EVO HDR mode allows it to create higher quality images.

Without a doubt the Insta360 EVO is a much better camera for moving video. Insta360’s flowstate stabilization software is in full effect and and reliably smooth out moving video if you are walking or running. The Vuze on the other hand doesn’t do nearly as well with moving video, with only basic stabilization available. To be honest moving video isn’t particularly useful for shooting in 3D but it’s better to have the option than not!

The Vuze is way ahead in terms of audio thanks to its multiple microphones which allows it to record ambisonic audio which creates a much more immersive effect when viewed on a VR headset.

Only the Vuze XR has a livestream mode which allows you to stream both 360 and 180 video directly to Facebook, YouTube and some other services. The livestream quality isn’t as good as the normal video quality, but the connection is pretty quick and reliable.

Insta360 have spend a lot of resources developing a software ecosystem that’s perfect for 360 cameras and the EVO has full access to this. The EVO app allows you to have full manual control over your camera including ISO, ligth balance, shutter speed and many others. 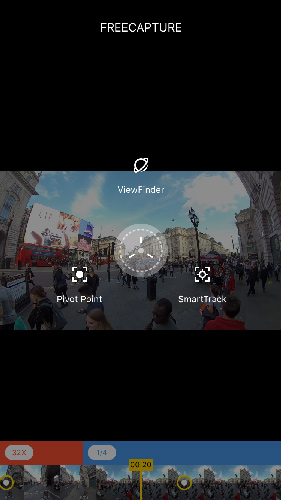 You can also use the Insta360 freecapture software to change your 360 video into a super smooth 1080p. The Vuze on the other hand has a more basic app with little manual control. You can adjust exposure and change the video modes but that’s about it.

Both cameras also have free desktop software available and both are very good in their own ways. The EVO desktop software again allows you to use overcapture to change your video, but this is only possible when shooting 360 video. 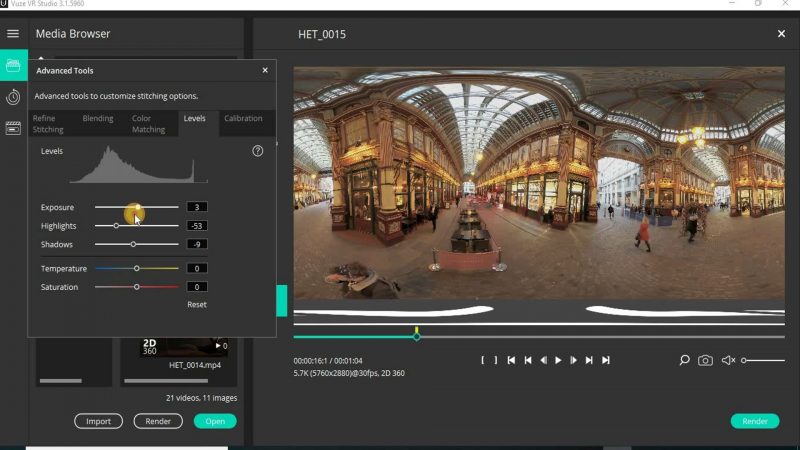 The Vuze desktop software allows you to color correct your video before you stitch it which can significantly improve the overall appearance. Usually you would need to use a program like Premiere Pro to do something similar, so this free desktop app is definitely worth it.

So which should you buy, the Insta360 EVO or the Vuze XR? Both cameras have their strengths and weaknesses. In terms of overall video and photo quality the EVO is slightly ahead thanks to its HDR feature and superior stabilization. In terms of design and ease of use the Vuze is superior and it has that instant livestream mode. Depending on your priorities either camera is a good choice as they are currently the market leaders in consumer 180 video.

The Vuze XR is available on Amazon.

The Insta360 EVO is available from the Insta360 website where you also get a free selfie stick.