If you want to shoot great looking 360 videos the most important thing to consider is keeping your camera stable. 360 video can look amazing and when shot well, but shaky 360 videos should be avoided at all costs. Watching an unstable or shaky 360 video can literally cause the viewer to feel sick and you can be sure you’ll never want to watch another one of your videos again. For this reason, it is essential to stabilize your 360 camera and the most effective way to do this is with a gimbal.

What is a gimbal?

A gimbal is a device used by videographers that remove the vibration or shake that comes from shooting video while moving. They are handheld devices that allow you to shoot stable video by keeping the camera level on all axes ensuring that the horizon remains level. Gimbals are used for all types of cameras, but as people are discovering they are particularly useful for shooting 360 videos.

Can’t I just use a selfie stick or tripod?

Many people think that using a selfie stick will be sufficient to stabilise your video, however, as I have personally found, it’s simply not enough to reduce movement in a 360 video. Remember that your camera needs to be completely stable on its axis or the video will look terrible. Using a tripod will be good enough if you intend to keep your camera still, but if you want to move with your camera only a gimbal will provide sufficient stabilization.

Which one should I use?

There are a lot of gimbals available for all kinds of cameras, however, 360 cameras are very different so not every gimbal will be suitable. most 360 cameras have 2 or more lenses pointing in different directions, so you won’t want a gimbal that covers them in any way. Ideally, you are looking for a gimbal that keeps most of its mechanical parts directly below the camera so that when you shoot your 360 videos it won’t get in the way.

As 360 cameras are a relatively new technology so unfortunately there are very few gimbals that are designed to be specifically used with them; however, there are existing gimbals that happen to be a great shape and design for use with 360 cameras. I’ve spent a lot of time searching for them and these are the best I could find:

The best Gimbals for 360 Cameras 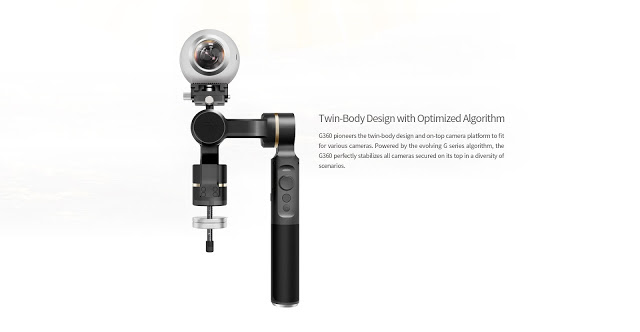 The FeiyuTech G360 is a 3 axis gimbal designed specifically for use with 360 cameras. This is one of the only gimbals to be designed with 360 video in mind and is therefore one of the best options if you want to create awesome 360 content. The G360 is a mechanical gimbal that allows for completely smooth video and the fact that the handle and weights are located beneath the camera means you can shoot 360 video without anything disrupting your shot.

Here is a video of the G360 in action, check out how smooth it is.

The G360 is compatible with all 360 cameras as well as other small action cameras and even your smartphone, so you could find plenty of use in this neat device. The G360 is battery powered and a charge will last an impressive 6 hours, plenty of time to shoot some awesome footage. This is the most expensive 360 camera gimbal but it’s also the best. 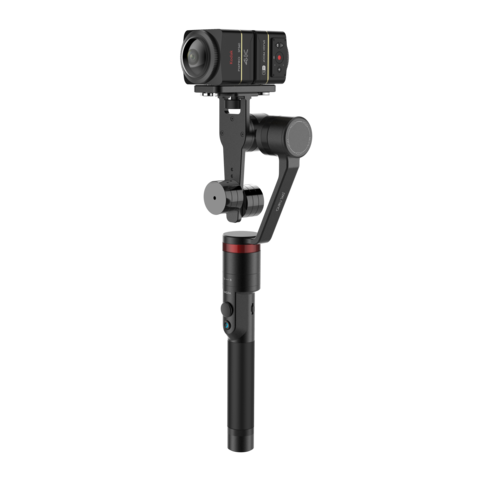 This is another 3-axis Gimbal designed specifically to stabilize 360 cameras. Its body is designed in much a way that it does not obstruct the cameras lenses, meaning as little of the camera will be in shot as possible when shooting in 360 degrees. The battery powered device has 3 filming modes, all of which eliminate unwanted vibrations, movements and horizon drift.

Here is a video of the Guru 360 Stabilizer in action.

Normally even just walking would produce movement and horizon drift that would cause most 360 video to be unwatchable however this gimbal eliminates this movement and makes for a very pleasant viewing experience. I’m also impressed to see how little of the Guru 360 is in shot.

The Guru 360 is compatible with all current consumer 360 cameras and is currently retailing for $299, however this may soon rise to $349 once the camera is fully released. 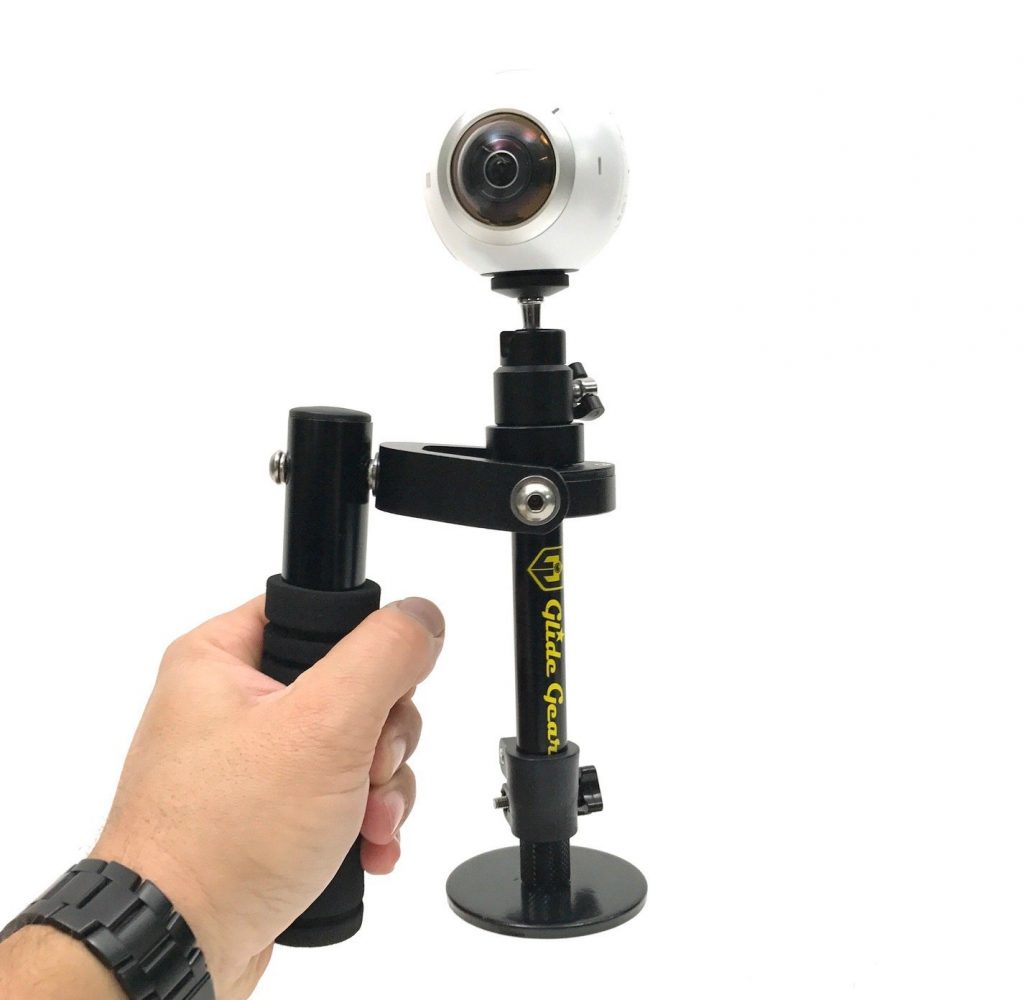 If you are looking for a cheaper option to stabilize your 360 video then the Glide Gear CYL100 might be a good choice for you. This stabilizer is significantly cheaper than the more advances 3-axis gimbals, but will still be able to remove much of the vibration and movement that comes with shooting 360 video.

The Glide Gear is compatible with all types of small cameras including 360 cameras. The design is good for use in 360 video because the apparatus is located below where the camera will sit. This stabilizer won’t be as good at creating smooth video as a mechanical gimbal, however it’s a cost effective option to smooth out your 360 video. 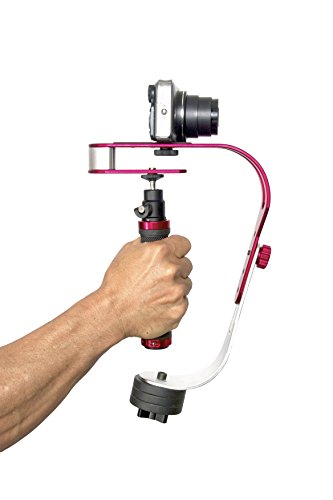 This is the cheapest stabiliser for 360 cameras that I found and it should still remove much of the unwanted shake and movement from your 360 videos. The Roxant Pro is designed to be used by any camera up to 2.1lbs, which includes all 360 cameras. The design of the Roxant Pro isn’t the best for 360 cameras (that large stabilizing beam will stick out far enough to appear on your video), but it’s still better than 90% of other stabilizers in this respect. What matters most is that nothing will be in the way of the lenses and that the camera is at the top of the device.

While this mechanical stabilizer won’t offer the same kind of smoothness as the motorised gimbals at the start of this post; if you are looking for a cost-effective way to keep your 360 videos looking great this should do the trick.