Google Street view was the first interactive 360 experience that went mainstream, now its impossible to imagine a world where I can’t explore a random street in New York from the comfort of my London home. Hundreds of millions of people use street view, so it’s not surprising that many are keen to contribute to this huge repository of 360 images. Thankfully it’s now easier than ever to add your own images to Google Street View and you can get started for less than $200.

Don’t believe me? Here’s my Street View profile that has racked up nearly 1 million views, all with photos taken by a 360 camera that now costs $125 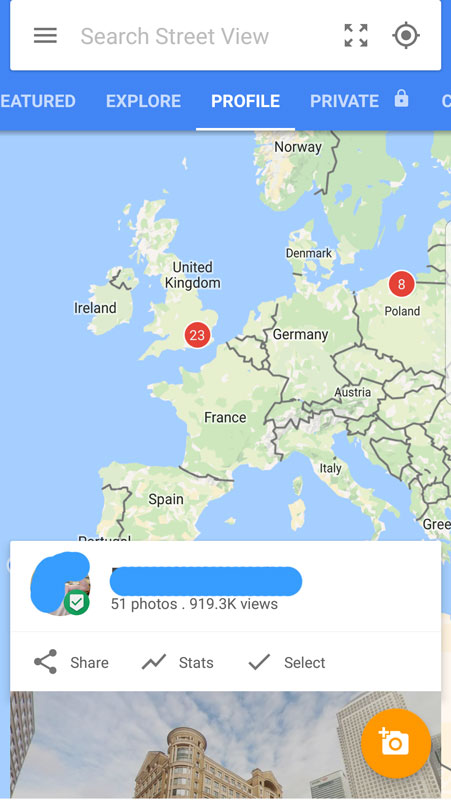 The number of cheaper, consumer 360 cameras has exploded in the past few years, meaning there are now many options to choose from if you want a simple, all in one solution for shooting 360 images. If you want a 360 camera specifically for uploading to Google street view there are definitely some options that are better than others. Google has minimum requirements for uploading 360 images onto its street view platform, so you’ll need to make sure you have a camera that meets their standards.

Google have actually created 4 categories for the types of cameras it recommends for street view photography:

Lets simplify things a bit. I’m going to suggest 5 360 camera for creating Street View images, I’ll show you how much they cost, the quality of the 360 images and how easy the camera is to use. Some of the cameras are very expensive and some are very cheap, the more expensive ones are for professionals, however even the cheaper ones are good enough to get you Certified as a trusted photographer by Google

I’ve listed them based on their price vs value with the top one being best value for money. Any of these cameras work with Google Street view, so your final choice will probably depend on the price of the camera and the features it has.

The Ricoh Theta V is one of the most popular 360 cameras ever. It can take great quality 360 photos and has an Auto HDR feature. The Ricoh works perfectly with the Street View app, meaning you can snap your 360 images and upload them using the Street View App without the need for a laptop or PC. The Ricoh is compatible with both iOS and Android so regardless of which phone you use you’ll still be able to get your images on street view.

Using this camera you can shoot high quality 360 photos which allow you to quality for a Trusted by Google certificate if you upload 50 separate photos. I used this camera to attain my trusted certificate and I’ve had hundreds of thousands of people view my images on Street View.

The Ricoh Theta V is also an awesome video camera, with 4K video resolution and excellent low light performance. You can shoot Street View images using video, and the Theta V ha been designed with this feature in mind.

This cheap but powerful 360 camera is perfectly suited to shooting 360 photos that are the right size and quality for Google Street view. The one downside to this camera is that the official app that controls the camera only works with Samsung Phones. If you have a different type of phone I’d recommend using one of the other cameras on this list.

Simply connect the camera to your phone using a dedicated app, then snap your 360 photos and save them on your phone. Using the Street View app you can then upload your images to Google Street View. The camera includes GPS information in the photo files, so Street View will know where you took them and upload the photos in the correct place. All you need is the cameras and your phone (and an internet connection), no PC or other software required.

Other features of the camera include 4K 360 video, time-lapse, splash resistance and dust resistance. This is my far the best value 360 camera for taking Street View photos, and it does so pretty well too. Make sure you get the right camera, as of now there are two types of Gear 360 cameras, click the button below to be taken to the correct one. The Vuze 360 is a mid range 360 camera that can also shoot in 3D. You may think that 3D is a long dead fad, but when combined with a 360 video it actually looks pretty awesome. The Vuze will be able to publish photos to Street View using desktop software included with the camera. The software will offer a “one click” option, which means it should be pretty easy to get your mages published to Google once on your desktop. The Vuze has plenty of other features to get excited about, such as internal stabilization, 360 spatial audio and excellent quality 360 video.

The Giroptic iO is an amazing little device that turns your smartphone into a fully fledged 360 camera. The tiny camera attached to the charging port of your phone, which you then hold upside down to shoot your 360 photos. An app will allow you to control and preview the images as well as save onto your phone and share on social media. Giroptic are one of the companies that are Google Certified for street view, which means their camera will work flawlessly with the Street View app.

So all you’ll need to shoot and share Street View images is this tiny device and your phone.

Giroptic iO
Turns your phone into a 360 camera. Available for both Android and iOS, the camera can connect to Street View instantly.
See Price on Amazon 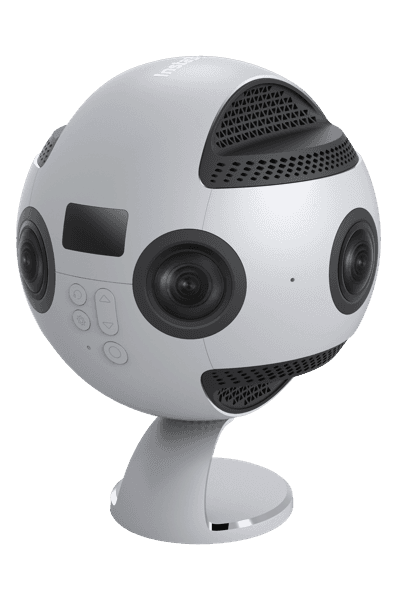 The Insta360 Pro is a 360 camera for professional film makers, so if you are just looking for a cheap solution this isn’t the camera for you. If you are looking to professional quality 360 photos that can also be uploaded to Street View then this could be the best all in one solution. The Insta360 Pro can shoot extremely high quality 360 photos using 6 individual lenses at up to 8K resolution. The Pro can also shoot video as well, making it one of the most diverse 360 cameras ever. Again, this is a professional solution but well worth the high cost if you are looking to get into professional quality shoots.

Insta360 Pro
The professional 360 camera for those who want to absolute highest quality. Certified by Google for Street View use.
See Price on Amazon

That’s my pick of the best 360 camera for street view. There are plenty more out there that are compatible, in fact there ware 20 360 cameras that are officially recognized by Google. My selection is based on personal experience, the overall specs of the camera and the price/value for money. I hope you’ve found this guide useful and I’ll be updating this post when newer and better 360 cameras are released.

GoPro Fusion vs Insta360 One: Which should you buy?