Are you looking for the next generation 360 camera with the highest possible resolution? 8K 360 cameras have been around for a while but have been reserved for professional use with appropriately high price tags. Recent innovations have seen the release of smaller, consumer focused 8K 360 cameras which allow anyone to shoot in super high resolution.

Shooting 360 video in 8K also allows you to reframe your video into a linear 4K format resulting in much sharper footage than has been possible in the past. In this post we are going to be taking a close look at every 8K 360 camera available now along with their specs and main selling point. 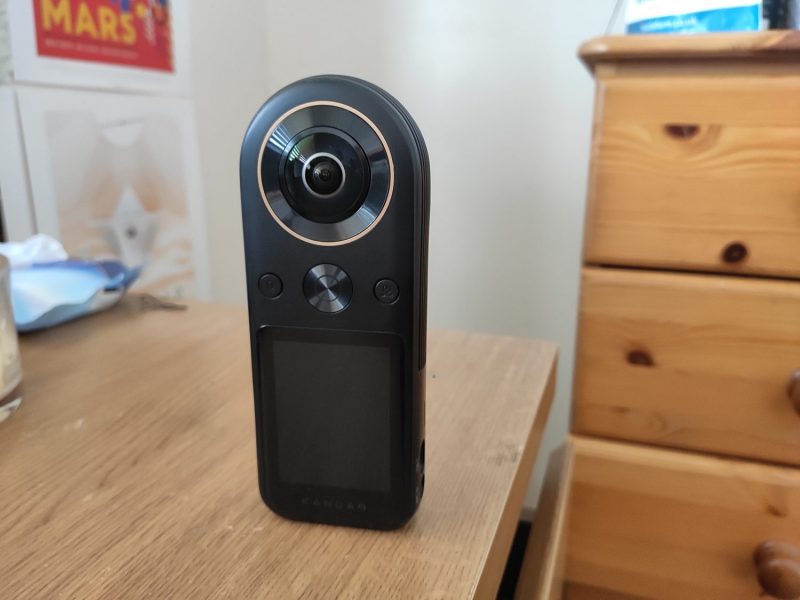 The QooCam 8K was the first consumer 8K 360 camera ever released and it features an impressive array of features. Not only can the QooCam shoot 8K 360 video at 30fps but it can also produced stacked DNG8 photos, shoot in 10bit color and create slow motion 360 video.

The QooCam 8K also features a full touch screen as well as slightly larger than normal lenses for improved low light video. The QooCam 8K can produce truly impressive quality video for such a small and relatively inexpensive device. Some issues include a fairly loud fan and a less than ideal mobile editing experience.

At the moment the QooCam 8K is your best option if you want the lowest cost 360 camera for the highest quality video. It’s also worth noting that this is also one of the best 360 camera for photography and could easily be used to create professional virtual tours. 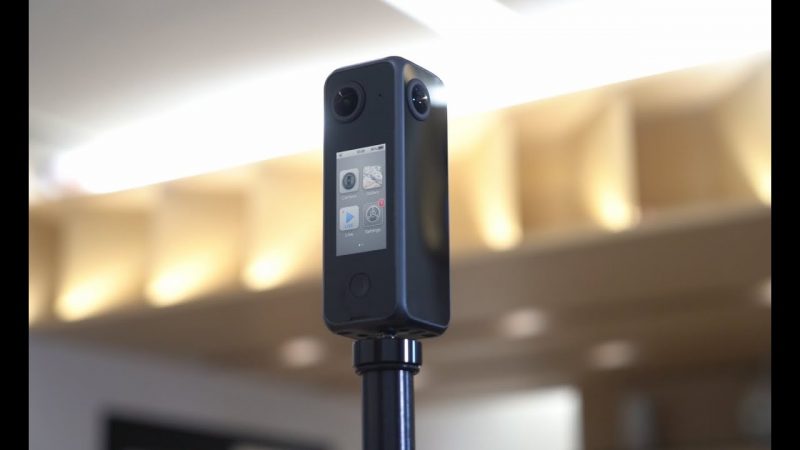 Labpano released the second sub 2K 360 camera with 8K resolution in early 2020 making it one of the few companies to offer such high resolution video in a small, compact device. The Pilot One features 8K resolution 360 video which it can also livestream; this makes it the only 360 camera that can livestream in 8K without the need for a desktop connection.

While the 8K resolution is impressive, the main selling point of the Pilot One is its ability to shoot virtual tours quickly and easily. Labpano offers an automatic virtual tour creation service that links directly to the camera and you can upload images and video directly to Google Street View.

While the Pilot One is cheaper than some professional 360 cameras it’s still pretty expensive at $1200 for the cheapest option, it’s therefore unlikely to be popular with consumers unless you are looking to make money providing 360 services.

You should also note that the 8K video is limited to 24fps which makes it unsuitable for watching on a VR headset. The Labpano is a pwoeful device but it’s more focused on virtual tour creation rather than video for VR. 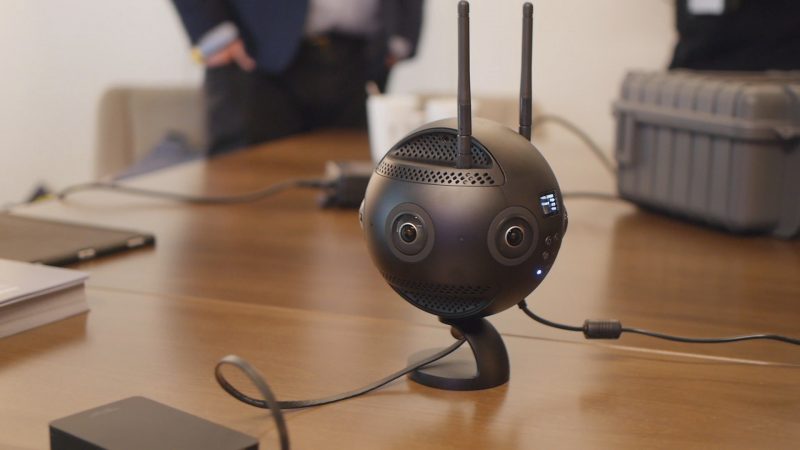 While this is certainly not a consumer 360 camera I think it’s important to put it here so we can compare the difference, both in price and capability. The Pro 2 is the second generation profession 360 camera from Insta360. The Pro 2 can shoot 3D 8K resolution video at 30fps while shooting non 3D 8K video at 60fps.

Shooting 3D 360 video provides a much more immersive experience when viewing back on a VR headset and the ability to shoot 60fps creates  a much smoother and realistic experience. When it comes to video quality the Pro 2 is among the best, but not significantly better than the much cheaper QooCam 8K.

If you were looking to create professional quality virtual reality videos and you have the budget, then the Pro 2 is hard to beat.

The Pro 2 features farsight technology which allows the user to control it from up to 100m away; it also features very high bit rate and ambisonic audio. The Pro 2 is packed full of features which makes it one of the most popular and reliable professional 360 cameras used today.

While the price is far higher than other camera on this list you end up with a professional system ready to shoot super high quality 360 video.