The design is mushroom shaped to allow for people to hold the camera whole shooting. The original Gear 360 required the use of a tripod or selfies sticks due to its eyeball shape, Samsung is clearly responding to the range of other popular 360 camera that are handheld.

It seems that Samsung is pushing its Gear 360 camera to a wider market and ensuring it has all the features a casual user would want. Using the original Gear 360 by hand was impractical, however, the new Gear 360 design is clearly built for handheld use, which makes taking 360 selfies a much easier task. 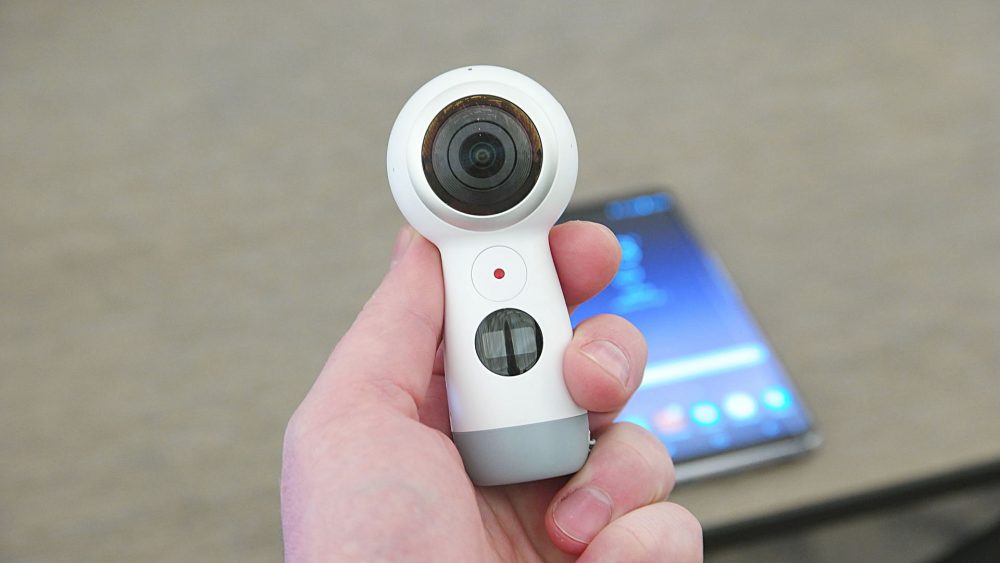 True 4K video resolution is another welcome improvement. The video resolution of the original camera was pretty decent, but not technically 4K. The new Gear 360 rectifies this with a significant boost in resolution which should result in clearer 360 videos.

Something that is slightly concerning is the reduction in 360 photo resolution from 30 megapixels to 15. In fact the optics of the camera have changed completely, with new types of lenses. This may have been done to reduce the cost of the camera and make it more accessible, and no 360 images taken by the camera have been released, so we will have to wait and see.

The most significant additional feature is the ability to live stream 360 video, something which is becoming a more common feature on all 360 cameras. The new Gear 360 will be able to stream full 360 video in 2K, you’ll be able to link up with Facebook or YouTube and control the stream from your phone. Facebook also today announced that they are making 360 live streaming easier and more intuitive. 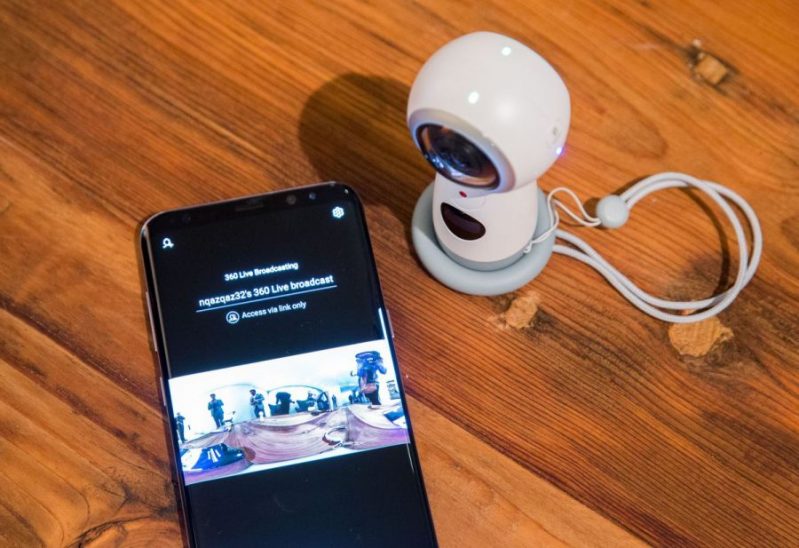 Another welcome announcement is the price. While we have no official figure, Samsung did mention that the price will be “more accessible” (translation: cheaper) than the original. Samsung really wants to ensure the new Gear 360 sparks up interest beyond camera geeks.

As for a release date, Samsung is being coy and only saying “the spring”, so no official date yet. The Galaxy S8 will ship in a month, so I anticipate the new Gear 360 won’t be far behind.

After seeing the announcement and the specs of the new Gear 360, I’m cautiously optimistic. While I have some concern over the change in optics, I think the new design is a good idea and the upgrade in video resolution is a highlight. I’m also happy about the Livestream feature, however, it will have to be tested to see if its smooth and clear enough to be worth doing in 360 degrees. All in all I can’t wait to get my hands on the camera and test it out, as soon as I do I’ll be sure to update you with what I think.