Insta360 One “FlowState” & Firmware Upgrade. Here’s What it Looks Like!

Insta360 have been busy of late. Having recently released yet another 360 camera, they’ve been hot at work improving their flagship device, the Insta360 One. Last year it was rumoured that a new firmware update would bring big improvements to the stabilization feature, which is very important for shooting good 360 video. Well it seems this firmware has finally arrived and Insta360 have given me early access to test it out and show you the new features it brings.

I took mynInsta360 One out on a test run with the new firmware installed to see what it can do. I put the camera through it’s paces by walking, running and cycling with only a selfie stick for support. While the camera has had stabilization software since release, it hasn’t been particularly good at smoothing out shakes and vibrations. Here’s a video shot with the new firmware and stabilization software:

I’m very happy with how most of the footage turned out and I can safely say the improvement on the previous version is massive. It just goes to show how important good software is for all consumer tech! 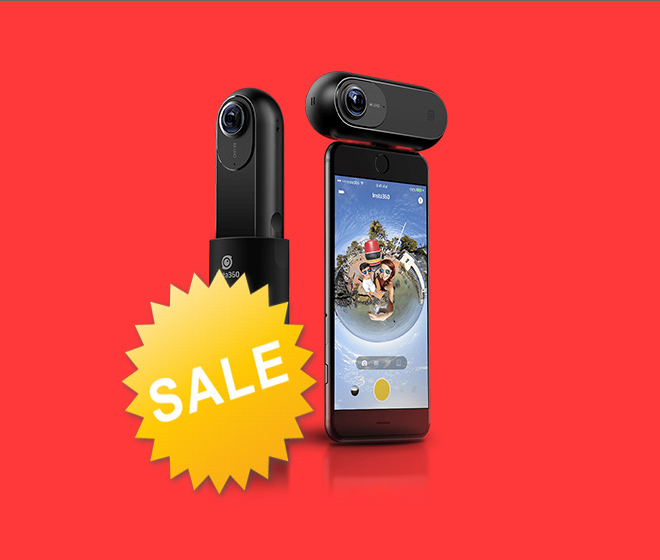 I’m particularly impressed at how well the camera dealt with being attached to a bike, because last time I did a similar test it didn’t go so well. The below video is a comparison I did including the Insta360 One, as you can see when attached to a bike it really didn’t perform that well and only the Rylo could handle the ride.

As well as stabilization, the new firmware brings huge changes to the way the “freecapture” feature works. Freecapture allows you to create flat video from your existing 360 video, by moving your phone while you watch your video back you can choose where the camera is recording. This feature it available on a few 360 cameras now and is becoming quite popular.

I didn’t really like the way the freecapture feature worked on the Insta360; it was clunky, not very user friendly and frustratingly buggy. The new software completely revamps the process and makes it a lot easier to create smooth re-framed video. 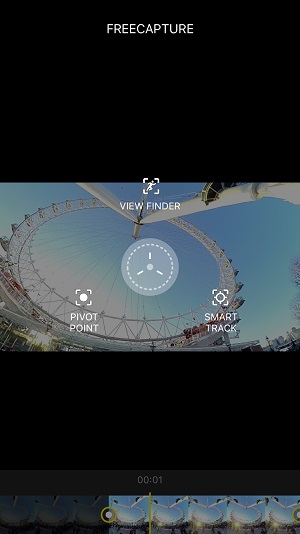 When you hold down the screen you get three options. Pivot point allows you to place a point anywhere in the image and tells the software where you want it to look; when played back the image will pan smoothly to the pivot point.

Smart Track allows you to focus on a specific object for a certain period of time. This one doesn’t always work, especially with moving objects.

Finally View Finder allows you to move your phone to record where you want the camera to be looking at any one moment. This can create a more natural looking video but can be difficult to achieve a good result without a few tries. 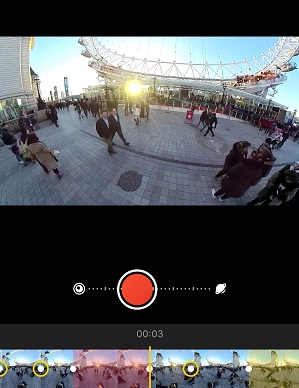 The new software also allows you to overlay one image over the other or split the image in two, with one half pointing forward and the other pointing backwards. 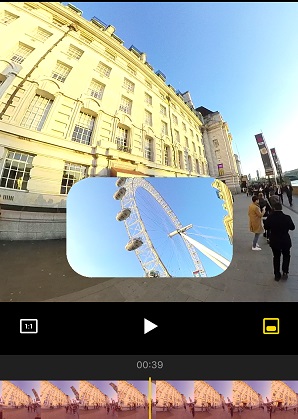 All of these features are VERY similar to the video editing software found on the Rylo camera, which is clearly where most of the inspiration for this update has come from. I’ll be doing a comparison between the Rylo and the updated Insta360 One to see if it matches up.

When all is said and done this is a hugely beneficial update for current users of the Insta360 One and makes it even better value for anyone looking for a new 360 camera.