The 4K livestream capable 360 camera is a great addition to any filmographers kit. 360 video is HD quality and photos looks great. Software and audio need some work. 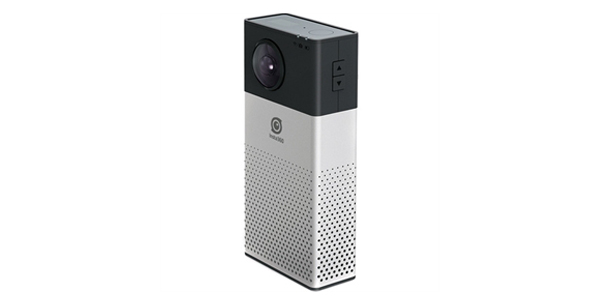 The Insta360 4K is one of only a few consumer 4K 360° cameras available for under $1000. Better yet, it’s the only 360 camera that can livestream 360 video in 4K. Part of a growing range of 360 cameras from the same company that also includes the Insta360 Nano, the Insta360 4K is a premium quality camera with unique 360 video capabilities. 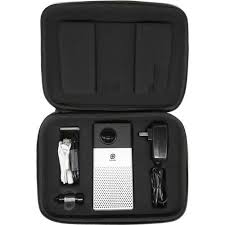 The Insta360 features a candy bar design that fits very easily in one hand. Two lenses are located at the top of the camera along with some basic controls. A small LCD screen is located on the base of the camera. Materials used are scratch resistant and have a matte finish, although the lenses are very easily scratched so always use the carry bag provided. There is a standard tripod mount which will work with virtually all tripods, selfie sticks and drones. You’ll also find an external memory card slot and an external audio jack which is a rare find on a 360 camera.

Each of the lenses on the Insta360 4K can shoot 8.4 megapixel resolution images for a combined total of 16.8 megapixels per 360 image. This is more than enough for good 360 image quality, however some 360 camera like the Samsung Gear 360 are capable of shooting 30 megapixel images. You may find that image quality won’t hold up if you zoom into an image too much.

Photo’s generally look great thanks to the large resolution and tend to be bright and colourful. Compares to the Ricoh Theta S you can see the image quality is noticeably superior. 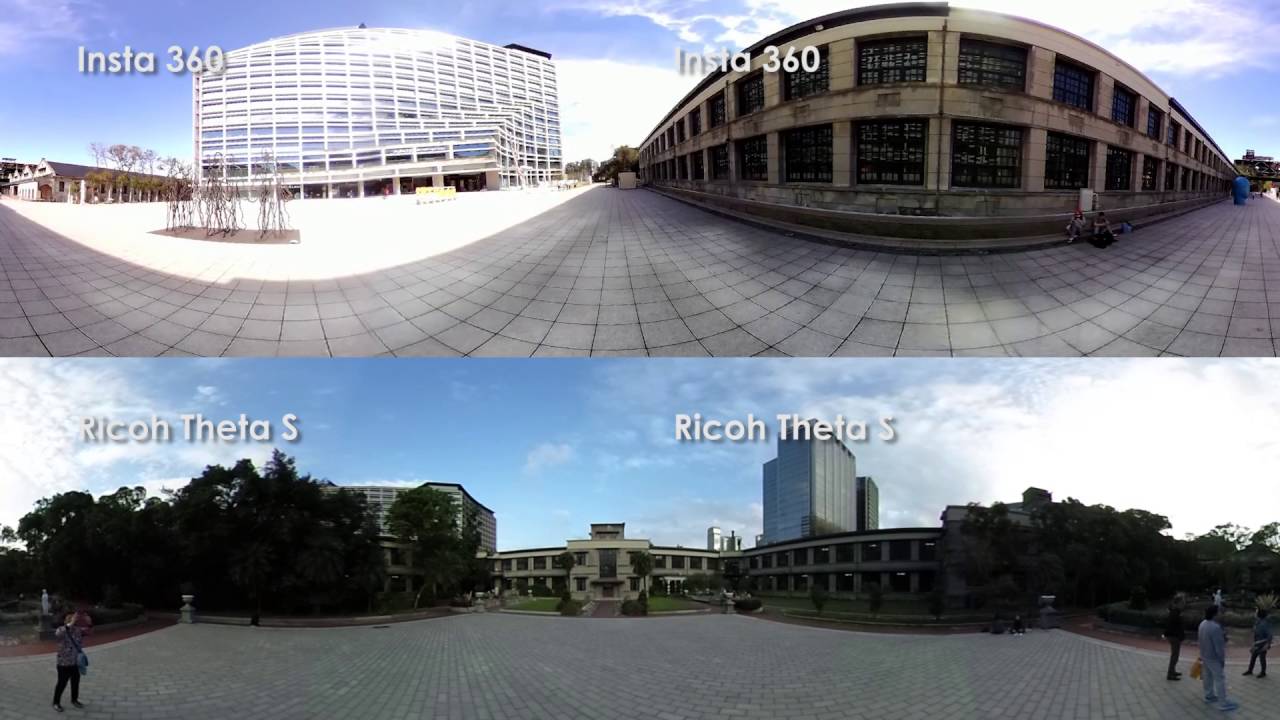 The Insta360 4K is capable of shooting 360 degree video in 4K resolution. The video quality is bright and clear with few visible pixels. It looks about as good as a 1080p video shot with a regular camera. Stitching seems to be done accurately with no visible line, or at the most a very feint one. 4K video is limited to 15fps which makes any movement look a bit ‘choppy’. You can select lower resolution for a faster frame rate, but then the overall picture quality will suffer.

Audio recorded directly on the Insta360 is pretty bad. The on board mic will often pick up the sounds of the internal fan whirring and audio quality in general is poor. This is a problem for many 360 cameras, most of which struggle to produce good sounds quality. The Insta360 4K does as least have an external audio jack so you can record audio using an external device, an option not available on most other 360 cameras.

One of the stand out features of the Insta360 4K is definitely its ability to livestream 360 degree video straight to YouTube. Not many consumer 360 cameras can do this yet and the feature could be useful in a wide range of applications. You could livestream an event or concert straight to fans watching at home, you could use the camera for conference calls or create instructional videos without having to move the camera position.

The reason the Insta360 4K can livestream 360 video whereas most other 360 camera can’t is because it has the ability to stitch images together in real time. All 360 images and video are created by stitching together output from more than one lens. Most cameras do this using external software or an app, but the Insta360 does it internally. This feature also allows you to preview you images exactly as they will turn out in 360 degrees.

Livestreaming works by setting up an event in YouTube and selecting the camera which you have already connected. The process isn’t complicated but may confuse first time users. A step by step guide for livestreaming using the Insta 360 4K can be found here: http://faq.insta360.com/documents/Youtube_360_Live_Streaming_Tutorial/

The Insta360 comes with free studio software to manage and edit your 360 videos and photos, this installs on your PC or Mac and also allows you to automatically put your own logo on the bottom of every 360 video. Th software is basic and can sometimes not detect photos and videos when they are there.

The Insta360 App is also a must have. The app connects to the camera and turn your phone into a control and preview screen. You can preview all you 360 photos and video in real time and change a range of camera settings. You can also share 360 media straight from the app to youtube and facebook.

As a 360 camera enthusiast I would put the Insta360 in the top half of all 360 cameras currently available. The ability to livestream is excellent and I hope its a feature found on all 360 camera in the future. The camera is so easy to use and feels great in the hand.

Photos are good quality and video is high resolution, but suffers from a low framerate. Battery should last a day and a max recording time of 100 minutes continuously is much larger than most other 360 cameras. The software lets the overall experience down slightly as there are few instructions and somewhat of a learning curve.

At $560 the camera isn’t the cheapest but can perhaps justify its price due to the unique features it possesses.