Giroptic iO Review: A Neat 360 Camera Accessory for Your Phone

The Giroptic iO is a tiny 360 camera that attaches to your phone. There is a version for both iPhone and Android and it even works with iPad’s. Plug the camera into your phone and you’ll be able to instantly shoot 360 video and photos, then share them online using the very intuitive app. I’ve been using the Giroptic iO for the past few weeks and I must say it’s by far the easiest and most user friendly 360 camera I’ve ever used. I’m really happy with the quality of the 360 photo’s this camera can produce, especially for such a tiny camera, however the video suffers from limited resolution. 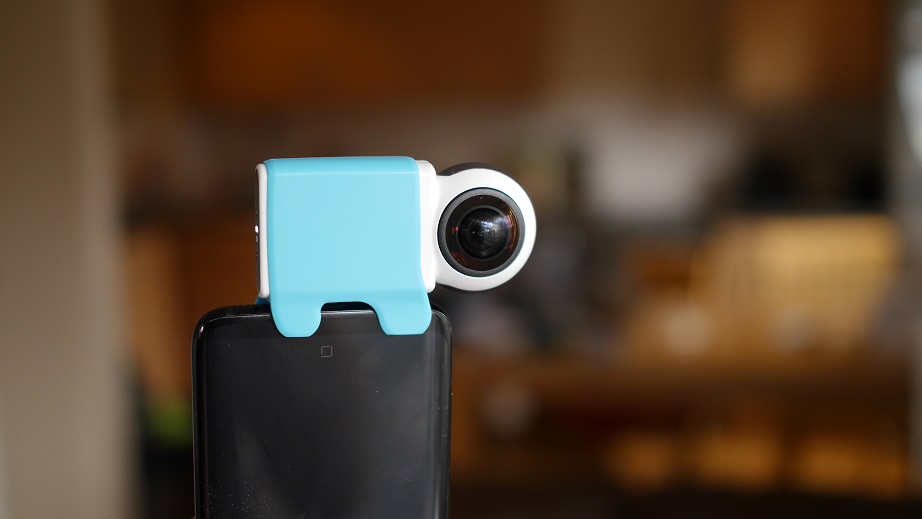 Giroptic iO
Turn your smartphone into a 360 camera with this tiny, easy to use device.
Check Price on Amazon

What you get in the box

I could go on about unboxing the camera and taking a dozen photos of a USB cable from every angle, but I really hate it when other reviewers do this so I’m going to keep this section short and sweet! See the image below for everything you get in the box with your Giroptic iO camera, there are no real surprises. I did like the way the box was packaged though, if that’s something you care about. 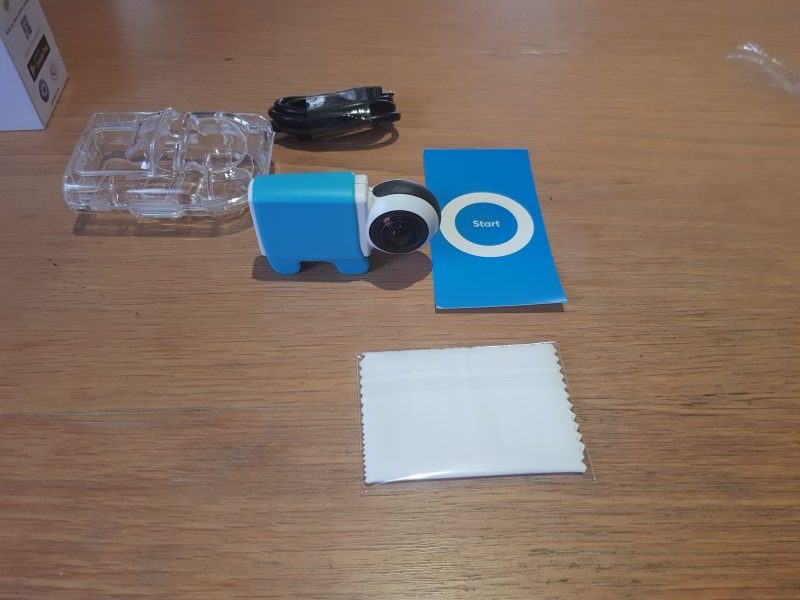 Lets take a closer look at the camera itself. It’s a tiny little device that very easily fits into the palm of your hand. It’s extremely light too, which is important because if it’s going to attach to your phone you don’t want it to be so heavy that it makes holding difficult.

The tiny size of this camera means you can easily carry it around it your pocket without feeling that it’s noticeable. This is one of very few 360 cameras that’s small enough to be pocketable; just be sure to not have anything else in your pockets that could scratch the delicate lenses. 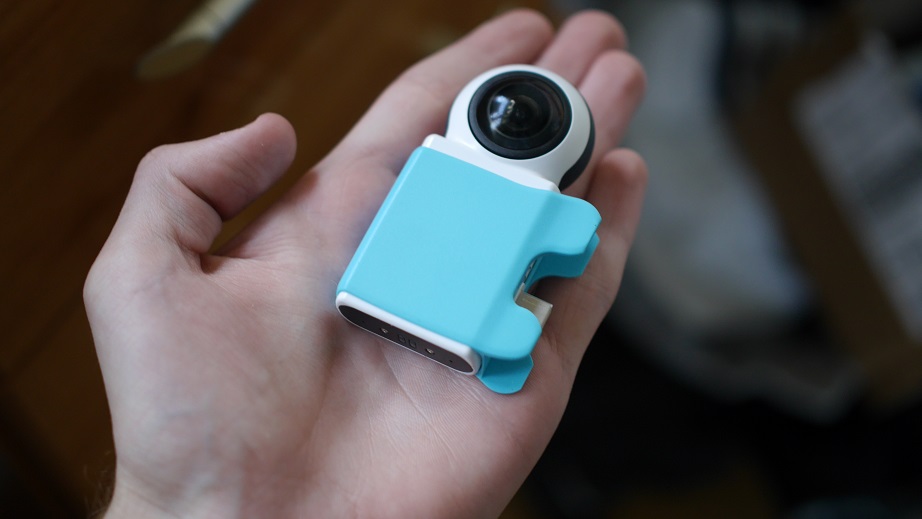 The device is dominated by the two bulbous lenses which provide full 360 coverage with no blind spots. The shape is rather unique and is specifically designed for use with a phone in mind. I should point out out that this camera can’t be used without first attaching it to your smartphone.

How to use it 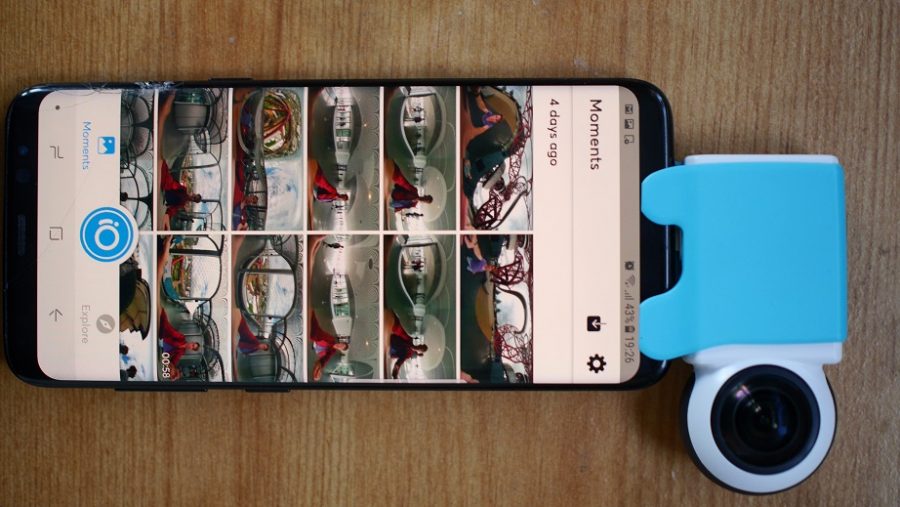 One of the best things about the Giroptic iO is how quick and simple it is to use. Before you plug in your camera, download the Giroptic iO app from either the App Store or Android Play Store. Once downloaded, plug your iO into the charging port of your phone and boom, you’re ready to go.

Because the camera doesn’t need to reply on on a wireless connection to your phone, there are less connectivity issues and waiting times compared with other 360 cameras. With the iO you can be ready to shoot in 360 within 10 seconds, which is extremely refreshing. 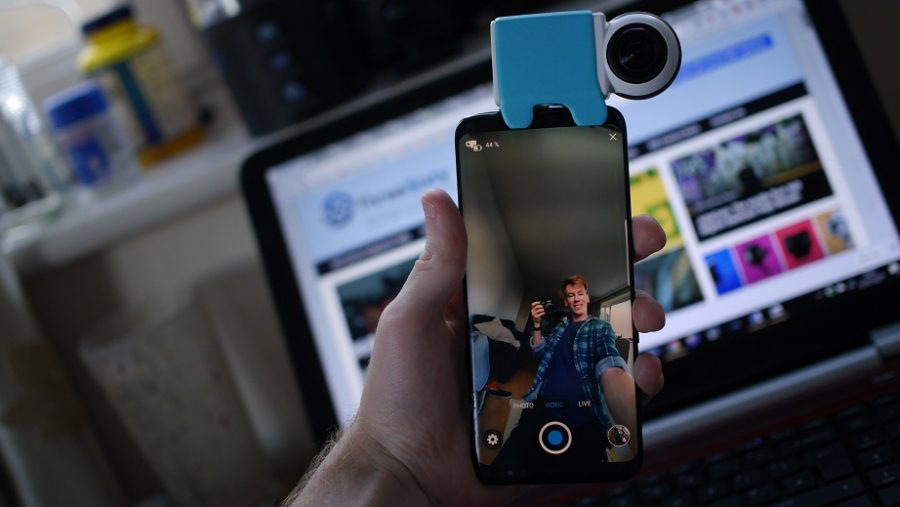 Some people have said that it’s difficult to use the phone + camera one handed, but I’ve found it to be fairly easy after a few minutes, and I have tiny hands!

360 Photos with the Giroptic iO

Let’s get to the stuff that actually matters…. how good is the Giroptic iO for shooting in 360. The iO can shoot both 360 photos and video, so let’s start by looking at the still images

The iO can shoot 360 stills at a resolution of 3840 x 1920, which compared to other 360 cameras of its size and type is pretty good. For example the Insta360 Air (another 360 camera accessory for Android) can shoot stills at 3008 x 1504, so the iO has a significant advantage in this department.

While this camera isn’t going to ever be good enough for professional photography, it does a pretty good job of quickly capturing 360 stills in relatively high quality. This first shot, on a gloomy day, isn’t an example of the camera at its best, but still demonstrates that the iO can take pretty sharp images. One issue I have is that the stitching isn’t particularly accurate, look above the image at the strange building and you’ll see the stitching line pretty clearly. To be fair such an intricate  and complicated building is going to be difficult to stitch accurately, but there is room for improvement there.

My second example photo from the Giroptic iO was taken in better conditions and the quality is slightly improved. I can’t see the stitching line at all, apart from where I’m holding my phone. The camera captures the details of the trees and handles the lighting well. The iO shines when used outside on a sunny day, or inside in a well lit environment.

When viewed on a large screen the images appear slightly blurred, but remember that this camera was designed to be used with smartphones and viewed on a small smartphone screen. Anyone reading this review on a smartphone will probably come away thinking the quality is way better than someone reading it on their laptop, just remember that most 360 content is consumed on small devices.

This indoor shot using the iO actually came out far better than I anticipated. Indoor photography has always been a struggle for 360 cameras and I wasn’t expecting much from this cheap, tiny camera. The room is well lit and mostly empty which does help, but the light isn’t completely over exposed (most 360 camera hugely overexpose direct light) and there isn’t much loss of quality compared to an outdoor shot.

Taking this picture took about 10 seconds, from getting the camera out of my pocket to attaching it to my phone and pressing the shutter button. Most other 360 camera would have required a minute of set up and altering of settings, which I just can’t be bothered to do sometimes.

This last image is just me messing around with the camera, but also shows that the iO’s tiny size comes in handy when you want to take a 360 image in places that would be impossible with a larger camera.

Overall I think the Giroptic iO takes very good 360 photos, definitely the best in its class of 360 camera phone accessories.

So you’ve had the good news, now the bad. I really didn’t get along with the video feature on the iO, I just think the resolution is too low.

OK, so it’s not terrible, but compared to many other 360 camera that sharpness and clarity just isn’t there. I will point out that when viewed on a smartphone this won’t be as much of an issue and the videos don’t look too bad.

The smoothness of the 30fps helps and even the sound is pretty decent, it’s just a shame that Giroptic couldn’t bump up the resolution just a little bit.

I should also point out that the Giroptic iO does come with stabilization software, however only on iOS devices. I’m using an android device so there was no stabilization which probably worsened the overall experience.

Maybe I’m spoiled, because I’m used to shooting 360 video with cameras that can shoot at 4K or 5K, but obviously these are much more expensive and not as easy to use as the iO.

The iO is fully compatible with Facebook and Google’s livestream feature and setting up a stream takes less than a few seconds. Just use the app to sign into your account and press the livestream button, then you are ready to go! You’ll be able to see who’s watching and their reactions as you stream.

Again, the livestream quality is limited by the cameras video resolution, but you can’t fault how easy it is to use. 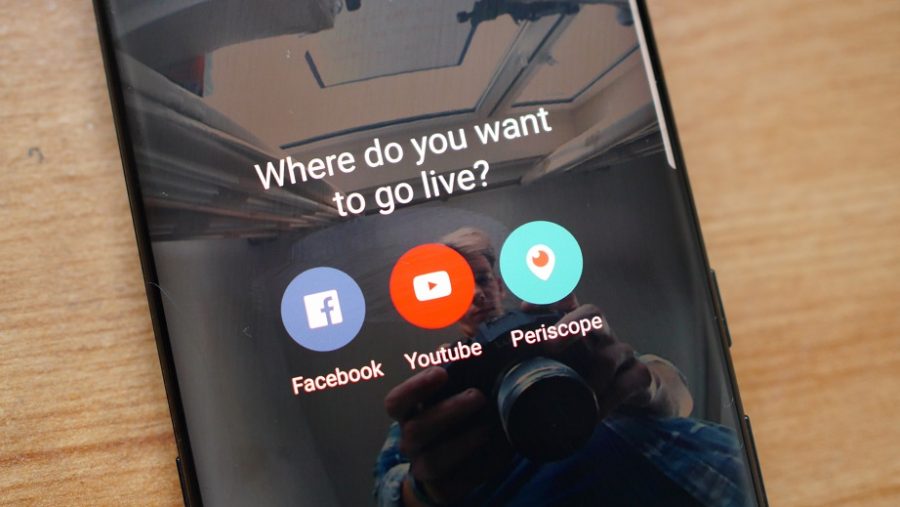 Other features and issues

The iO comes with a waterproof case, so you can take it underwater and shoot in 360. I’ve not had a chance to do this and even if I did, underwater 360 shots are notoriously hard to get right. Still, it’s a nice extra and could come in handy if your next vacation spot has crystal clear water for you to shoot in.

Most 360 cameras come with various software issues, mostely because this is a fairly new medium and no one really knows how to make the perfect camera. I’ve actually been very impressed with the lack of issues I’ve experienced when using the iO, it’s one of the only 360 cameras that’s worked well right out of the box. Some exceptions include:

That’s about it. Neither of these issues are a deal breaker and will hopefully be fixed in future updates.

The Giroptic iO is without doubt the easiest 360 camera to use as well as he most portable. It’s well made, works right out of the box and can shoot great 360 images. Video is a bit of a let down thanks to a low resolution, but when viewed on a small screen this isn’t as much of an issue. The price of the camera, while not expensive, is a bit higher than some of its competitors. You’ll have to weigh this against which features are most important to you. If you want an easy to use 360 camera and you mostly see yourself taking photos, this is the best 360 camera to do that right now. If you want to shoot higher quality video and don’t mind a bulkier device then maybe the Gear 360 is a better option.

I always have to decide whether I’m going to keep each camera I acquire to review, in this case I’m going to be keeping my Giroptic iO. It’s not going to be my main camera, but if I want to quickly shoot something cool and don’t have time for any set up, I’ll always know this little device is ready to go in my jacket pocket.