As we propel into 2018, I thought it would be a good time to do a round-up of the best value 360 cameras available right now. Take note of the word value, this is not a list of the best overall cameras, but the ones that provide the best bang for your buck. If we look at the variety of cameras available, the difference between the start of 2017 and now is vast. A vast number of new cameras have been released with new innovations and hugely improved software. 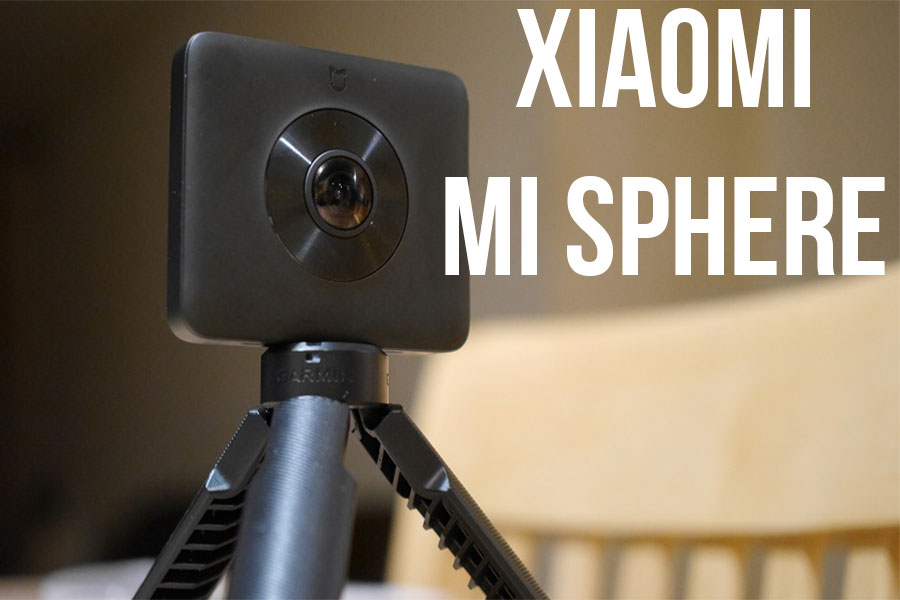 The Xiaomi Mijia Mi Sphere is my number one choice for the best value 360 camera of 2018. If you want a 360 camera that can shoot decent video and excellent photos, then this cheap camera is for you. The Mi Sphere was released in 2017 and since then has become one of the most popular 360 cameras ever, mostly thanks to its low price and excellent performance

The main downside of the Mi Sphere is that it only shoots in 3.5K resolution; 4K is generally considered the sweet spot for 360 cameras. Having said that, there has been a suggestion that the Mi Sphere will be upgraded with a software update to allow it to shoot in 4K. Even if this doesn’t happen, the lenses in Mi Sphere are so good that they often outclass other 360 cameras that can shoot in 4K. In fact, why don’t we take a look at some footage and photos shot with the Mi Sphere.

In this video I compare footage shot with the Mi Sphere with its closest competitor price wise, the Samsung Gear 360. You’ll see that the Mi Sphere outclasses the Gear 360 despite the latter shooting at 4K resolution

The Mi Sphere, despite being one of the cheapest 360 cameras, is among the best when it comes to photography. The sensors can capture 23 megapixels which is enough for a sharp, clear image. There are numerous manual controls that allow you to adjust for different environments, making the Mi Sphere one of the best 360 cameras for low light photography too.

The Mi Sphere isn’t the best 360 camera ever, but you won’t find an equally good 360 camera at this price. If you are thinking of buying your first 360 camera, or want to upgrade from an older model without spending endless hundreds, then the Mi Sphere will most likely be a great option for you.

You can buy the Mi Sphere from Gearbest.com who ship to over 200 countries. 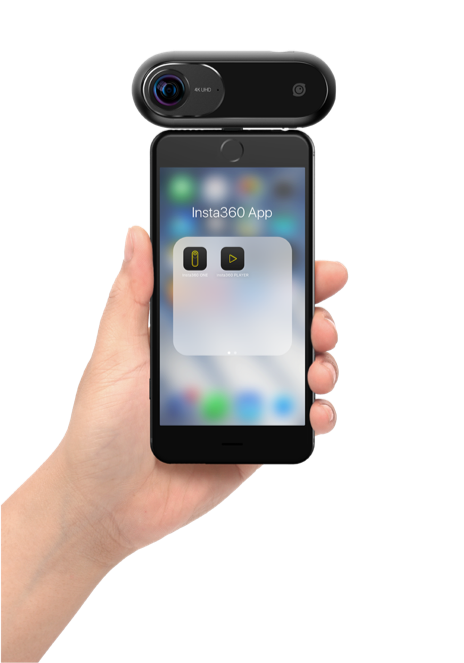 The Insta360 One’s headline features include 4K 360 video which looks great most of the time, 23 megapixel photos and 3 new video modes for non 360 video.

The new video modes are called Freecapture, Smart Track and Bullet Time. Of these, the most useful is Freecapture, which allows you to turn your 360 video into a flat HD video. Here’s what it looks like:

A feature similar to this can be found on other 360 cameras like the GoPro Fusion and VIRB 360, but these cameras are far more expensive than the Insta360.

Of course the Insta360 One also shoots in full 360 degrees, and it does so very well. This is one of the best value 4K 360 cameras considering the quality of the video, take a look for yourself:

The phone can attach directly to your phone, at which point you can use it as a 360 camera accessory, or you can use a tripod or selfie stick. 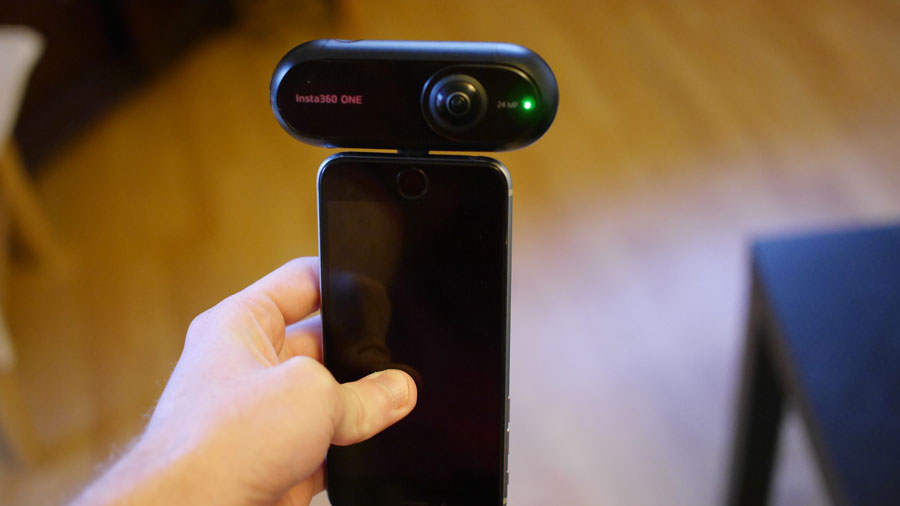 My main gripe with this camera is that there is no live preview when shooting, but to be honest this hasn’t really been a big deal because when you shoot in 360 you don’t need to aim at anything.

If you want a 360 camera that is a good all-rounder with some unique features, then the Insta360 One is a relatively inexpensive option. 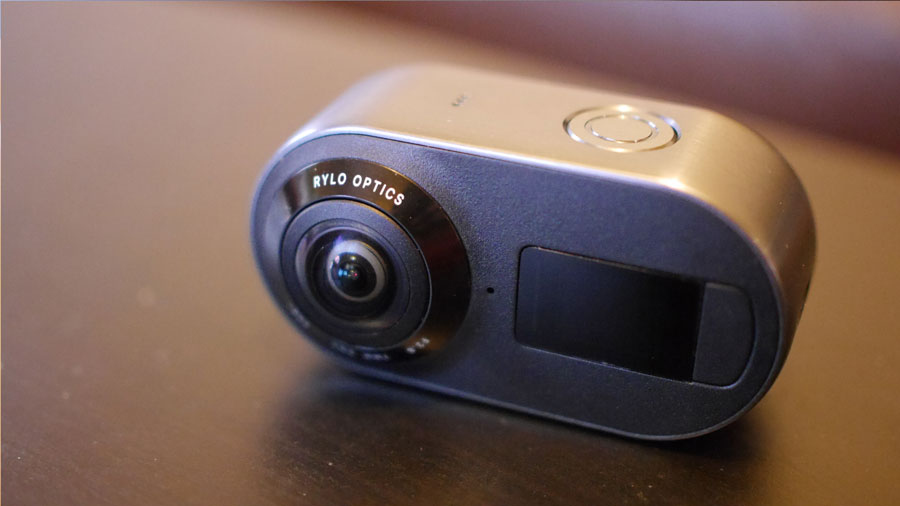 The stand out feature of the Rylo has got to be its software stabilization, which beats out any camera I’ve ever used. You can go running, cycling, surfing and skiing with the Rylo and the video will be silk smooth. This kind of stabilization was previously only possible with the use of an expensive gimbal.

Rylo Stabilization Before and After

Even in challenging conditions the Rylo can shoot near perfectly smooth video, so if you want a camera than can handle movement, this is by far the best option.

Another great feature is the re-framing mode, which allows you to create flat HD video. This is similar to the freecapture mode found on the Insta360, but the Rylo does it so much better. Here is what it looks like:

This effect is achieved by first shooting in 360, then using the Rylo app to choose when and where the camera is pointing. This means that you’ll never need to worry about missing anything or even touching your camera at all while shooting.

The Rylo can also shoot full 360 video too and at 4K resolution, it looks great.

One downside to the Rylo is the lack of manual controls and a lower quality photo mode. This is a camera designed primarily for video (both 360 and non 360). 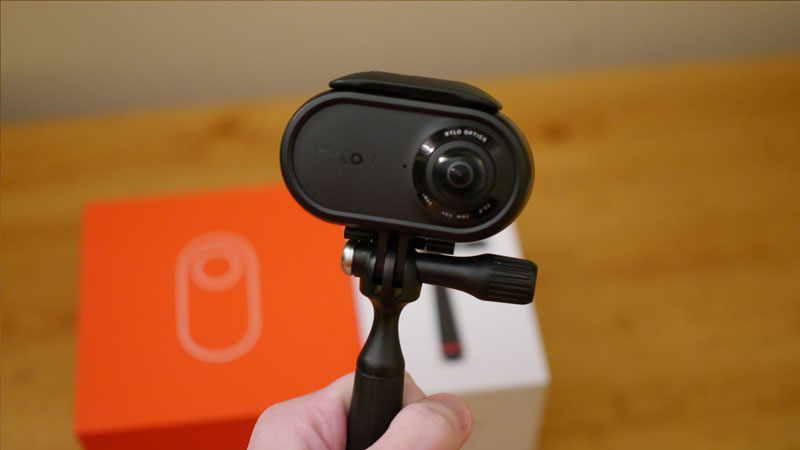 If you are willing to spend a little bit more on the Rylo, you’ll have a future proofed camera that can do things no other 360 camera can.

The Rylo is Available on Amazon.com