Adding text to a 360 video isn’t as simple as adding text to a normal video. If you use a standard editing program to add text to your 360 video then the end result will be warped and curved text which doesn’t look particularly professional. This is due to the way 360 video is created and is unavoidable, however there are a few ways to add text to that it appears correctly – I’m going to show you the quickest and easiest way.

How to add text to your 360 video using VIRB Edit

The only program you’ll need to add text to your 360 video is VIRB Edit. This is a free 360 video editing program from action cam makers Garmin, who recently released their own 360 camera called the VIRB 360. VIRB Edit works with 360 video from any 360 camera, in my example I used footage shot with the Gear 360.

Once you launch the program you’ll see an “import” button where you can import which even clips you’d like to add text to. 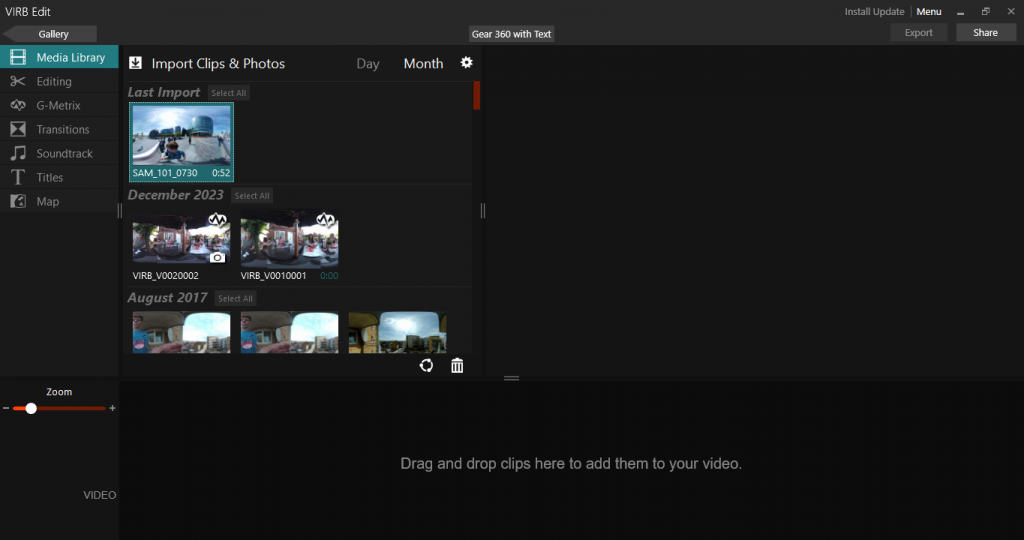 Drag the clips you want to edit into the timeline, circled in the image below. 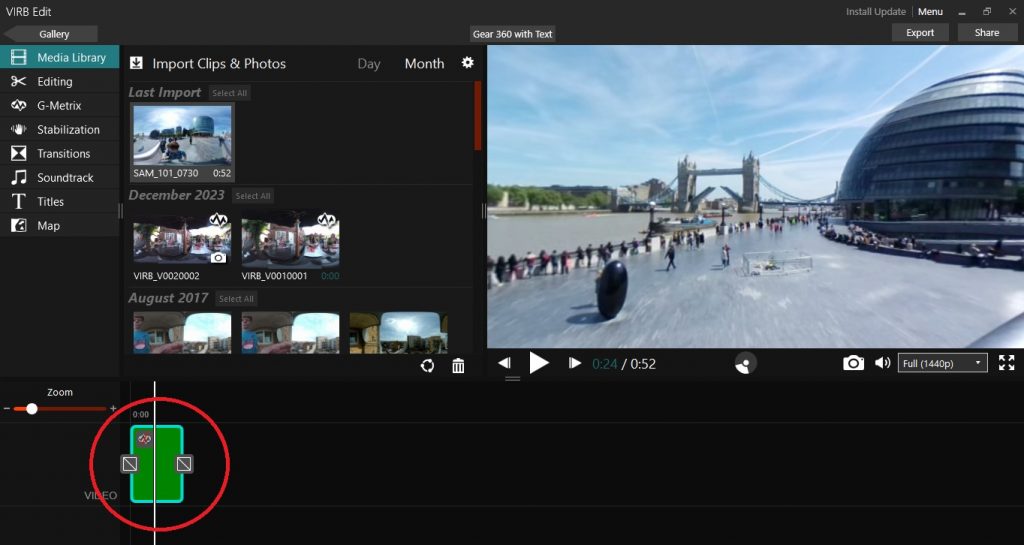 On the side bar, click on the “titles” button. This brings up the title screen which is where you can add text to your video. Click “Add Title” to bring up further options. 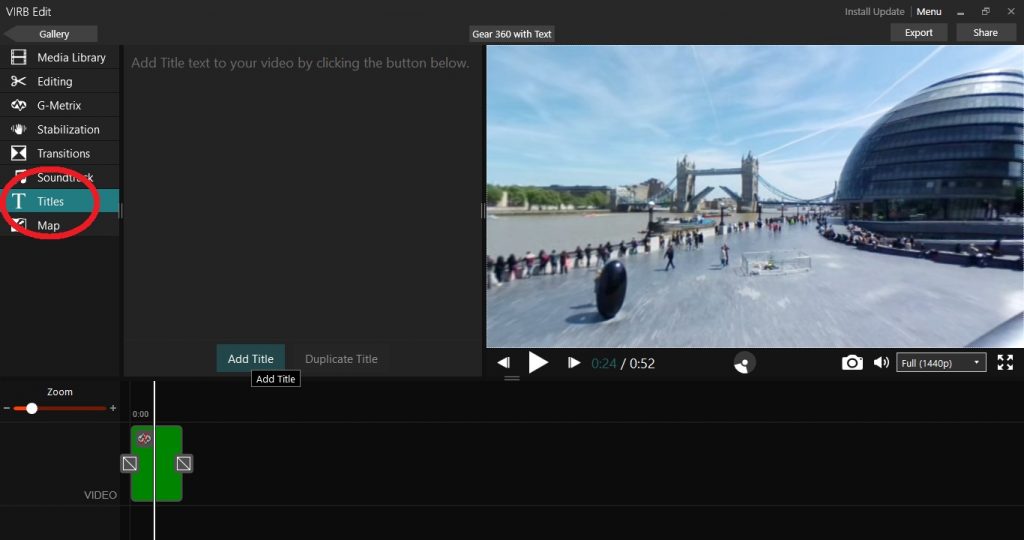 You’ll see options for imputing text, choosing the size, colour and font. You can also select how long the text will appear for and at what point in the video it will appear. All of this can be changed after you input the text. 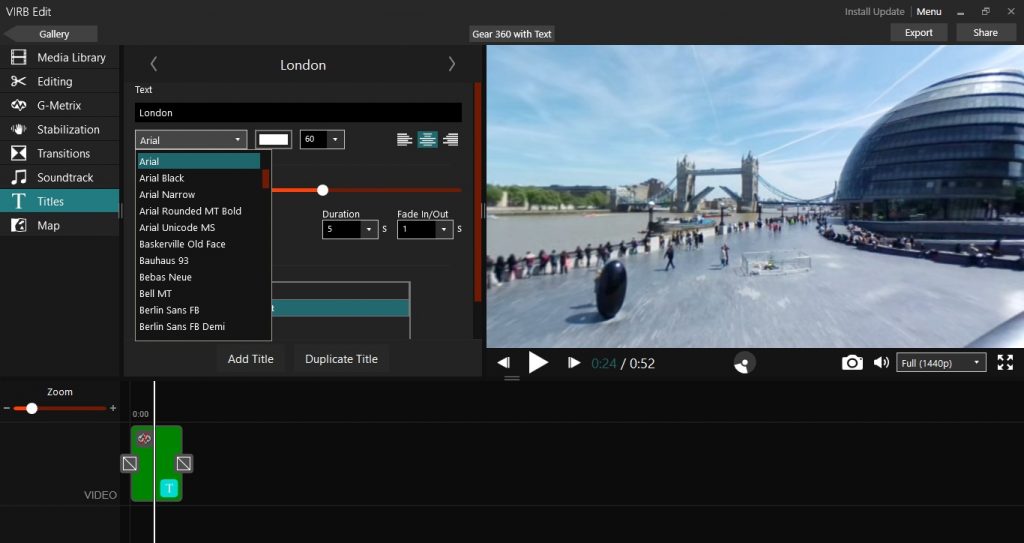 Once you have finished calibrating your text settings, click “Add title” and your text will appear in the preview screen. You may need to look around the 360 image to find the text. You can select it on the screen and move it to a position of your liking 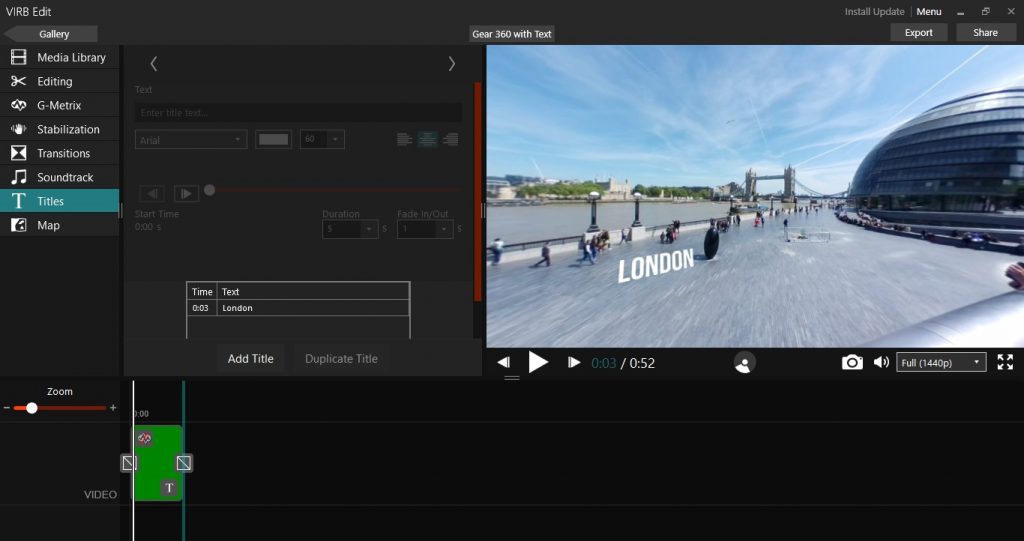 Once your text is in the right place you can adjust the settings until you have something you like. 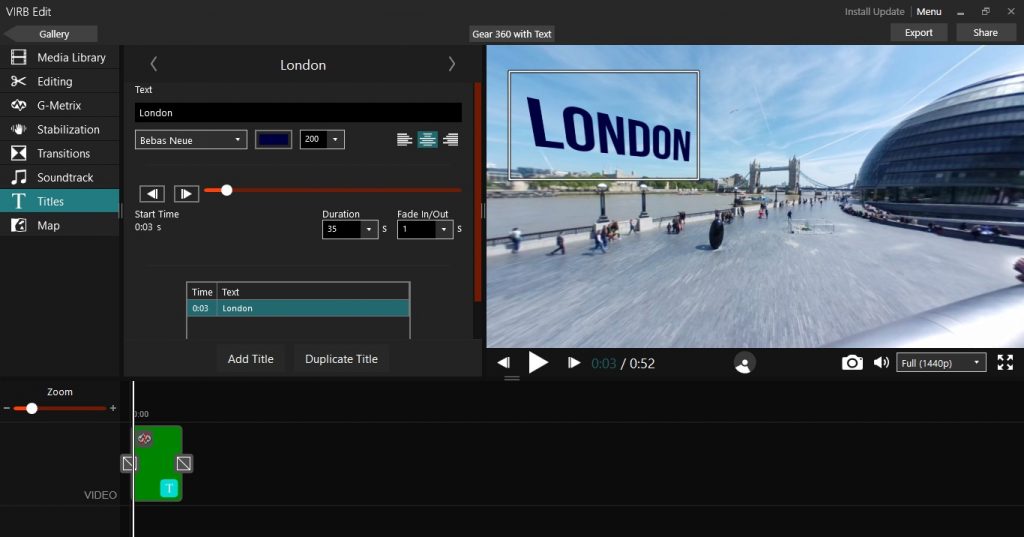 If you want to add more text to your video you simply need to repeat the process. If you want text that is the same size and color, then you can duplicate the text you just created then change the wording to save time. 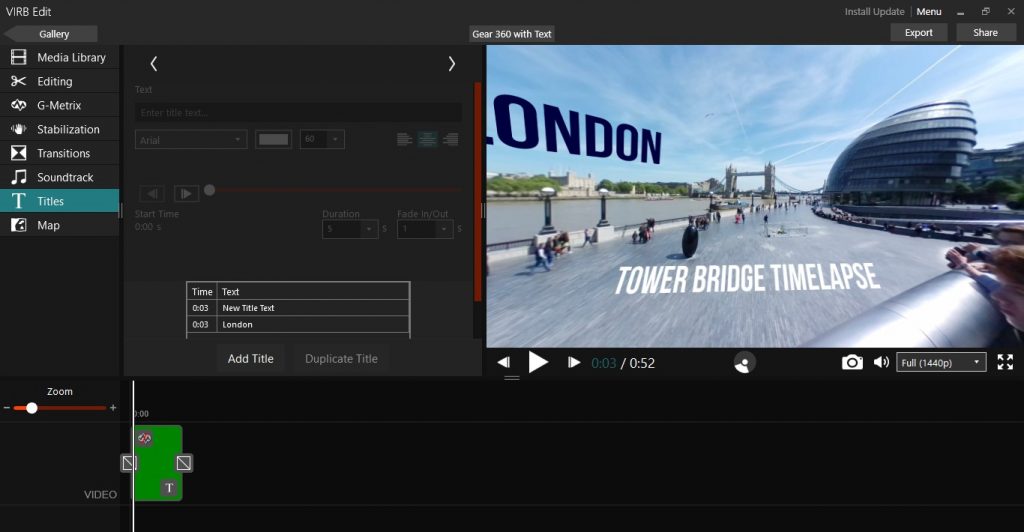 Once you have added all the text you require and finalised your settings, click the “export” button on the top right hand corner. You’ll then be taken to the export screen where you should select the highest settings to maintain video quality. Click the export button when you are done and your video will be processed. 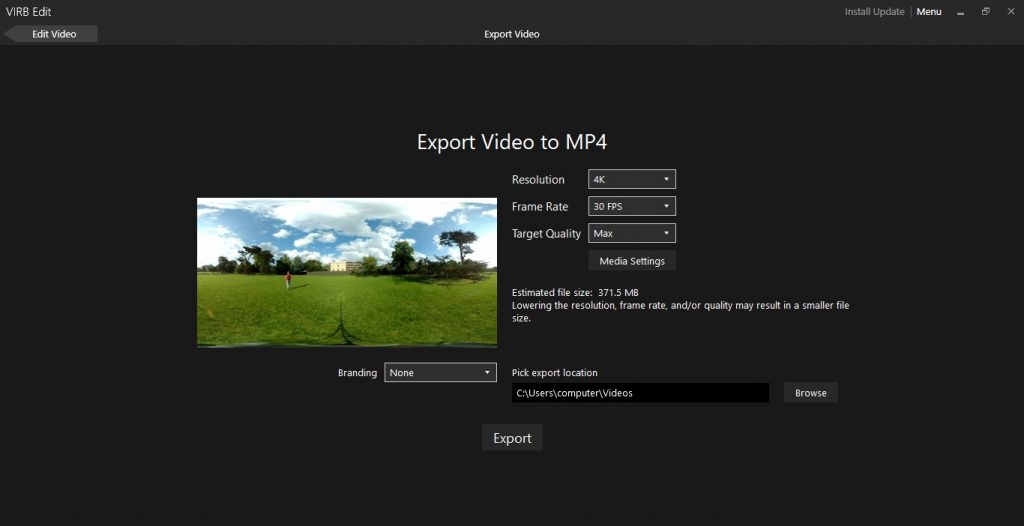 That’s it! Your video will now have text included which works perfectly in the 360 format, rather than warped or curved. This is a simple and easy to use editing program which works with all 360 cameras I’ve tried it with. If you want more advanced features, you are gonig to have to use Adobe Premiere Pro or After Effects with some special plugins applied, which is vastly more complicated.

I hope this has helped you. If you want more tips, tricks and to keep up to date with the world of 360 camera, opt in to my email alerts.

Want more tips like this? Join my private 360 camera Facebook group where we discuss 36 cameras and how to use them